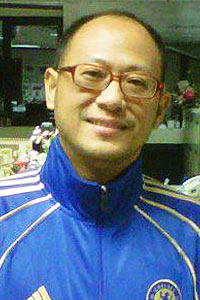 The outrageous cases of a rich cop linked to the torture and murder of a drug suspect and "Boss", the runaway lad from the Yoovidhya family, in the notorious hit-and-run saga attest to the fact that promises by Prime Minister Prayut Chan-o-cha to revamp the police and justice system are nothing but a farce.

The forthcoming no-confidence debate is set to be the toughest challenge posed by the opposition bloc against the Prayut Chan-o-cha government.

Thailand has witnessed a rise of violence in a series of clashes over the past weeks between anti-Prayut Chan-o-cha government protesters and riot control police that have resulted in injuries on both sides.

Crisis of faith is reaching a crescendo

The harsh words by MC Chulcherm Yugala, a staunch royalist, against the Prayut Chan-o-cha government, denouncing its poor handling of the Covid-19 outbreak, have stunned political observers and supporters of the prime minister. Given his senior royal status, the prince's criticism has triggered wild speculation over a possible new prime minister endorsed by the palace.

The delay in Thailand's AstraZeneca vaccine delivery plan is indeed a bad omen for the embattled Prayut Chan-o-cha government.

The poor performance of the state in controlling the Covid-19 pandemic, with record numbers of infections almost every day, has stripped Prime Minister Prayut Chan-o-cha and his government of the public's confidence.

With vaccination success in sight, Prime Minister Prayut Chan-o-cha could be planning to take political advantage, dissolving parliament and calling a snap election.

Jab rollout must be fair and transparent

With assurances from AstraZeneca and Siam Bioscience that 1.8 million Covid-19 vaccine doses will be delivered in time for Monday -- the planned date for the launch of the kingdom's mass inoculation campaign -- plus an additional six million doses by the end of the month, the Prayut Chan-o-cha government may feel it can breathe a sigh of relief.

Now not the time for 'vaccine politics'

With the third wave of Covid-19 showing no signs of abating, the government's vaccination plans face hurdles prompted by a lack of unity among state agencies.

If Prime Minister Prayut Chan-o-cha cannot curb the latest domestic wave of Covid-19 quickly, public confidence in his administration could wane to the point of crisis.