Power poles were bombed, tyres and communication towers burned and anti-government banners put up in many places in the three southernmost border provinces early on Friday.

Two more pipe bombs with digital wristwatch-timers were found at the same poles, but were defused before they detonated.

In Yala, two communications masts were set ablaze in Muang district and tyres were burned at two places on Highway 410 in Krong Pinang district.

Similar incidents were reported in Bannang Sata district and Than To district, where banners were also raised.

In Pattani, banners and burning garbage bins, tyres and communication towers were found in Yarang, Mayo and Nong Chik districts.

In Songkhla, anti-government banners were raised in Saba Yoi and Thepha districts.

Security teams cleared the locations and removed the banners without any further trouble.

Local security sources speculated the incidents were a response to the recent death penalty and life imprisonment sentences handed down to defendants in a Pattani bombing case. 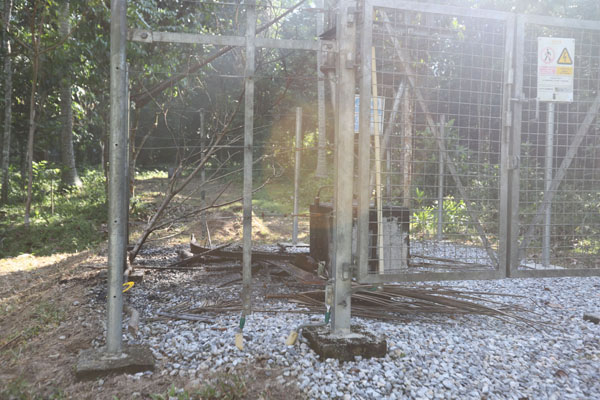 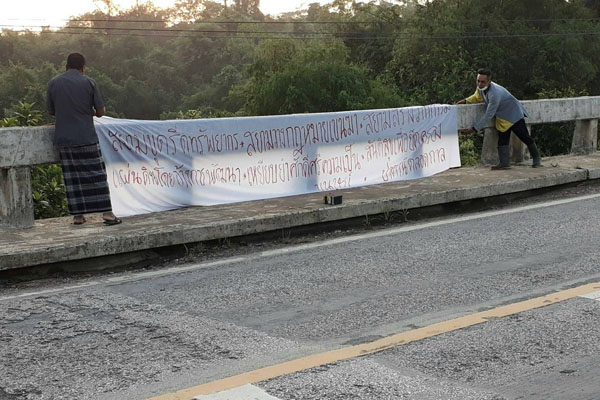 One of the anti-government banners found at several locations in Songkhla province on Friday. (Photo by Assawin Pakkawan)