A Bangkok Mass Transit Authority worker disinfects a bus at the depot of Bus Route 140 in ฺBang Khunthian district of Bangkok on Tuesday. A female bus driver on the route was the latest Covid-19 fatality. (Photo: Arnun Chonmahatrakool)

Thailand reported 34 new coronavirus infections on Tuesday, for a total of 2,613 cases, a health official said. There was one additional death, that of a Bangkok bus driver who had been drinking with nine infected people, taking the nation's toll to 41.

The number of confirmed new cases was higher than the 28 recorded on Monday, and the uptick comes after six straight days of declines since the 111 recorded on April 8.

The peak number of confirmed cases so far was the 188 recorded on March 22.

Dr Taweesilp Visanuyothin, spokesman for the government’s Centre for Covid-19 Situation Administration, said the deceased bus driver was a 52-year-old woman who suffered from hypertension and an enlarged heart. She had been drinking with friends, one of whom was previously infected with Covid-19. Eight others in the drinking party developed symptoms later.

The woman fell sick on March 26 with a fever, cough, sore throat, runny nose and phlegm. She was examined at a hospital in Samut Prakan province and returned to work.

On April 3 she developed a fever and also had diarrhorea, shortness of breath and fatigue. She tested positive for Covid-19 on April 4 and died on Sunday.

“Ten people in her drinking group tested positive for Covid-19. We have learned from the fatalities, and it will be good to refrain from the activities they participated in,” Dr Taweesilp said. Her death raised the accumulated toll in Thailand to 41.

The bus driver's death caused an outcry when it was first reported on Monday afternoon, because the Bangkok Mass Transit Authority allegedly failed to disclose her diagnosis after she tested positive on April 4.

The 34 new cases recorded on Tuesday included 27 people in close contact with previous patients, two people who returned from Italy and Malaysia, two medical personnel, one visitor to a crowded place, one who worked in a crowded place and one person who was quarantined in Satun province after returning from Indonesia.

The 34 patients comprised eight in Bangkok, six in Yala, five each in Pattani and Phuket, four in Nakhon Si Thammarat, two in Samut Prakan, one each in Loei, Phanga and Satun and one case under investigation.

The Phuket provincial panel on Tuesday separately reported an additional 10 cases, not all of which were included in the Goverment's tally, including a 1-year-old boy.

So far, 1,405 patients have recovered and been discharged from hospitals while 1,167 remained hospitalised. The biggest group of patients was in the age range of 30-39, the spokesman said.

He pointed out that 61 out of over 70 returnees from Indonesia had already tested positive for Covid-19.

“This raises concerns about other Thai people returning from other countries," Dr Taweesilp said. "What would have happened to local communities and the country if these people had just returned home and not been quarantined."

Because a relatively small number of people have been tested, it is impossible to say how far and how fast the virus is spreading, and it is essential to maintain frequent hand washing — for 20 seconds each time — as well as strict social distancing. 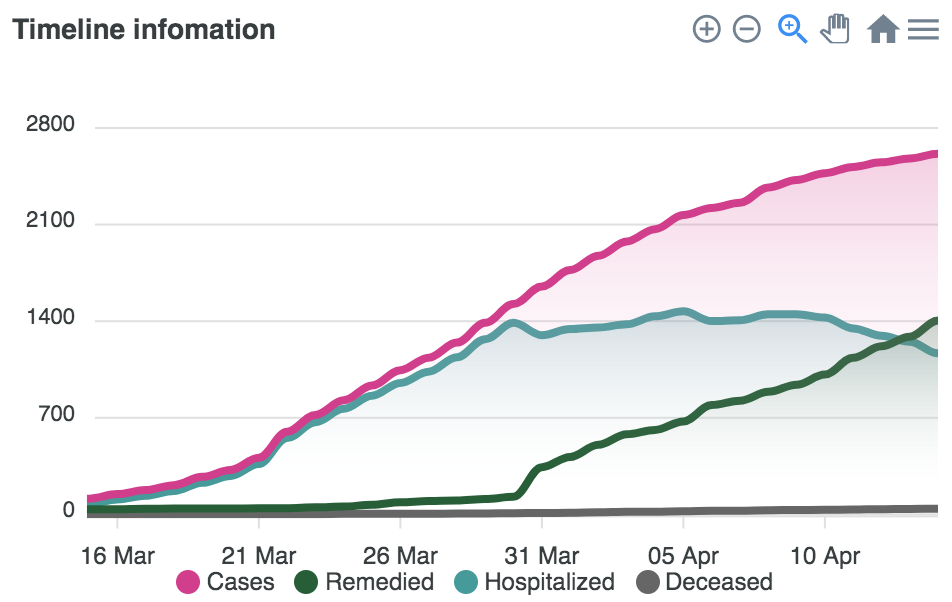