A woman wears a protective face mask while commuting by boat on the Chao Phraya river in Bangkok during the coronavirus disease (Covid-19) outbreak, on Wednesday. (Reuters photo)

The number of recovered cases is now 1,593 -- a substantial increase of 96 over Wednesday's figures.

Thursday's tally of new cases was marginally lower than the 30 recorded on Wednesday.

The highest daily toll to date was the 188 recorded on March 22. Because testing has so far been limited, the actual number of cases may be higher.

The average age of Covid-19 patients was 37. The oldest was 91 and the youngest just 1 month.

Dr Taweesilp Visanuyothin, spokesman of the government’s Centre for Covid-19 Situation Administration, said the number of new cases had dropped thanks to the 10pm-4am curfew imposed on April 3.

“If we relax the measure today, negative repercussions are possible in the next 14 days. The relaxation should not happen too soon,” he said.

The new 29 cases included 14 people in close contact with previous patients, two returnees, two who worked in a crowded area or closely with foreigners, and one visitor to a crowded area. Ten cases were under investigation.

Of the 2,672 accumulated patients in 68 provinces, 1,593 have recovered and were discharged from hospitals, while 1,077 remained hospitalised. The biggest age group of Covid-19 patients was now 20-29 years old, Dr Taweesilp said.

Dr Taweesilp said the 44th death was a Malaysian man aged 55. He was a tour guide and did not suffer from a chronic disease.

He worked in Georgia from March 13 to 19 with a client who contracted the novel coronavirus. The guide arrived in Thailand on March 19 and fell sick on March 21.

Dr Taweesilp said that after coughing and feeling exhaustion, the man sought treatment at a hospital in Bangkok on March 29 and was diagnosed low blood oxygen saturation. A lung X-ray revealed pneumonia and he tested positive for Covid-19.

His condition deteriorated over the next two weeks, and he died on Tuesday.

The 45th death was a Thai woman aged 45, a company employee who had diabetes and high cholesterol and had failed to receive regular treatment.

She fell sick on March 20 with coughing and exhaustion. She sought treatment at a private hospital and returned home with medicine.

After her condition deteriorated, she returned to a hospital on March 26. She was diagnosed with severe pneumonia and blood infection, and a Covid-19 test returned positive on the following day.

In spite of treatment, the patient became increasingly tired and her condition worsened. She died on Wednesday.

The 46th death was a Thai man aged 37. He was a backhoe driver with hypertension and obesity. His wife worked at a restaurant in Sukhumvit area of Bangkok. After the restaurant was closed, she returned home to Prachin Buri province on March 18.

On March 22 the man developed a tonsil infection and a high fever. He sought treatments at clinics, but after his symptoms worsened a doctor told him to go to Prachin Buri Hospital. He was admitted there on April 6 with a high fever of 39.1 degrees Celsius. He fainted and was immediately placed on a ventilator. He tested positive for Covid-19 and his condition deteriorated until he died on Wednesday. 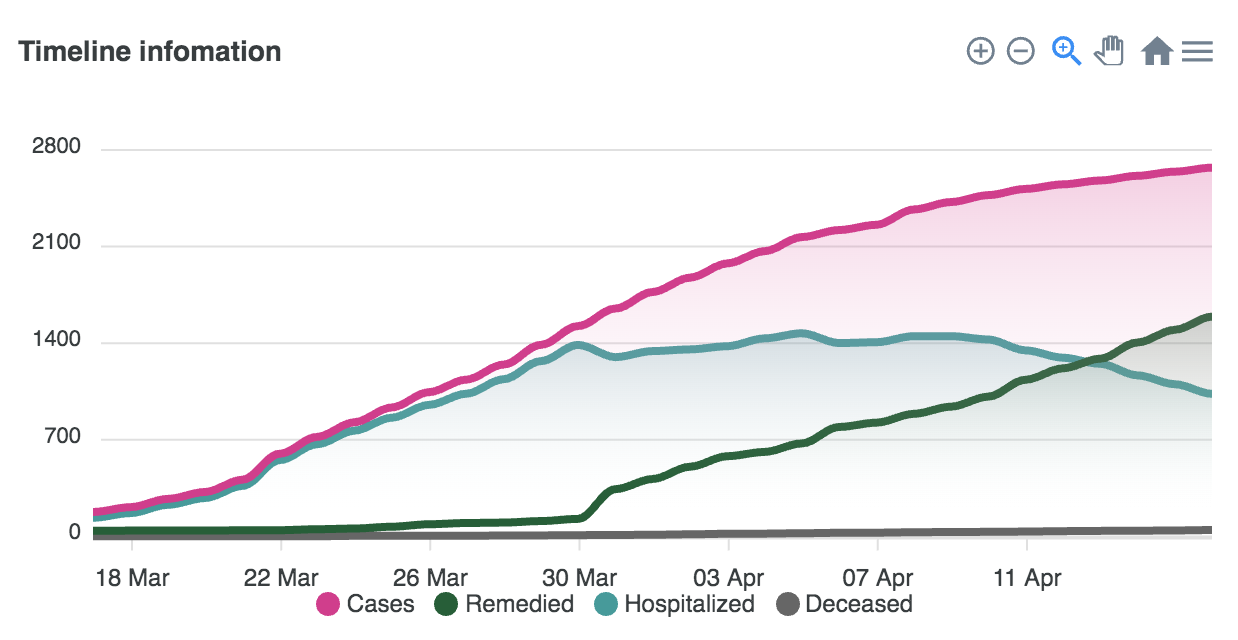