Opening minds with an ancient 'mandala'

Travelling around Thailand is a good way to learn about local history and culture. The challenge, however, is how to understand the country's ancient past beyond the usual nationalistic fervour.

The huge Khao Khlang Nok stupa in the ancient city of Si Thep is the biggest Dvaravati monument in the country. (Photos by Sanitsuda Ekachai)

Anthropologist Srisakra Vallibhotama has the answer.

According to textbook history, an influx of ethnic Thais from Yunnan in southern China migrated into upper Siam, ousted the Khmer rulers, founded Sukhothai and spread their new power far and wide. Sukhothai became the first Thai kingdom in the 13th century, followed by the kingdoms of Ayutthaya, Thonburi and Rattanakosin.

"I don't buy this first-kingdom theory. It's a product of Thai nationalism," Ajarn Srisakra says bluntly.

Archaeological finds in Sukhothai were interpreted through a Thai nationalist lens when the country was threatened by Western colonisation during the reign of King Rama VI, he explains. The government of Plaek "Pibun" Phibulsonggram then fanned the nationalistic fervour to foster the idea of Thai racial superiority and to strengthen his political standing as "leader" during World War II. This theory has now become the standard "truth", taught in schools nationwide. 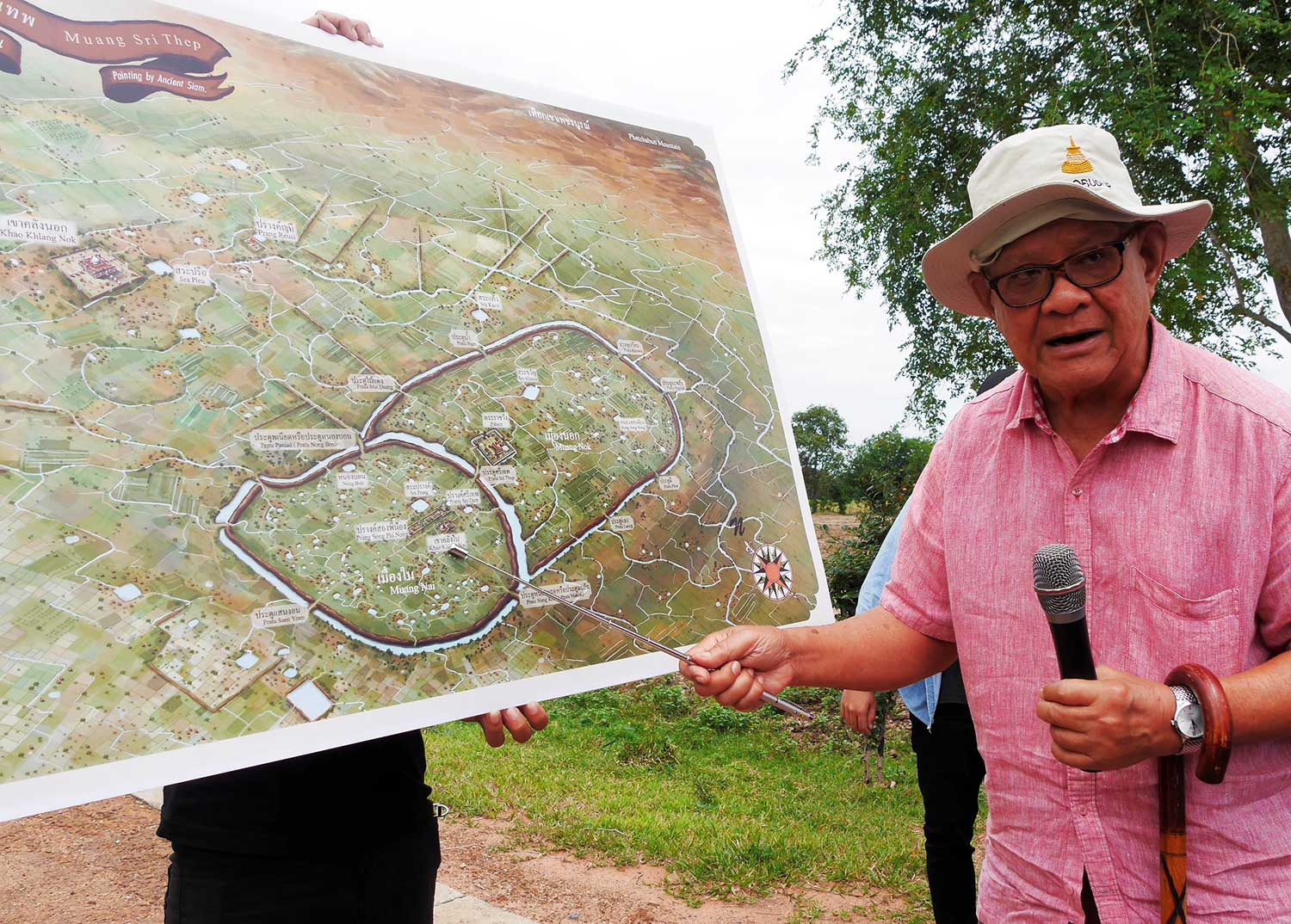 "Sukhothai was a great ancient city. But it was not a kingdom," he asserts, defining a kingdom as a political power centre with centralised administrative mechanisms.

By this definition, the first such kingdom with unified political leadership did not emerge until the 15th century when King Borommatrailokkanat of Ayutthaya spearheaded bureaucratic reform, institutionalised royal and noble ranks, succession rules, and a hierarchy for vassal states so as to expand his power.

The focus on kingdoms from Sukhothai to Bangkok in national history has wide-ranging cultural and political repercussions. Firstly, an emphasis on power centres blinds citizens to their own ancient roots in towns and communities beyond Sukhothai and its successors.

The political focus on the Thai race as the "owner" of the country also conflicts with the reality that Thailand has long been a multicultural society.

So how do we achieve a better understanding of the ancient roots of a place? 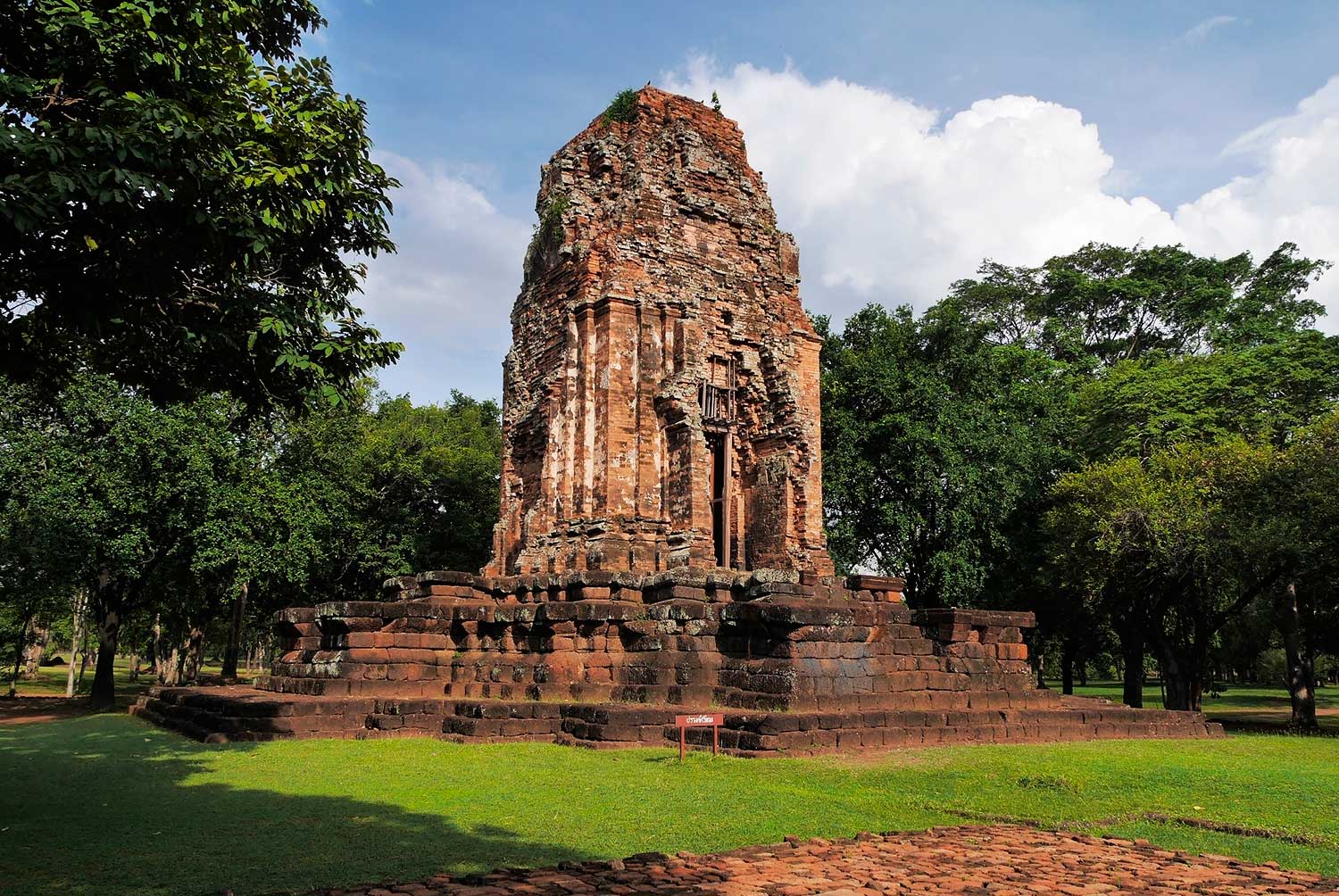 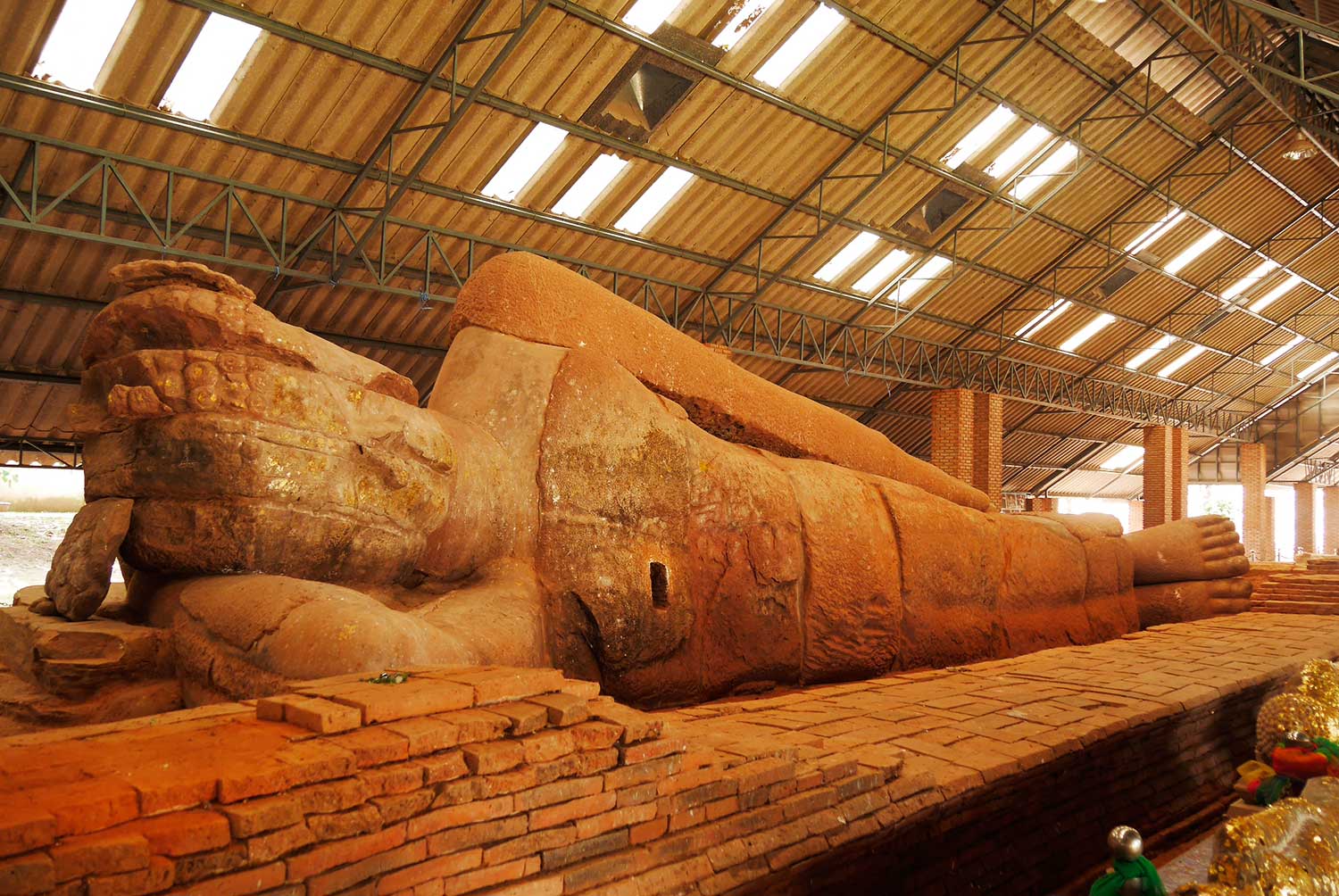 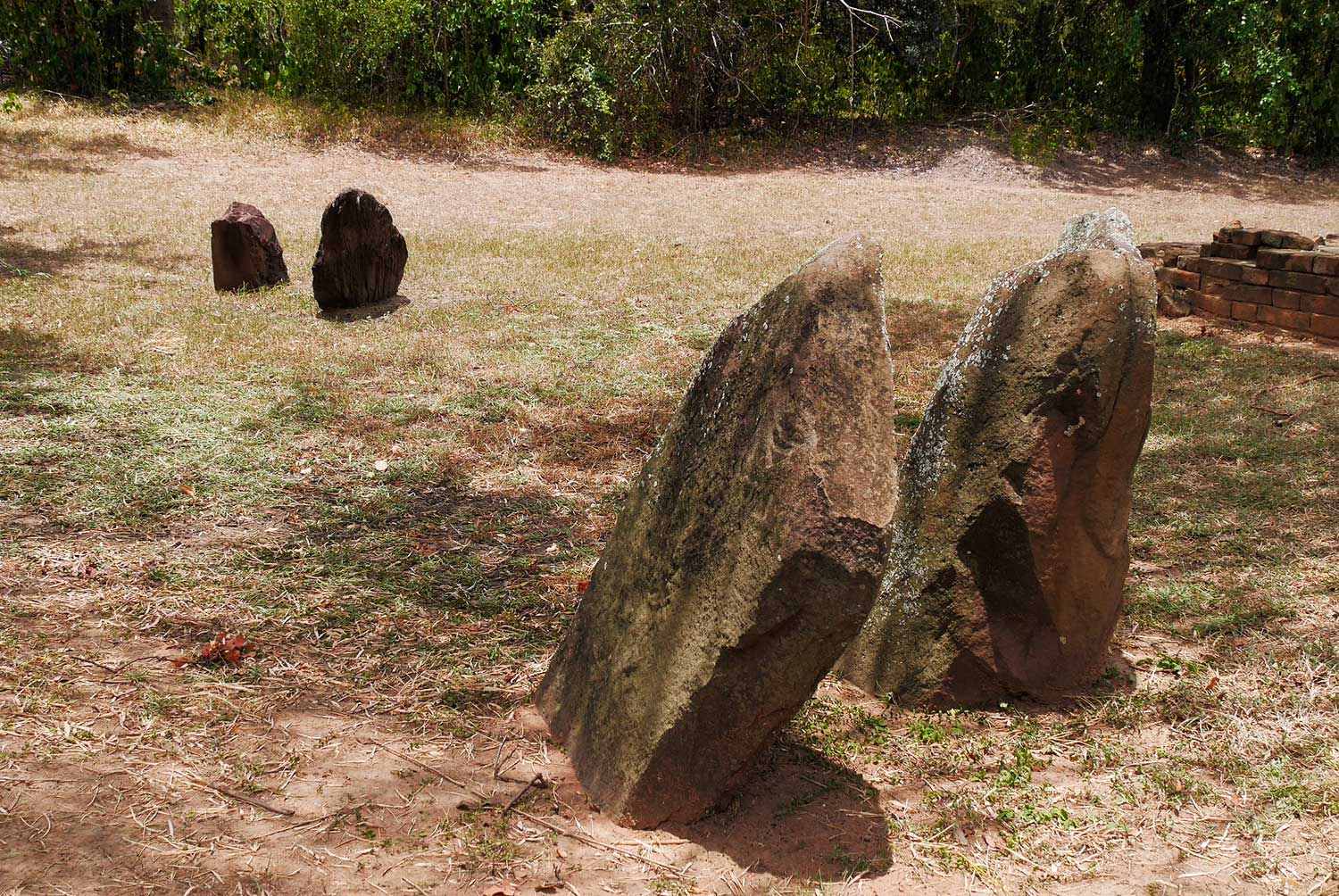 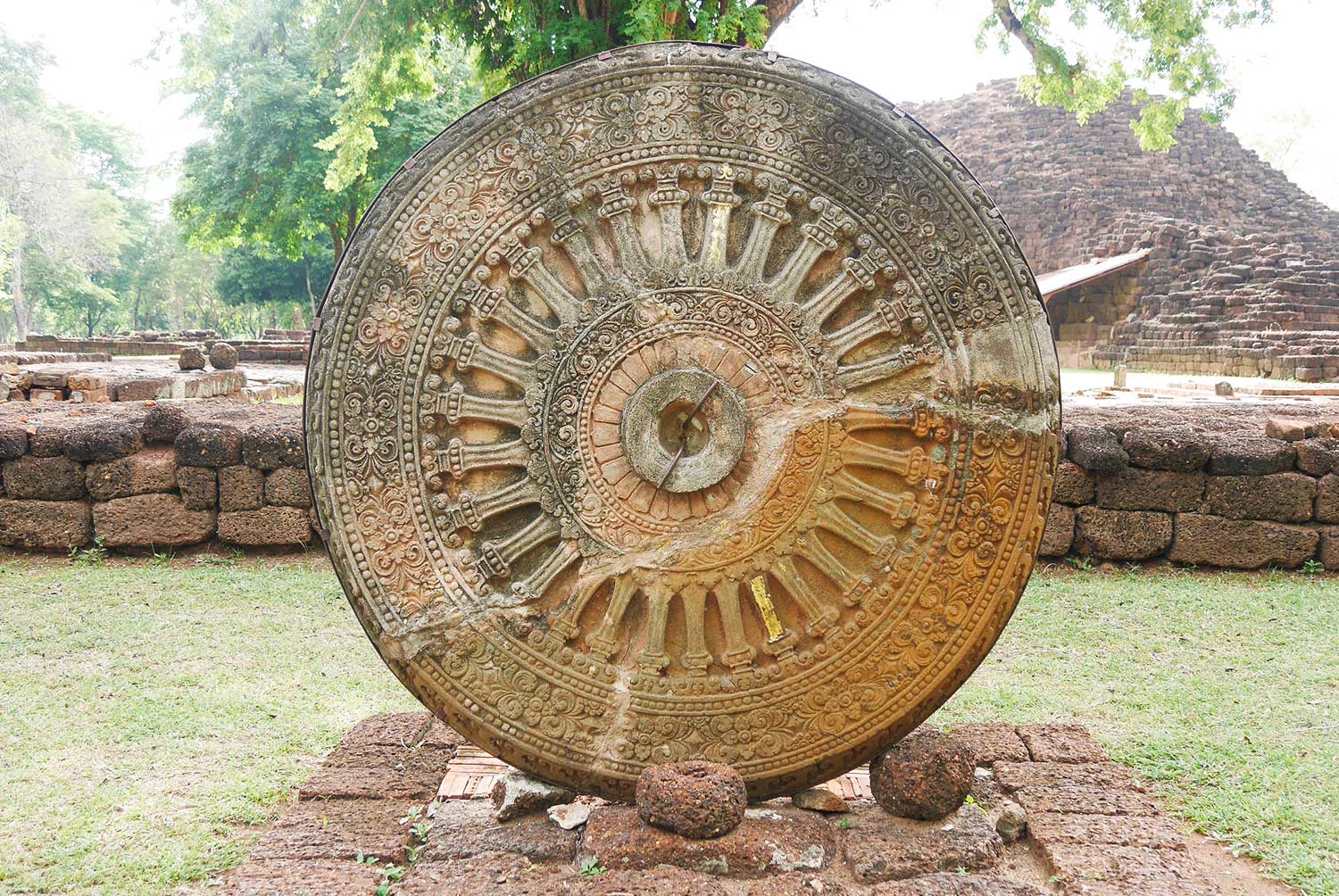 "Study its local topography and position on ancient trade routes, because these factors determined how cities emerged, flourished, and faded away," the anthropologist-archaeologist advises.

"Understand also that the prevailing political system in ancient times was a loose conglomerate of principalities tied together through kinship and marriage," he says. This circle of principalities is called the "mandala" system, which prevailed among early polities in Southeast Asia.

"History then becomes alive. Each community and city has its own story to tell with archaeological evidence and fables that reflect its ancient past," says Ajarn Srisakra.

To prove his point, Ajarn Srisakra recently led a culture tour to learn about a mandala of principalities in the hinterland called Sri Canasa (pronounced "Seejanasa") which existed during the Dvaravati period around the 6th to 11th century.

Organised by the Lek-Prapai Viriyapan Foundation, a non-profit organisation for art and culture, the trip took us to three primary principalities in this Dvaravati conglomerate: Lavo in Lopburi, Si Thep in Phetchabun and Sema in Nakhon Ratchasima.

Apart from kinship and proximity, economic ties from being in the same trade route strengthened their cohesion.

Unlike typical culture tours that focus on art style and history of kings, Ajarn Srisakra's emphasis is on topography and trade routes.

Like many ancient cities, Lavo is situated in the juncture of waterways conducive to human settlements. Rich in minerals, the city dates back to prehistoric and iron ages dating more than 3,500 years ago.

During the Dvaravati period, Nakhon Chaisi, one of the main port cities for the India-China trade route, served as a gateway to transmit Dvaravati Mahayana Buddhism, culture, and art into the hinterland.

Thanks to Lavo's extensive webs of rivers and ancient roads reaching Nakhon Chaisi, Lavo became part of the Dvaravati sphere and trade routes that would later include other members in the Sri Canasa mandala, namely Si Thep in the lower North and Sema in the Northeast.

With Lavo's strategic location in the Central Plains, it persisted even after the Dvaravati age was over although the composition of its people and cultural affinities continually changed. However, Nakhon Chaisi quickly lost its prominence when its river changed course.

In Lavo, which is now Lop Buri, traces of Dvaravati are still evident. Later influences from Hinduism and the Khmer Empire in its various monuments show society back then was open and multicultural.

It is the same story with Si Thep and Sema. Their ancient Buddhist and Hindu monuments in the same vicinity suggest cultural pluralism among the Sri Canasa principalities.

The selection of town locations, city planning and the water-management system of these Dvaravati societies reflect the great ingenuity of people then, says Ajarn Srisakra.

For example, Si Thep stands on a dry highland surrounded by waterways and floodplains lined with mountains on both sides. To ensure sufficient water for city use, Si Thep had an elaborate system of ponds, tank moats, and a hydraulic system to bring water from higher grounds to sustain the city.

Si Thep, now in the tentative list of World Heritage Sites, is the country's largest ancient city. It is believed to be Sri Canasa Pura, the centre of the Sri Canasa mandala itself.

Its grandeur and prosperity as the hinterland hub of trade and religions between the Central Plains and the Northeast are attested to by the colossal Khao Khlang Nok, the country's biggest Dvaravati stupa.

Sema was the sister city of Si Thep. They share the same city plans which are still visible from the sky. The moats divide the sacred and secular areas from each other while a mixture of Buddhist and Hindu monuments shows different waves of religious and political influences through times.

Bordering the Northeast Plateau, Sema and Si Thep were the hub to receive and transmit the influence of Dvaravati to the principalities along the Mekong. In later centuries, they also brought the influence of the Khmer Empire into Sri Canasa.

According to Ajarn Srisakra, the prominence of the Sri Canasa mandala faded away when new trade routes created new trade hubs elsewhere.

But not the locals' pride in their ancient history. When Si Thep was under threat by an oil drilling company recently, they united to protest and succeeded in keeping Si Thep safe.

At the Wat Phromthin Tai community in Lop Buri, local residents also joined forces to build a local museum to show their history dating back to the Dvaravati era and beyond.

"Cultural confidence empowers people to speak up to protect their culture, their roots, their resources," says Ajarn Srisakra.

"Understanding our past helps us to understand our present," she says. "It makes us realise that the area we call Thailand now has been home to many cultural groups through times. It helps us to be open to multiculturalism because those are our ancient roots."