When Narot Keereetaweep returned from scuba diving to his accommodation in the Maldives, he noticed a 2m-long nurse shark behind another ship. As an amateur underwater photographer, Narot did not hesitate to take photos of the creature.

"I took many photos of sharks before. Despite being a bit afraid of this nurse shark, I understood its nature and that I needed to approach it slowly. Since I took photos of the shark without lights, I used a slow shutter speed, so viewers can see its movement. I rarely send photos to any exhibition. I am glad that my photo was selected to display at the exhibition 'Inner Space'," said Narot.

In collaboration with Hub Of Photography (HOP) gallery, Thailand Underwater Photography is holding an exhibition "Inner Space" that displays 24 photos taken by members of the group. The exhibition was curated by two professional underwater photographers -- Nat Sumanatemeya and Sirachai Arunrugstichai.

"Nat was the person who came up with the concept of 'Inner Space'. He thought underwater photography that people usually see was clichéd. An underwater photo usually consists of few fish, coral and blue water. We wanted to see new visuals or something different that people have never seen before. Also, 'Inner Space' refers to the moment when divers are underwater and we cannot communicate with anyone. It is like we are in space. We chose 24 photos that display creatures or items that people can see underwater, but present them in unusual visuals with fresh ideas," Sirachai explained.

The exhibition curator, Sirachai, is an award-winning freelance photojournalist who is notable for winning the 2016 Marine Conservation Photography Grant by Save Our Seas Foundation. Sirichai earned a master's degree in ecology from Prince of Songkla University. After trying to inform people about ocean issues for years, he discovered that photos which display issues have a stronger impact. Especially when he released photos of the tourist attraction Pakbara and the dugong Mariam. Pakbara Port is a large-scale development of the deep water port in Satun. The port may threaten the livelihoods of the local community and the marine ecosystem of the country. Mariam was an orphaned dugong that died from plastic waste that she had ingested. 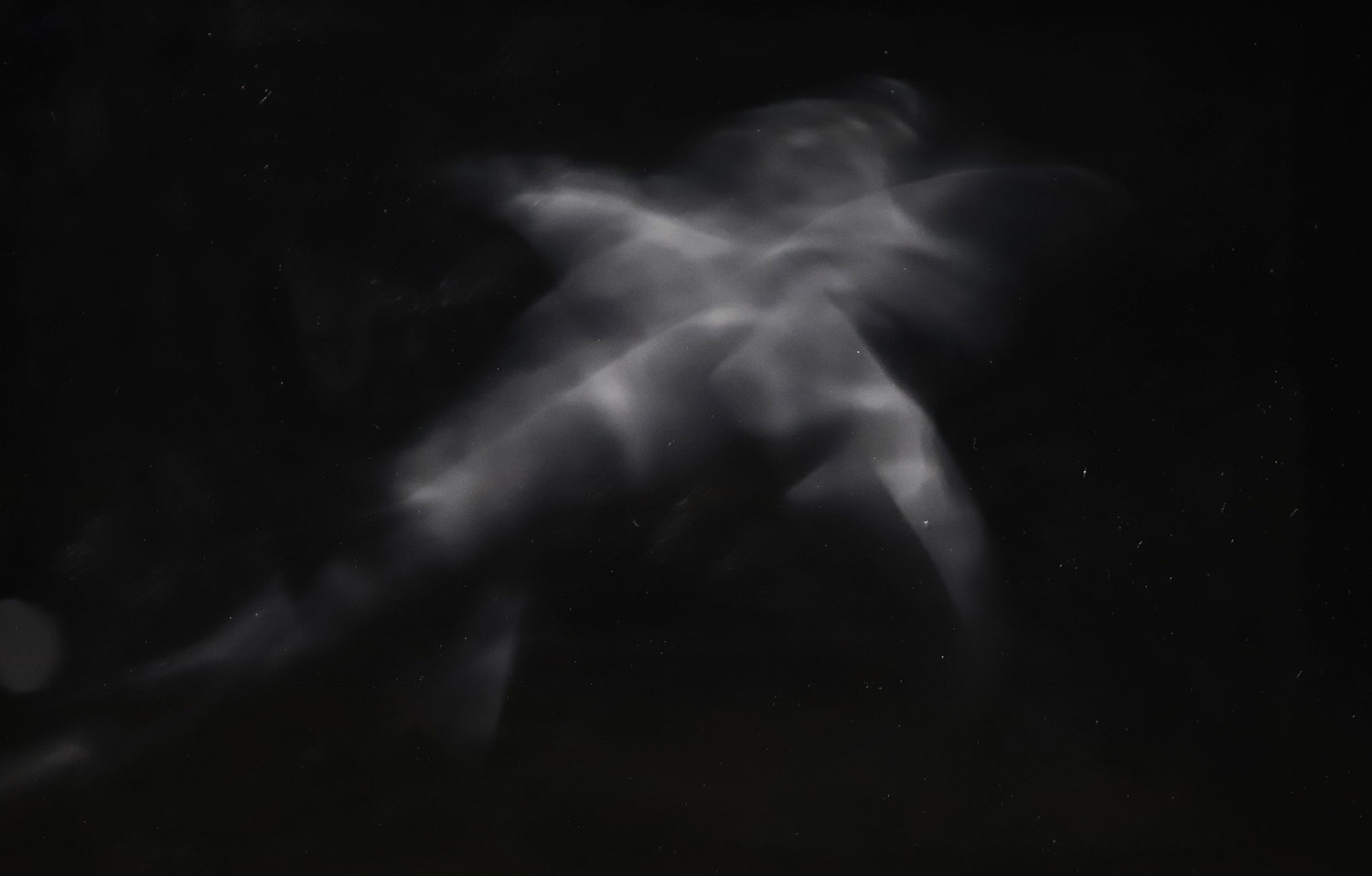 "My photos of Pakbara Port and Mariam created a strong impact. I feel that photos can communicate with more people on a larger scale. Photos can reach people easier than research papers because aside from providing information to viewers, photos can give viewers an emotional connection," said Sirachai.

Underwater photographers have to get close to marine life for their photos to make an impression. Sirachai said photographers must take time until marine creatures become accustomed to them.

"When you carry a camera under the ocean, there are several tasks to handle. You may forget to check your air because you concentrate on something else. You may unintentionally kick on corals if you are not a professional diver. You should be a diver with a certain level of experience before venturing to take photographs underwater. I began to photograph underwater after diving for nine years and diving became second nature to me. Many photographers are good at taking photos on land, but are not good at diving. They quit after they took photos under the ocean for a very short time," said Sirachai.

People who are not regular scuba divers may think that danger lurks with aquatic animals or plants. However, Sirachai said the two scariest things for him as an underwater photographer are the water current and his mindset.

"The current can sometimes suck scuba divers or sweep divers a long distance away from other people. If scuba divers encounter this kind of current, they should come up to be safe. For my mindset, I sometimes want to do something beyond my limit. For example, I push myself to dive deeper than I should to get photographs. I have to rethink if it is worth doing or should I stop," he explained. 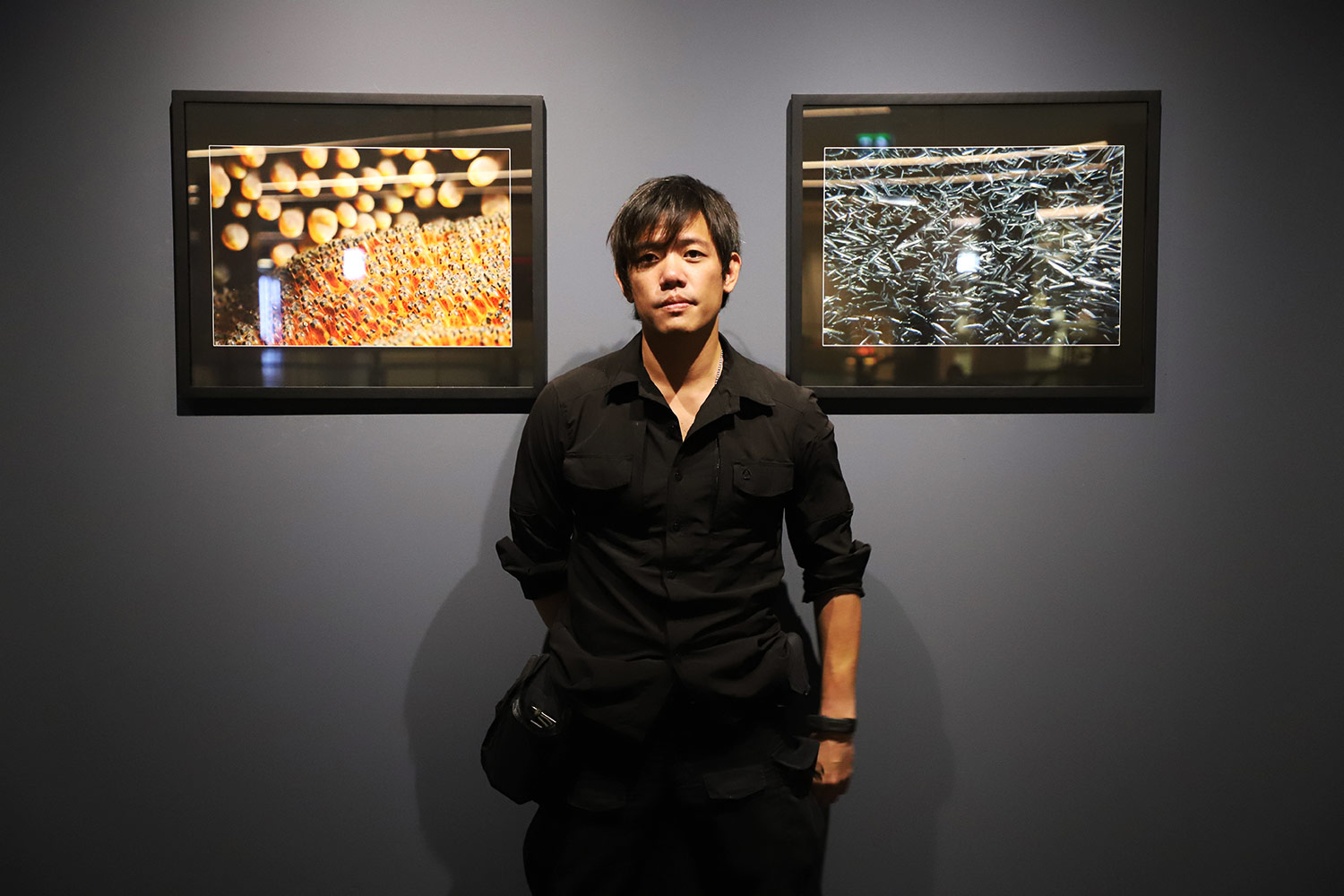 At "Inner Space", Sirachai lets visitors see aesthetics under the ocean which is opposite from what he normally works on, since Sirachai tackles ocean issues such as overfishing, marine pollution and other negative effects on marine environment.

Overfishing was one of his most powerful photo projects, he said. Sirachai was on a fishing boat in the Andaman Sea and saw tens of thousands of fish caught in a huge net. He still remembers the sounds and the smell of the fish that day.

"Fishermen in Thailand used to be able to catch 300kg of fish an hour, but during 1970 to 1990, they could catch only 20 to 30kg per hour. This means there is a massive reduction of fish population. We can see our fishing industry is collapsing and the fishing industry is a base for other industries including seafood export and food processing. However, this base industry is not stable. I want to bring up this issue, so policymakers will push to make our fishing industry become sustainable," Sirachai said.

Thailand is famous for its beautiful sandy beaches. Unfortunately, the attractive beaches around the country are threatened and destroyed by the breakwater project of the Department of Public Works and Town, the Ministry of Interior. Breakwaters are barriers built at beaches in order to protect coastal erosion. However, the result is opposite.

"The Department of Public Works and Town think that engineering can solve problems of coastal erosion, but they do not think about the ecosystem. The effect of breakwaters is that it changes the direction of the sea and disturbs beach forming processes. There will be no more beaches left in Thailand; there will only be breakwater barriers. Let's take a look at Pranburi which has lost many of its beaches," Sirachai said. 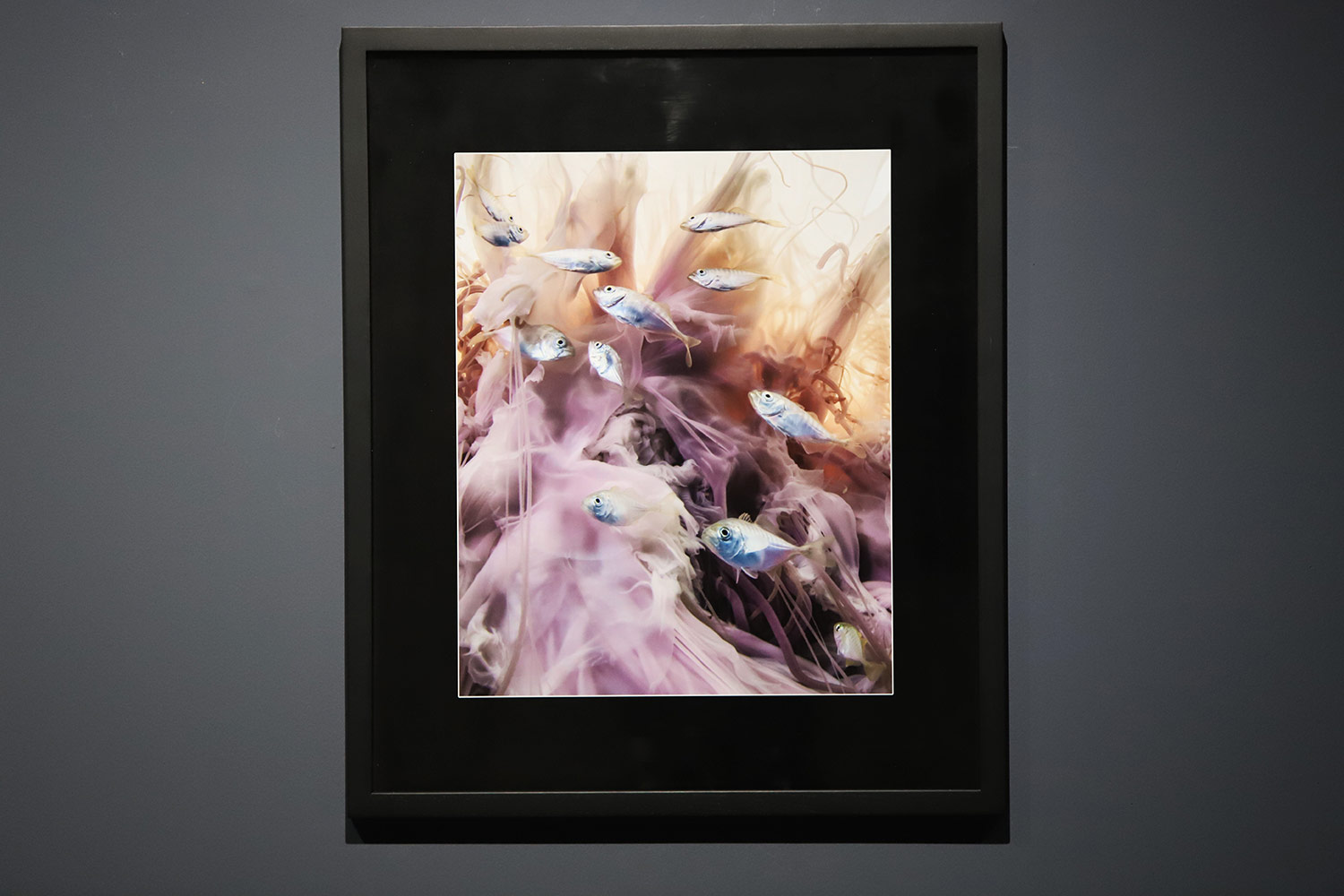 Sirachai hopes that "Inner Space" will encourage people to be more interested in life under the ocean. When there is a controversy related to the marine environment, he hopes people will be more involved in the issue.

Sirachai specifically wants to communicate with policymakers. He said many policymakers push the responsibility onto people, but it should not be that way.

"When an environmental campaign is launched, policymakers usually push the responsibility to the public, but people's actions will not create any policy. For example, there should be an infrastructure to support waste management. Money that convenient stores collect from people when they purchase plastic bags should be invested in an infrastructure that can manage waste more efficiently. Policymakers must take this action not the people," said Sirachai.