Sex by the book

Juliette Binoche is fashionably frazzled, her hair unkempt, her fingers tapping the keyboard and her eyes tired by journalistic dedication. 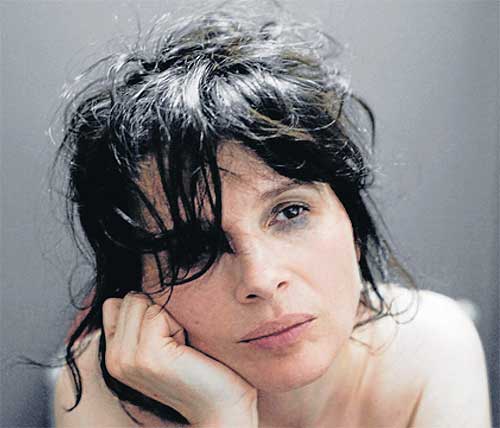 She plays Anne, a Paris working mum and writer for Elle magazine. And the article she's working on _ I wish we had that feeling once in a while, but no, not too often _ is so erotically self-reflective that soon she's not merely writing it but obsessed with it: the piece is about teenage prostitution.

What, we too wonder. You could hardly think of a racier subject and a more meandering, listless movie.

The talking point of Elles, a French-speaking film directed by Malgorzata Szumowska, has been its soft-core sex sequences of the two young actresses, Anais Demoustier and Joanna Kulig, playing college-age call girls who service, no surprise, lonely husbands with a choke-full luggage of unfulfilled sexual fantasies (a good one involving a guitar).

But despite the candid nakedness of the duo, the sex is no consolation to the thin and tiring story that aims to tear off the bourgeoise mask of decency and maybe, as one of the prostitutes says, of French hypocrisy.

So, what is Anne doing? She writes the 10,000-character article about the young hookers, Lola and Alicja, while pondering the inertia of her middle-class existence. She has to contend with her two sons, both immensely brattish, her always-absent husband, and worse, her husband's boss and his wife who's be Anne's dinner guests.

"Can you please not say your feminist stuff when they're here?" warns her husband. And her unshakable guilty pleasure, perhaps the clinging illusion of old European sophistication on the brink of the new, shapeless EU, is that she always listens to classical music on the radio. The high-minded playlist isn't as real as, say, sex, which everybody seems to have except the middle-class.

Before long, we have that inevitable scene when lovemaking is accompanied by the fugue from Beethoven's Symphony No.7, already ranked as the most overplayed piece in mediocre movies (including The King's Speech).

Binoche plays her every role with a sense of heroism, sometimes quiet, sometimes pronounced (watch her in the recent Cosmopolis). I miss the Binoche in Les Amants Du Pont Neuf, but of course the actress has nothing left to prove, at least to her fans.

With her aura and gravity, Elles has a promising start, cool and crisp, before it gets lost like a Parisian vagrant, or like lovers unable to find a way back to their bed, and that's a shame.