A palace of art and nature
Life
Social & Lifestyle

A palace of art and nature

A beachside palace in Phetchaburi transforms itself into cultural wonderland

Mrigadayavan Palace, the summer palace of King Rama VI located on a beach in Cha-am, is known primarily as a cultural attraction. But caretakers also want it to be recognised as a learning centre and this has led to the project that opens the Archive Room to the public in conjunction with two art exhibitions that will run through next January.

"The late HRH Princess Bejaratana, the only daughter of King Rama VI, hoped this palace would serve as a learning centre for the people and means to express gratitude towards His Majesty the King and King Rama VI," said Klaomard Yipintsoi, director of the Office of Mrigadayavan Palace Foundation.

The palace's architecture and art allow the public to learn Thai history during the Sixth Reign while its 35km² compound demarcated by two mountains will be restored into a beach forest and also a herbarium, according to Klaomard. Visitors also can learn about Thai culture, traditions and norms from the palace's activities, such as Thai classical music, traditional costumes, literature and food.

Meanwhile, the new Archive Room provides information on the conservation of art and architecture and the restoration of the beach forest. The building itself reflects sophisticated construction technology, with its roof made of two concrete plates attached to each other. Visitors will be able to learn about design and construction technology during the Sixth Reign over a century ago, and use its small library.

Also in the Archive Room, visitors will be able to see several pieces of original construction materials and decorative items, such as part of a hand embroidery partition, as well as the computerised display of three-dimensional drawings of the palace's wooden roof structure.

A staff member said, "The seven objects on view here are samples of those collected from the restoration of the palace. For instance, these porcelain door knobs were produced by a company, which had been in the business since 1800. This roof cover has holes for ventilation and this base of a round pillar was gouged, both from Samosorn Sewakamart Hall."

In the meantime, the two art exhibitions to celebrate the opening of the Archive Room run until Jan 5. One of them features the work of photographer Tanatchai Bandasak; the other by paper artists Likay Bindery.

Held in the Archive Room, the first show is called "MRIG", a video installation by Tanatchai who was inspired by the open-spaced structures of the palace's throne halls designed and built to suit geography and the climate.

Aimed to tell the story about the palace from the changing nature and different angels from those seen by most visitors with bare eyes, the video footage shows moving images of the interior of the palace in the style of a transitional shot.

"I did this exhibition after finding some areas of the palace were damaged. So, I created this video footage for visitors to watch instead of going to see those areas. Viewers will be able to feel the atmosphere, airflow and sunlight," Tanatchai noted.

This artist holds a master's degree in visual arts from Ecole Nationale Superieure d'Arts Paris-Cergy in France. Many of his moving images were shown at international festivals in Canada, the Netherlands and France.

The other exhibition is the "Recollections Of Beach Forest" by Likay Bindery, a paper art design studio run by two designers, Mali Chulakiet and Pantipa Tanchukiet. Held in both the Archive Room and the nearby former residence of Chao Phraya Ramrakhop, a close aide of King Rama VI, it is presented as three series: "Paper Botanical", "Plant Sculpture" and "Visual Diary".

The exhibition wishes to distribute botanical knowledge through an artistic process that reflects the diversity of beach forest plants, natural changes, passing of time, seasons and locations and the harmony of existence.

The artists said they combined design and paper art depicting samples of beach forest plants collected between February and July. The samples reflect different colours and shapes of leaves allowing the work to look like a visual diary with old-looking paper.

The artists surveyed of the beach forests near Mrigadayavan Palace and at Bo Nok in Prachuap Khiri Khan province on five occasions.

The "Visual Diary" series looks like a mini herbarium. It shows dried plants on paper to highlight the overlooked beauty of plants at different times while the "Plant Sculpture" series features plaster and resin sculptures of the collected forest plants to reflect their characteristics. The last series called "Paper Botanical" depicts a new form of beach forest plants. The collected plants were pressed and photographed before their photos were doctored and assembled into the shapes, colours and features similar to those plants.

While strolling towards the residence of Chao Phraya Ramrakhop to view the "Paper Botanical" series, visitors will have the opportunity to enjoy the stunning views of a flower field and forest, which was once a beach forest.

The beach forest is being revived by a team of botanical and landscape academics and researchers led by biology Assoc Prof Kittichet Sridit of Prince of Songkla University and landscape architecture lecturer Danai Thaitakoo of Chulalongkorn University.

Recently, the landscape team experimented on installing a net to allow sand to form itself as sand dunes faster than it does naturally. The beach forest reintroduction mission is being carried out based on the team's surveys of plants in this area and the beach forest in Bo Nok, Prachuap Khiri Khan, and also the memo, "The Beachside Palace of King Rama VI", written by senior official Chamuen Amorndarunrak (Cham Sundaravej).

The memo says, "His Majesty the King did not order the growing of any decorative plants outside this palace. Not a single flower plant can be found there. There are no shades of other trees than the original forest plants like khoi [rough bush plant], koom [sacred barnar], jaeng [Maerua siamensis] and manao phee [Atalantia monophylla]. The entire palace compound stretching to the coastline is left an empty space and natural desert. There is no green lawn for us to take a stroll at all."

After visiting the palace and viewing the exhibitions, visitors may want enjoy afternoon tea at the Residence of Chao Phraya Ramrakhop. In all, the new artistic and botanical additions to this majestic palace are the highlight that should make every visit more worthwhile. 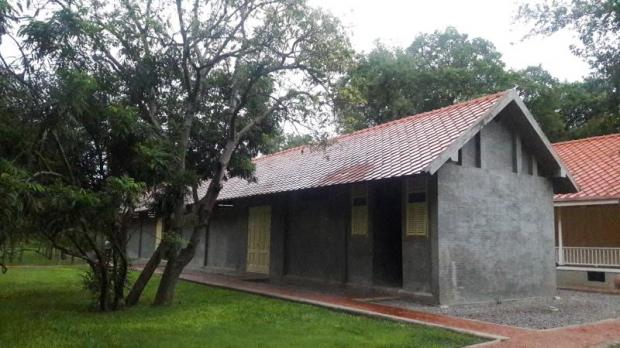 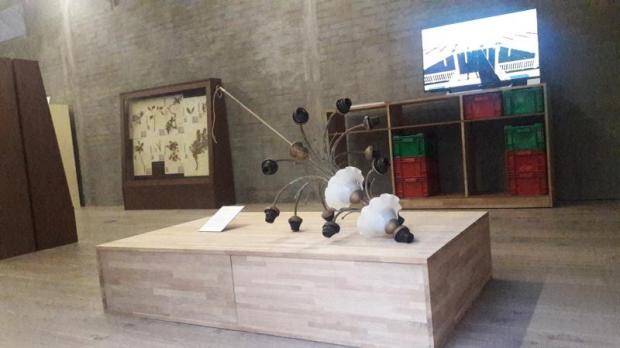 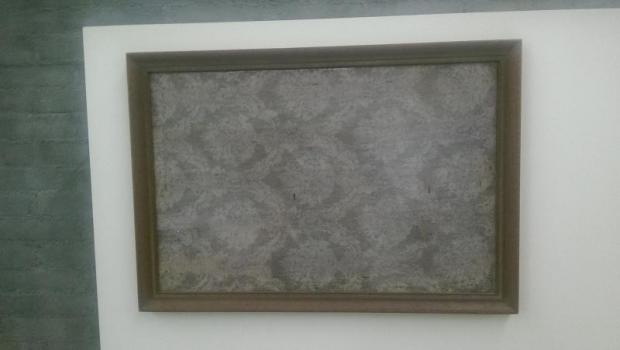 A part of a hand embroidery partition of Mrigadayavan Palace. Pichaya Svasti 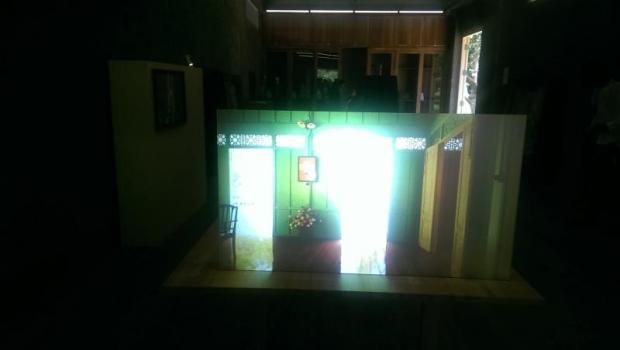