A project collects unprecedented documentation of the Oct 6, 1976, Thammasat bloodbath

The noblest thing is to remember the dead, no matter how long it has been. In the documentary Respectfully Yours, friends and families of some of the victims of the Oct 6, 1976, massacre remember those who were brutally maimed, tortured and killed on the grounds of Thammasat University 41 years ago, as the police and right-wing militia laid siege.

At the 13th International Conference on Thai Studies earlier this week in Chiang Mai, the film's director Pattaraphon Phoothong and producer Prof Puangthong Pawakapan screened the emotionally wrought film to the audience and talked about their ongoing project to keep the memory of Oct 6, the most gruesome incident in modern Thai history, in the consciousness of society.

Respectfully Yours was first screened last October at the 40th-anniversary commemoration of the event, but the version shown in Chiang Mai is longer and complete with political context as narrated by Puangthong, a respected political scientist. Still, the film is just a part of the project called "Documentation Of Oct 6", which seeks to collect documents, photographs and testimonials of the incident, in which many details, names and faces are still unidentified and in which many questions remain unanswered.

Pattaraphon is also finishing her second documentary for the project. The as-yet-untitled film touches on a crucial -- and again largely forgotten -- episode concerning two electricians killed and hanged in a gruesome manner in September 1976, and whose deaths became a catalyst in a dark turn that finally led to the Oct 6 massacre. The film, she said, will premier in September this year to mark the killing. 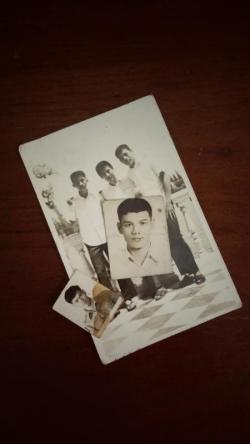 Photographs of some of the victims of Oct 6, 1976, Thammasat massacre. Photo: Piyabutr Lorgrailers

"Once we started the project, I realised how little we knew about the events and the people of Oct 6, 1976," said Puangthong at the screening. "What we hardly knew was the identities of the victims. We have only basic information on the dead, and we treat them like numbers."

What Puangthong and Pattaraphon did was literally a ransacking of a morgue -- detective work that began with autopsy reports, court testimonials and eyewitness accounts, with the aim of trying to give names and faces to those beaten, hanged from trees and otherwise killed that morning in 1976. In Respectfully Yours, Pattaraphon interviews friends and family members of those who were murdered, and their remembrance is a simple yet emotional act of honouring those forgotten by history.

"The hard part was to locate the families," said Pattaraphon. "We started by looking at the autopsy files, and we sent letters to the addresses. Many of them bounced back to us, and very few responded. We then used Google and the Yellow Pages, as well as asking around for those who might know the victims.

"But the hardest part was how to approach the families once we had their contact information. I remember calling them up, introducing myself and telling what we're trying to do, and asking if they wanted to talk. For them, it's like I'm breaking down some kind of wall. I found that the Oct 6 incident is a traumatic experience that most people try to block from their memories, and I'm asking them to break through the silence after all these years."

Some families snapped at her, refusing point blank and protesting that the filmmaker "doesn't know what we have been through". There are other families, however, who thanked her for calling. "They said, 'Why did you just call? It's been 40 years'. That means they realise it's time to remember what happened and who has been killed."

For her other documentary, Pattaraphon has spent months looking for the family of the two electricians in Nakhon Pathom who, in September 1976, had helped distribute anti-dictatorship posters and were mysteriously killed. They were hanged from a gate, and their photos became emblematic of the turbulence boiling up in Thailand at that point. In October of that year, students at Thammasat University staged a play based on news of the two men's hanging, and the pictures of the play were in turn used by the right-wing media to fan the frenzy of hatred and communist accusation that led to the Oct 6 incident.

Details of the new documentary will soon be available. For now, Pattaraphon said she had found the gate from which the two men were hanged to death.

"It's just a gate, something so normal you would never think it was historical evidence," she said. "It shows that the memories of Oct 6 are around us. It's everywhere. But we pretend they don't exist or we ignore them."

Go to www.doct6.com for more information about the project. 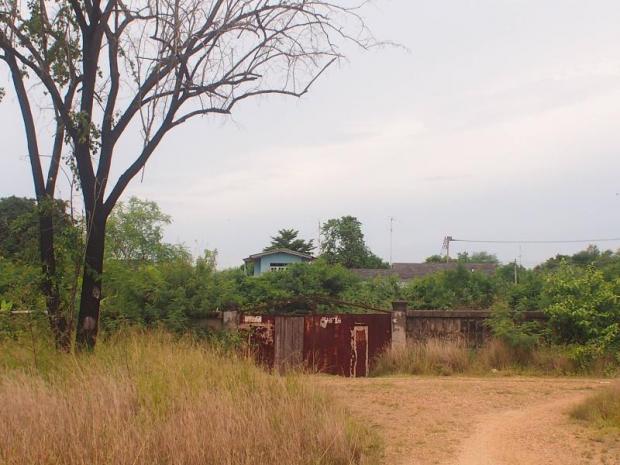 The gate where two electricians were hanged in 1976. Photo: Pattaraphon Phoothong