Mixing in the wrong circles

Sek Loso's former wife, Wiphakorn "Kan" Sukpimai, is facing new claims that she dabbles in drugs after an attempt to embarrass her former lover by posting images of him taking illicit drugs backfired. 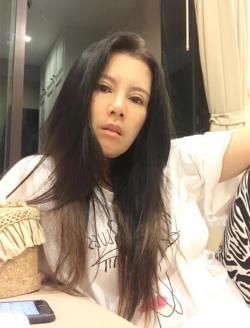 Kan last week posted images of her former lover, Sia Po Chatharnon, taking drugs. She added she was helping police with inquiries into claims that Sia Po and his "gang" liked to give unwitting victims drugs, film them secretly, and blackmail them.

Kan, whose younger brother Dechudom was arrested with the drug ice in his possession in late August, and who ousted former husband Sek as a hard drug user a few years ago before his admission to hospital for detox, suggested she herself had fallen victim to the gang's entrapment. However, despite that, she insisted she did not take illicit drugs, or sell them.

"The law is coming to get them and I will teach him and his entire clan a lesson," she growled.

"I am working with Office of Narcotics Control Board and Khok Kram police," she said, adding Sia Po and his minions had attempted to blackmail her in retribution for a debt dispute between the pair which Kan has taken to court.

"I tried to get the money back and almost fell victim to their trap. They tried to trick me into getting in deeper and deeper," she said, without giving detail. "These days they are trying to trick people into gambling, but before it was drugs. I have proven my innocence to the board," she said. 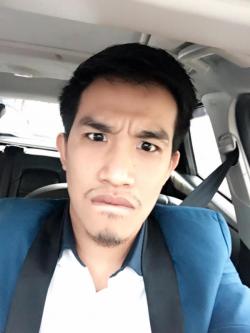 An accompanying saga erupted last week in which the immigration police chief warned Sia Po, a former celebrity boxer and self-confessed high-stakes gambler, against encouraging Thais to gamble, after Sia Po posted a social media image of him gambling in what he says was Cambodia.

Kan lodged two cases with the Min Buri District Court in August seeking the return from Sia Po of 60 million baht, including interest, which she lent him for a gambling and boxing venture.

In return, Sia Po, who admits he owes her money, posted what he says was an online chat where Kan demanded he spend several nights a week with her gambling to get the money back, and urged him to clear the matter with his wife.

The drugs saga reignites tensions between Sia Po and Kan, former lovers who fell out after he failed to pay back the debt and spurned her advances. They last traded barbs in a joint television interview in May in which the pair had to be kept apart by the host and looked close to coming to blows.

The falling-out came after Sia Po answered a distress call from Kan on April 27 only to find 30 Khok Kram police lying in wait for him at her Bangkok home. Police searched Sia Po and his younger assistant, found his friend was armed, and charged with pair with carrying a weapon in a public place.

Sia Po believes Kan, angry about his unpaid debts to her, lured him to the house on false pretenses. He also alleges she acted in cahoots with Wan Ubumrung, influential son of ex-politician Wanchalerm, after he and Wan argued, again over unpaid gambling debts.

Last week, hours after Kan posted the image of Sia Po taking drugs, he posted the image on his own social media account and confessed it was him. Admitting he had done wrong and was prepared to pay the price, he claimed he took the drugs in Cambodia about a month ago.

Upstaging Kan further, he challenged her to turn up at a police station for a drugs test, which he was sure she would fail.

Sia Po, accompanied by his mother, then fronted a TV interview in which he accused Kan of persecuting him. Later, accompanied by the TV cameras, he took a urine test for drugs at Thong Lor station, which came back clean.

Kan, for her part, told a TV news show she was happy to take a test but at the moment it was "not convenient". The saga continues.

Banking on the breast

Actor Navin "Tar" Yavapolkul has vowed to ramp up what he calls the country's first private milk bank for newborn mothers despite criticism from a virologist that he could be passing on diseases to newborns in their later years. 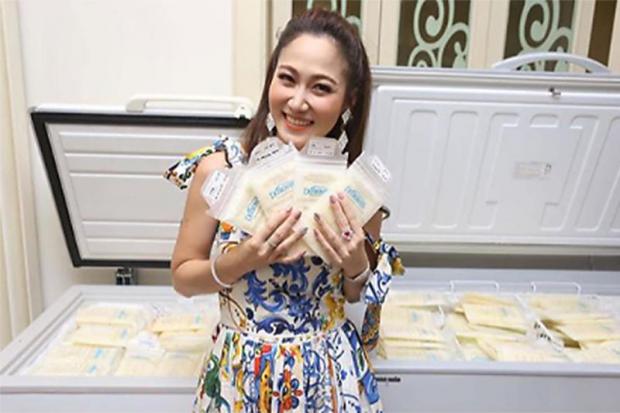 Navin and his wife, Passawee "Numwanz" Payakbud, were attacked on social media last week after publicising their efforts to unite newborn mothers with too much breast milk and who want to donate, with those who are not lactating enough, in a not-for-profit scheme aimed at helping the poor.

The couple run the venture from Numwanz's anti-ageing clinic in Bangkok where they were pictured with large banks of fridges containing stored milk. Some of it is Numwanz's own, which she produces under the brand names Luca's Mom and Luca's Milk, named after the couple's one year-old baby daughter, Luca.

She also takes breast milk from donors who, like her, have more than enough to feed their own child and wish to help mothers who find it hard to produce breast milk.

The couple, who have spent at least 1 million baht on the venture, also posted images of young mothers who turn up to obtain donated supplies.

Numwanz says she attaches herself to the breast pump every three hours and finds one session can last up to two hours. An hour later, she has produced more milk and needs to get on the pump again.

She produces so much, partly with the aid of vitamins, that husband Tar is asking her to limit each session to 40 minutes so they can spend more time with each other and she can play a bigger role in raising their child.

The couple say mothers turn up from all over the country for their milk. Numwanz says most mothers have stopped pumping milk by the time their child turns one. She intends carrying on for a further 12 months to help mothers in need, even at the risk of weakening her own bones through calcium loss.

Not all reaction has been positive. Critics on social media, alarmed about the possibility that the milk may transmit hidden viruses if not screened properly, last week asked if the couple knew what they were doing or if they may unwittingly be doing harm to others' children. They asked if some mothers were clamouring after Numwanz's milk because she was married to an actor, and failing to take proper precautions.

Yong Poovorawan, head of Chulalongkorn University's Centre of Excellence in Clinical Virology, said a mother's milk should ideally be consumed by her own child and no one else.

"Mother's milk is a biological product or bodily secretion which can pass on diseases, some of which may not show up for 20 years," he said.

"We give these things to others only when strictly necessary in medicine. Every time you make a milk donation you need to get tested for a wide range of diseases to make sure you are healthy. Just because you were okay last week doesn't mean you are this week. Even a breast pump can be dangerous if a small sore erupts and blood escapes. The investment cost of all this testing is huge," he said.

Responding to the critics, Navin said a doctor at his wife's clinic is knowledgeable about virology and tests all milk donors and recipients. Far from being deterred by the warnings, his "milk bank" would step up its activity.

"We don't sit around criticising ... we would rather be measured by deeds, not words," he said.

"Nothing in this life is without risk. Only one thing worse than being a mum with no money to raise her newborn, it's not having milk to feed the child either.

"I am not responsible for the crazes people adopt. I take exception to the idea that Thai society is besotted by celebrities and will do whatever they say. Celebrities are everywhere, and the real test is what responsibility they feel towards society and what sacrifices they make. We will carry on matching mums with plenty and those with not enough, and if government wants to step in and help, it is welcome," he said.