A look at the origins of the Miss Tiffany Universe pageant and its two-decades-long standing as a platform for transgender women to bask in their own identity.

The woman behind the pageant's success is Alisa Phantusak Kunpalin, chairperson of Miss Tiffany's Universe Organisation and managing director of Tiffany's Show Pattaya, who pioneered the pageant back in 1998.

Before taking on the beauty pageant, Tiffany's only put on cabaret shows, which is something it's still famous for today and is considered one of the must-see shows in Pattaya. It has featured transgender women as showgirls from the beginning, and Alisa was always concerned about the mistreatment they receive from society.

"Back then, our transgender showgirls were always perceived with prejudice. In a tourist town like Pattaya, our girls had to carry their staff ID card whenever they went out to protect themselves, to prevent people and the authorities from mistaking them for prostitutes. They were mistreated. And this affected us because, as the executives, we need to be able to take care of them both inside and outside the theatre," said Alisa.

"I have always questioned why people have to take issue with someone's gender. And so the idea goes from just staff management to the point where we ask what we can also do about society. Miss Tiffany's Universe was then born to put transgender women in the spotlight."

After the pageant's inaugural year was successfully hosted at the theatre, Alisa pushed for a live broadcast of the event in the following year to raise society's awareness about transgender women and their existence. The pageant was first broadcast nationally on ITV channel in 1999. There was no other stage for transgender women at the time.

"It was a big hit, as it was something that has never happened before in the country. It really made a stamp that we were the real deal," Alisa recalled. "At the same time, it was very difficult to find sponsors because no one wanted to attach their products to people of the 'third gender'."

Miss Tiffany's Universe continued to build its name in two decade-long stages. Alisa said she devoted the first 10 years of the pageant to make people understand who transgender women are, and how different they are from gay men. 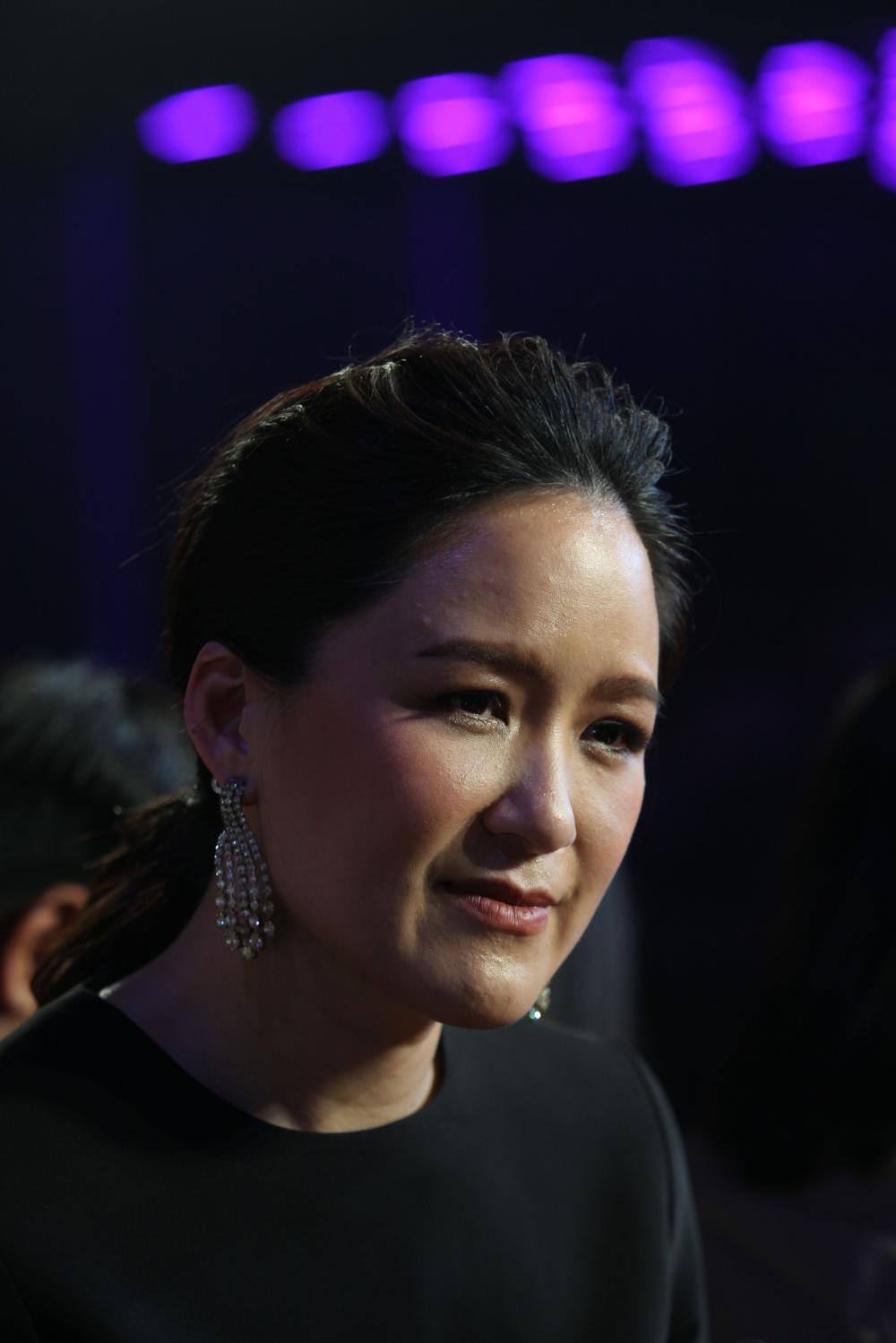 "And when we reached a certain point, people began to realise who we are and that our girls are gorgeous. But we also want to go beyond that simple acknowledgment. We spent the next 10 years opening doors and opportunities, to send a message that men, women and transgender people are all equally capable. It's not necessary at all to push transgender people to be only make-up artists and showgirls when they have the ability and the desire to do so many other things."

Prior to the show, we went backstage to meet some of this year's contestants. Each of them came to Miss Tiffany's with hopes and dreams, some of which were quite unexpected.

Contestant No.16 Nutchuda Lumphun, 25, said she wishes to become a member of parliament to represent and develop her hometown in Nakhon Phanom province. "On my own, I'm just a small person. But now as one of the Top 30 contestants, I consider myself a success. And if I can go even further, I'll have a bigger voice to speak for my province," said Nutchuda, who works as an actress and MC.

Contestant No.22 Sasipichaya Pakdee said she's also here in hopes of making her voice louder. Onstage, she publicly advocated a law that would allow transgender people to legally change their gender and title. This is her second time at the pageant. 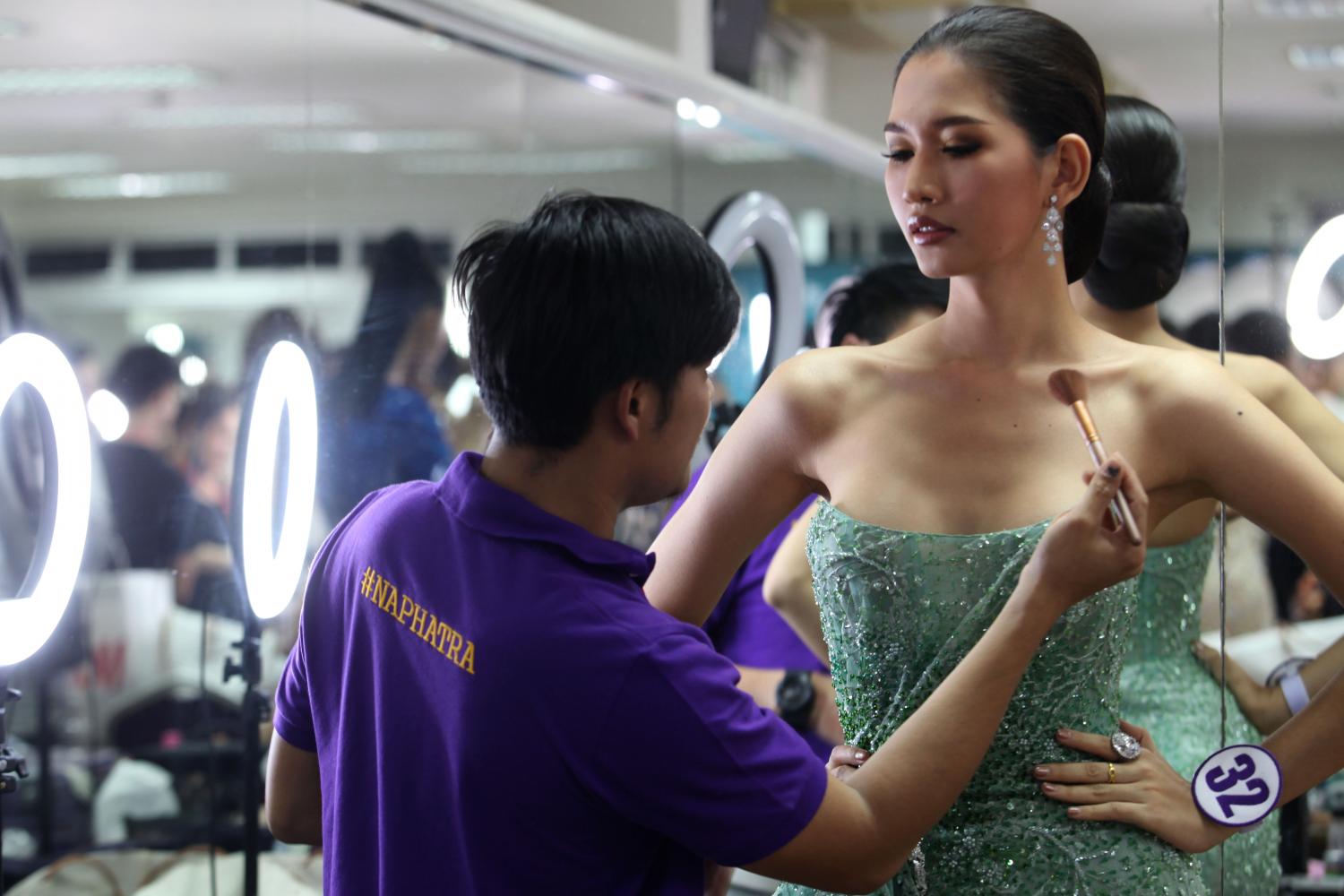 Backstage, each contestant got ready before making their appearances in front of the audiences. Photo: Wichan Charoenkiatpakul

"A single law can turn our lives around. This is not for us to fool a man or other shenanigans, but for us to get equal rights as other men or women," said the 24-year-old student. "I come to Miss Tiffany's because it's the biggest stage for transgender women. If I want my voice to be loudest, then I have to go to the biggest stage there is."

Contestant No.26 Kodchaporn Pironrit, 26, works as a teacher at a state school in Samut Prakan. It's been her dream to take part in Miss Tiffany's and, echoing Alisa's earlier statement, she also wants to show society that transgender women can be more than just make-up artists and showgirls.

"Many transgender people are talented and graduated with good grades, but still many find it hard to get employed. I wish society could look at a person's skills too, not only their gender," said Kodchaporn, adding that she joined the pageant with the support of her school, fellow teachers and students.

As the local pageant continues to progress, Alisa also reached out to the world and established the Miss International Queen (MIQ) pageant in 2004 to open the doors even wider. The competition -- which has been held in Pattaya annually -- welcomed transgender beauty queens from all over the world to seek the ultimate winner. The first title-holder was Poyd Treechada from Thailand who has since become a superstar in this region. To date, four Thai contestants have won the title, and almost always end up in the Top 3 of the competition. 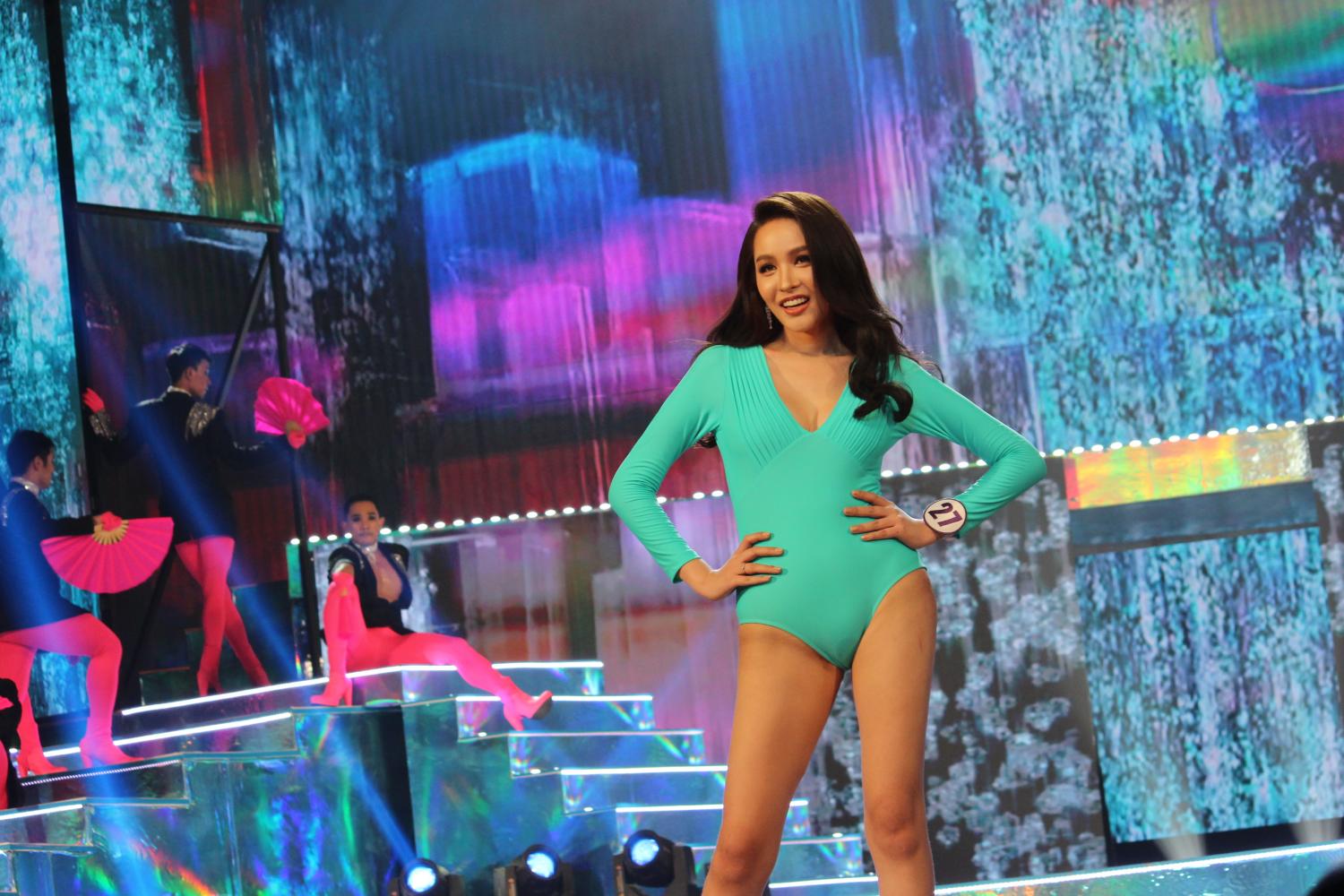 Title-holders of Miss Tiffany's have gone on to become a model, actress, MC and activist. But for MIQ, the level of success met by international title-holders was even greater, with many of them returning home as celebrities and superstars.

"We consider it an achievement that we can help people to have more opportunities in life. And some of them also come back to help us as spokespersons, even buying the pageant license to organise it in their country and help their fellow transgender people in the community."

From the day when people barely understood anything about transgender women, the past two decades have seen the level of understanding and acceptance improving immensely, according to Alisa, and Miss Tiffany's has done its part to help.

"But while it gets better, it's still not in-depth. Not just for the general public but also lawmakers who are behind on where the world is at. Thus, the necessary law took forever to discuss and is unable to support the idea of equality," Alisa said.

For the past three years, the pageant has featured an accompanying TV reality show that Alisa hopes will give more insights into the lives of transgender people. 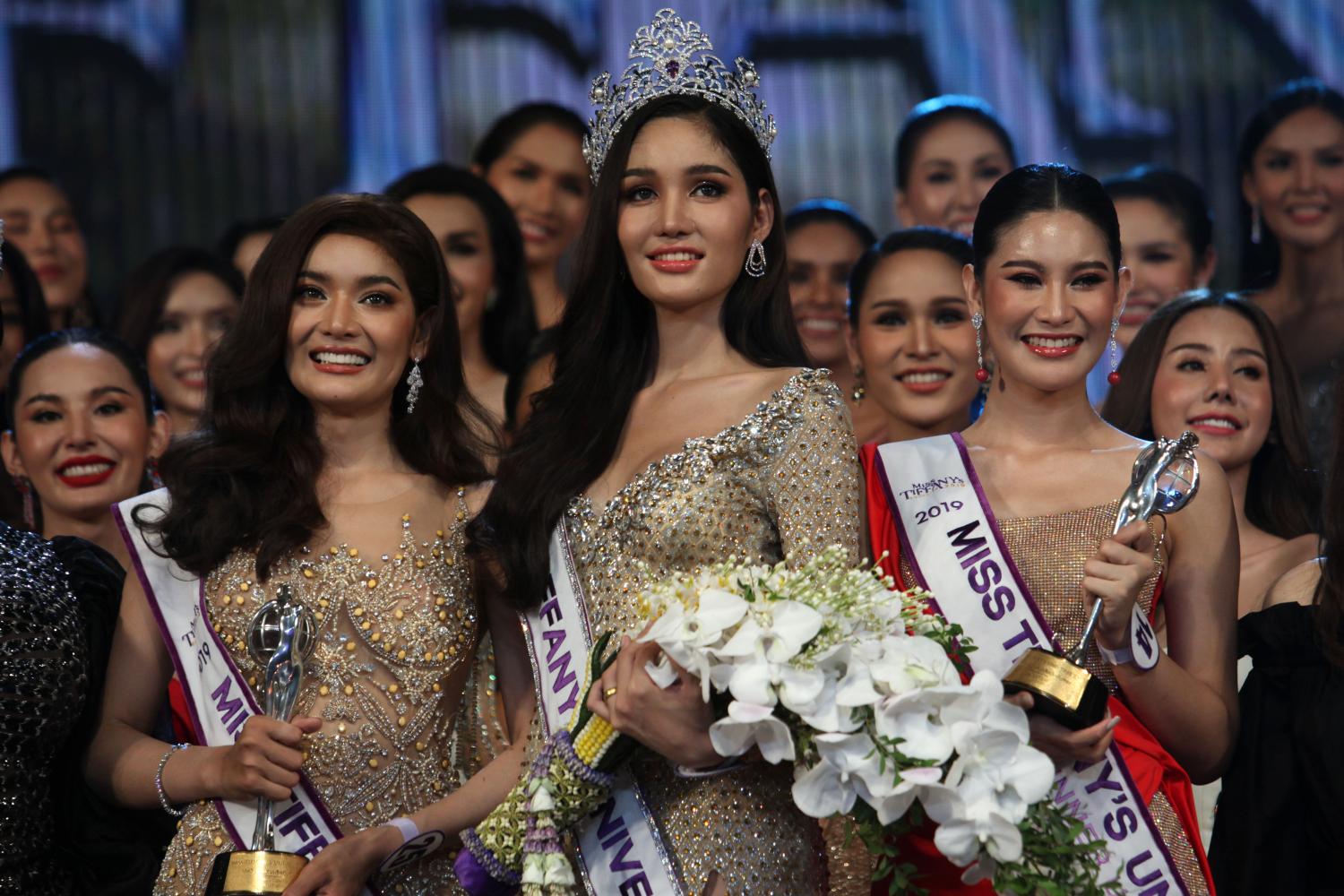 "In a sense, our winners and contestants become idols for younger generations of transgender women. So, it's up to us too to teach and train them for the right direction. Our job, at times, is about human development as well. And the competition is not just a fight about beauty, but also to survive in the real world."

As the first big stage to be open for transgender women when there was none, Miss Tiffany's has since become a household name and a coveted title for many. But today, transgender women also have more opportunities open to them. How is Tiffany's faring in the days when society is more open and inclusive?

"We've been here for over 20 years and have developed a clear culture of our own. We always tell the girls that when society opens, then be ready to grab opportunities and move forward," she said. "I never compare us with any other stages. Our purpose is to focus on opportunities and equality. That's our main policy."

Alisa went on to say that she was glad to see both local and international female-only competition started to include transgender women -- most notably in the Miss Universe pageant last year.

"If a day comes when any country can send transgender women to compete [in Miss Universe], I think that'd be so much fun. I would love to see that," she said. "I think it's great they created this opportunity or else we'd feel there's no improvement whatsoever in the things we try to accomplish. We are glad that people are now seeing the same thing we've been seeing. It's something we take pride in.

"One day, if we feel that we've changed society to the point where we really achieve equality, then it won't even be necessary to organise Miss Tiffany's. It would've served and achieved its purpose," said Alisa.

HOPES AND DREAMS OF A NEW BEAUTY QUEEN

Ruetaipreeya Nuenglee, 27, has never been to any other pageants in her life. Miss Tiffany's Universe 2019 was her first stage. When she was announced as the winner last Saturday, she was both surprised and elated. 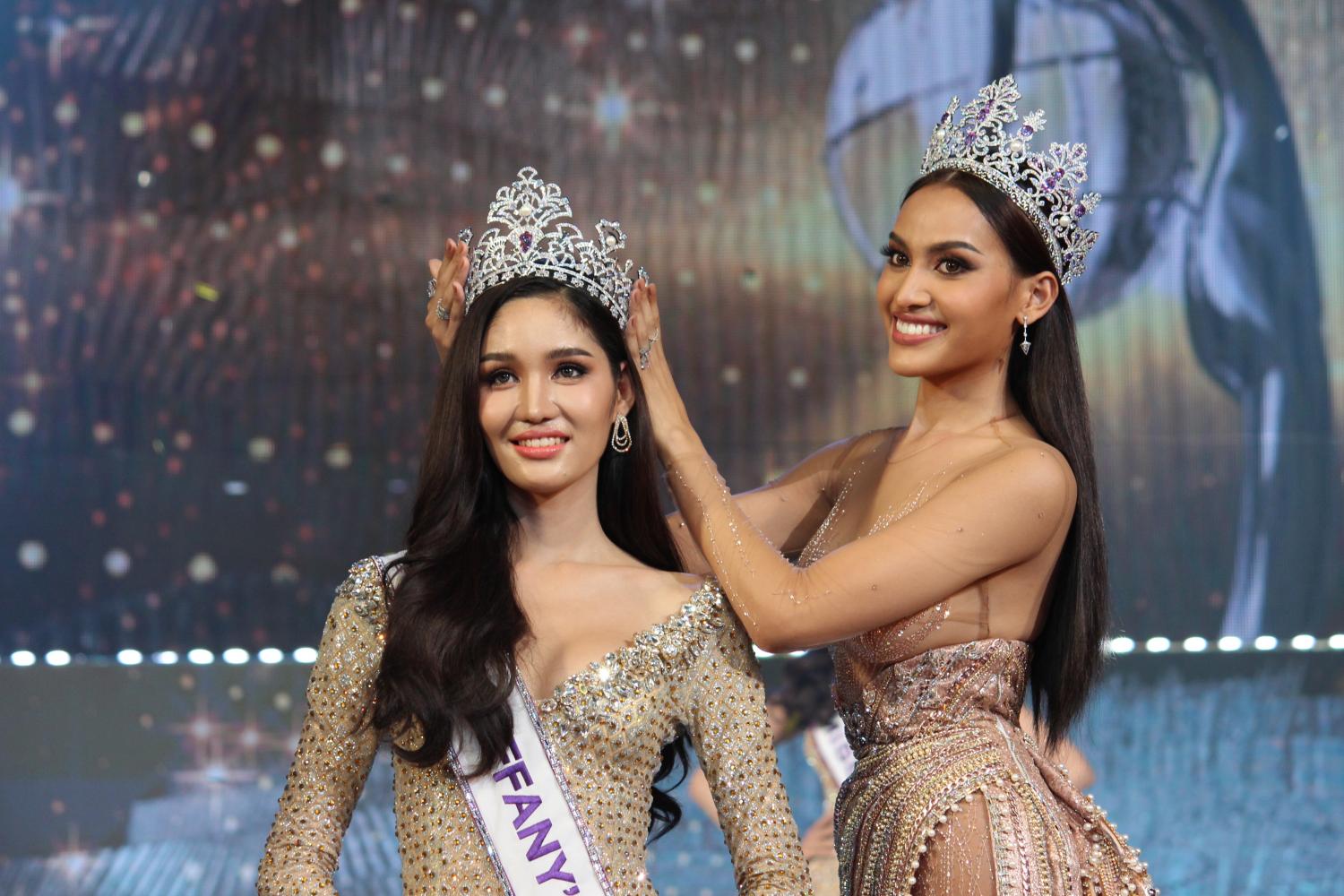 "It's been my dream since young to come here — the only transgender pageant I feel is sacred. It's a once-in-a-lifetime thing that we have to be here for," said Ruetaipreeya, who works as a showgirl. She was crowned by Kanwara Kaewjin, last year's winner and first runner-up of Miss International Queen.

As the new title-holder, Ruetaipreeya said she wants to use this platform to be a good example for others, to show that beauty is not just about outer appearances but also comes from within.

The beauty queen also said she is happy that some competitions, in both sports events and pageants, now allow transgender and cisgender women to compete with one another.

"It shows that the world does accept us more now. Before, transgender people didn't even have a chance to go on TV. I can only hope that society continues to be more open for us."

This year's runners-up are Thanyada Gunpaipuen, a 22-year-old student and showgirl, and Patchara Sripattanakul, 25, a freelancer with a degree in business management.