Despite the continued ban on e-cigarettes, usage in Thailand is going up. A worrying sign, say experts

Having been outlawed in Thailand since 2014, e-cigarettes remain a subject of controversy and debate. While many are calling for the ban to be lifted due to the perceived health benefits of vaping, others argue that it may actually do more harm than good.

Public debate on the issue was once again brought to the forefront recently, following the government's announcement last month that the ban on e-cigarettes would stay in place. While various organisations, including the Thailand Youth Institute and the Tobacco Control Research and Knowledge Management Centre, applauded Public Health Minister Anutin Charnvirakul for the decision, others, including a network called End Cigarette Smoke Thailand (ECST), voiced their disappointment.

Even though e-cigarettes are illegal in Thailand, the market has seen huge growth in recent years, according to pulmonologist Dr Suwannapa Pakotiprapa, citing statistics collected by a Kasetsart University lecturer.

"Thailand's e-cigarette market has grown by leaps and bounds during the past three years. The year-to-year growth rate is around 100%. The overall value of the e-cigarette market in Thailand is 3-6 billion baht, but it's only 5% of the entire tobacco industry," Dr Suwannapa explained.

An important factor contributing to the rapid market growth, she says, is social media, which has acted as a strong driver for the sale and marketing of e-cigarettes, especially over the last five years.

What's most worrying is the fact that e-cigarettes are much more popular among the younger generation, and this phenomenon is a global concern, not just a Thai one. In July, Bloomberg reported that teen vaping in the US had skyrocketed in just a few years. Between 2017 and 2018, the number of high-school students using e-cigarettes rose by 78% -- the equivalent of one in five. Former director of the US Food and Drug Administration (FDA) called youth vaping an "epidemic", saying that since 2014, e-cigarette use had overtaken traditional smoking among children. As of last year, over 3 million high-schoolers and 500,000 middle-schoolers were using e-cigarettes in America. 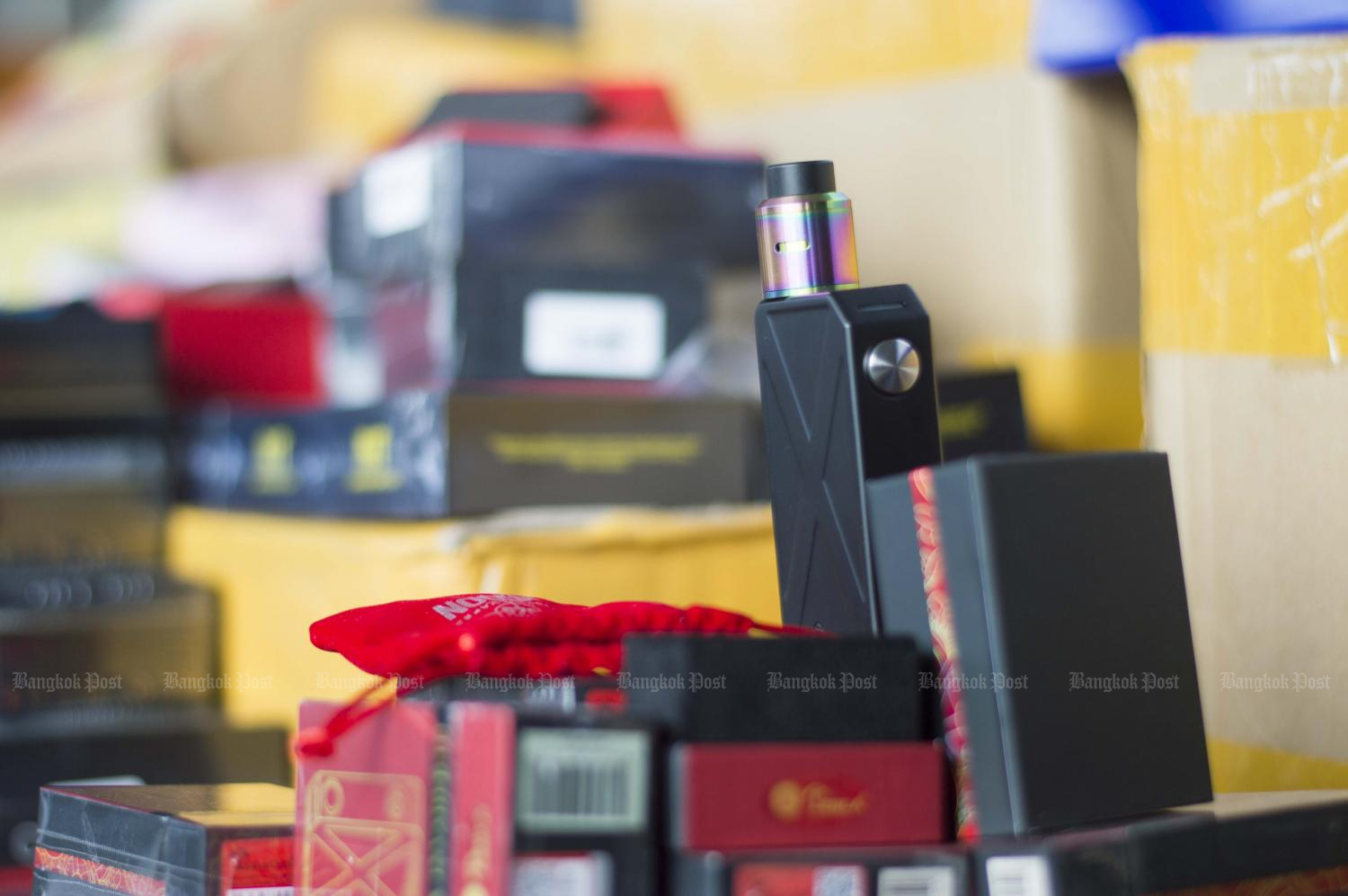 Thailand shares similar concerns. Dr Suwannapa cited a 2017 report by the Tobacco Control Research and Knowledge Management Centre which surveyed high school and university students. From around 2,000 subjects, around 30% of high-schoolers said that they had used e-cigarettes at least once. The situation was worse among university students, where 60% were reported to have vaped.

"A large number of students have access to e-cigarettes and this is dangerous," Dr Suwannapa said. "Like heroin, nicotine is easily addictive. This could lead to a rise in the number of smokers in the future. When students get addicted to nicotine, they could end up smoking traditional cigarettes or electronic ones. Either way, they're still addicts."

Vaping devices are now making headlines across the world following an outbreak of severe lung disease in the US which could be associated with e-cigarette use. According to a statement by the US Centers for Disease Control and Prevention (CDC), at least 215 cases of severe lung illness potentially resulting from e-cigarette use were reported in 25 states between June 28 and Aug 27 this year, with one death in Illinois.

"This tragic death in Illinois reinforces the serious risks associated with e-cigarette products. Vaping exposes users to many different substances for which we have little information about related harms -- including flavourings, nicotine, cannabinoids and solvents. CDC has been warning about the identified and potential dangers of e-cigarettes and vaping since these devices first appeared. E-cigarettes are not safe for youths, young adults, pregnant women or adults who do not currently use tobacco products," said Dr Robert Redfield, CDC director in a statement.

Dr Suwannapa warned that smokers can take in more nicotine from puffing an e-cigarette than a traditional roll.

"A traditional cigarette could contain, say, 8mg of nicotine, of which the body takes in around 1-2mg. But in an e-cigarette, the e-liquid can contain up to 18mg of nicotine, which could mean the body receives 5-10 times the amount of a traditional cigarette," she explained. Nicotine can lead to brain damage among younger users. Prolonged nicotine consumption also shrinks blood vessels, which increases the risk of coronary artery diseases and stroke in adults.

Realising the potential dangers of e-cigarettes, San Francisco became the first US city to ban their sale in June. Meanwhile, tobacco company Philip Morris has started offering an alternative: a tobacco-heating IQOS device, which releases a nicotine-containing tobacco vapour without burning the tobacco. The device was approved for sale in the US in April.

A paper published by the US National Library of Medicine, the National Institutes of Health states that e-cigarettes are not an evidence-based method of smoking cessation. 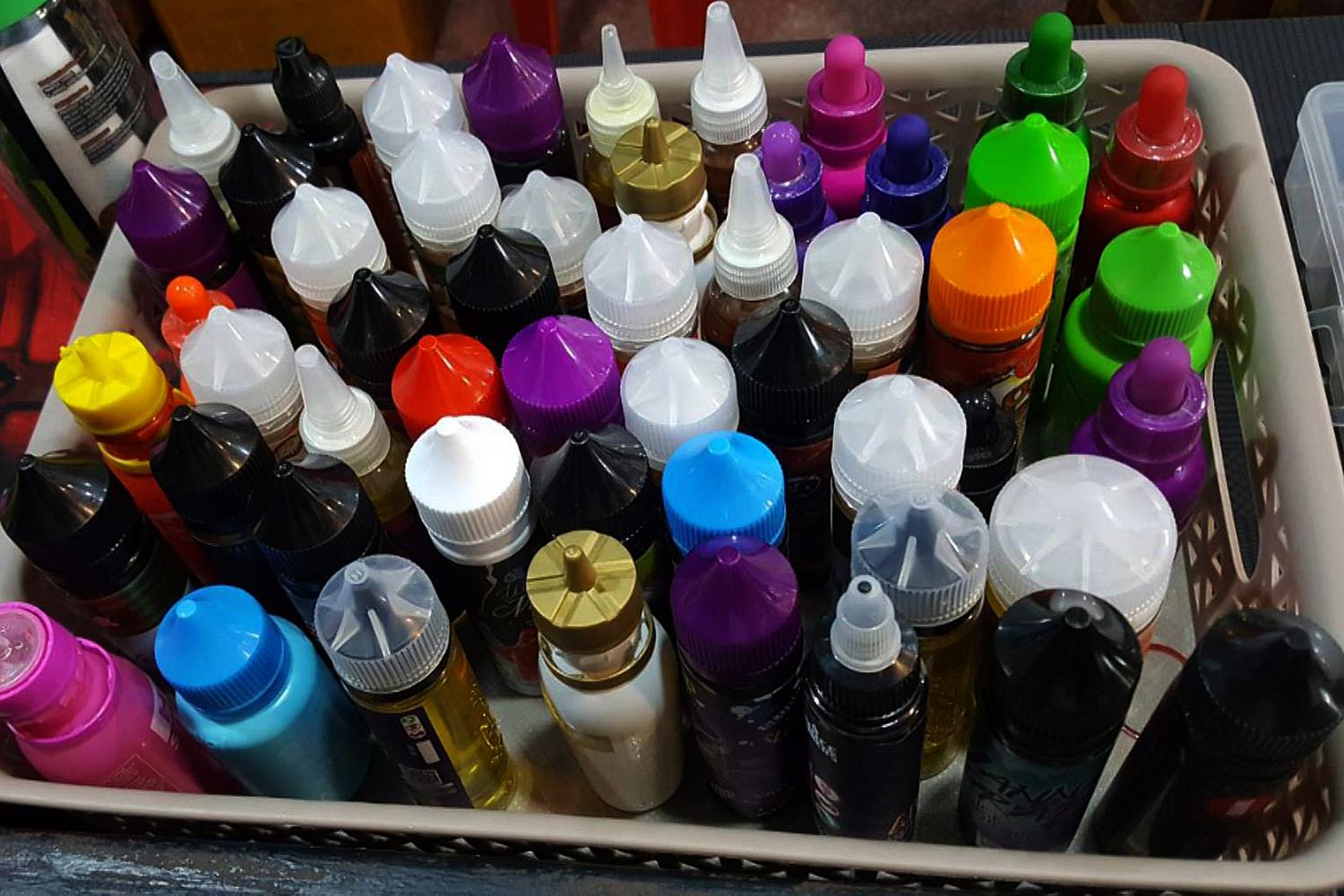 Dr Suwannapa agrees, pointing out that only 5-9% of smokers quit successfully after using vaping devices as a smoking cessation method. This is relatively low when compared to nicotine replacement, which renders a 15-20% success rate, or medication, with a 27% success rate. Even smokers who quit by themselves without depending on any aids reportedly have a 10-15% success rate.

"People opt for e-cigarettes because they think they are less harmful [than traditional cigarettes]," she went on. "Some think that smoking e-cigarettes looks cool, while others believe it can help them quit smoking altogether. In fact, e-cigarettes are not approved by the US FDA as an aid to quit smoking."

And given that there are hundreds of brands available, with thousands of e-liquid varieties, it is almost impossible to regulate the market.

"If e-liquid were available in hospital pharmacies, and doctors could prescribe it just like they do nicotine replacement therapy, then we could consider it a controlled medication. But now the situation is not like that. The use of e-cigarette as a smoking cessation aid is not approved and users might be risking exposure to other toxic chemicals. Further studies are needed to determine the long-term side effects.

"To quit smoking depends heavily on the mind. Those who are truly determined can quit cold turkey. Others find it too hard and continue smoking even when they fall prey to disease."

Regulating e-cigarettes in Thailand is an extremely controversial issue. Dr Suwannapa recognises that stakeholders have different perspectives on the devices.

"Whether or not you are for e-cigarettes depends on your personal perspective. Obviously, smokers want the devices to be widely available so that they have easy access and can satisfy their cravings," she said. "But as medical personnel, we don't want any narcotics in the country at all. The expansion of the e-cigarette market directly affects our kids."

Worryingly, studies have found that teens who vape may be up to seven times as likely to smoke regular cigarettes as those who have never tried an e-cigarette.

"Children and teens are curious by nature. It is our job to protect them. It's like toddlers, who are fascinated by electrical sockets and want to stick their fingers in," Dr Suwannapa. "The same applies to e-cigarettes. We have to prevent young people from accessing them."