Tradition vs trash on Loy Krathong

From krathong made from banana leaves to those made of styrofoam, bread, ice and other biodegradables, Thais have come up with many different ideas and materials to make floats for the Loy Krathong Festival, during which, on every Full Moon of the 12th lunar month, they pay respect and seek forgiveness from the Goddess of Water. The festival takes place tonight. 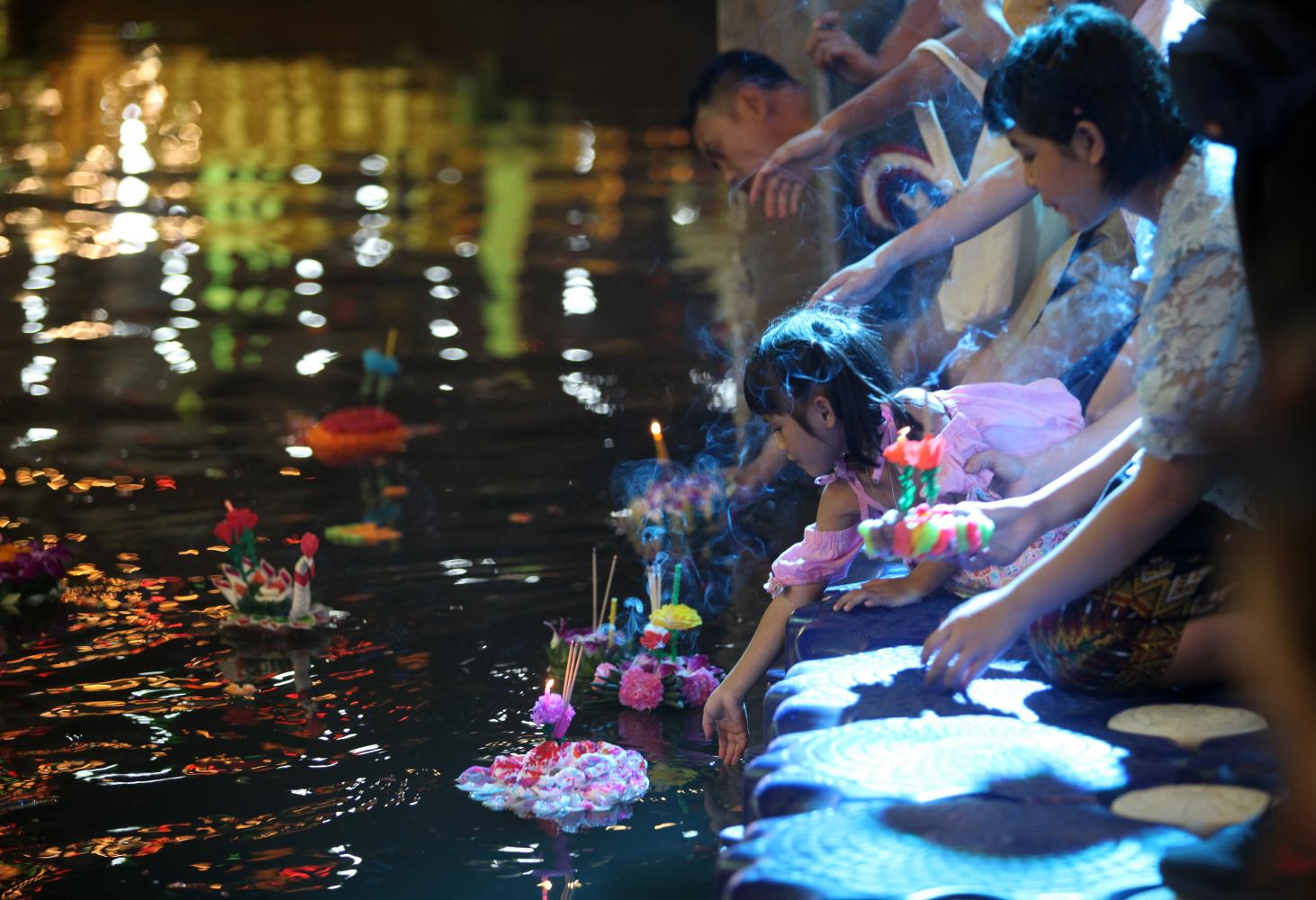 But over the years, the beautiful tradition has been known to have caused water pollution, since many krathong and other non-biodegradable components get stuck in waterways and sewers. Despite people's creativity to use more eco-friendly materials, it doesn't seem they are the right fix. Think krathong made from bread, which people once thought planet- and fish-friendly. In the end, it turns out that many of the edible floats are too much for fish and other water animals to swallow, and end up as rotten river garbage.

To raise awareness about this issue as well as to ask people to think wisely before releasing their floats, the Facebook page Little Princess of Andaman -- with almost 170,000 followers -- recently started a hashtag that encourages people to not use Loy Krathong as a way to pay respect to the Goddess of Water. Public opinion is divided. While many support the idea of stopping release of all kinds of floats on rivers and canals to reduce pollution, others believe Thailand's age-old tradition should be continued no matter what.

Life spoke to people of different ages and backgrounds to find out whether or not they plan to celebrate the festival this year.

I probably have to participate in a [class] activity at the university on Loy Krathong day, but if I can finish it early, I will join my family at a Loy Krathong festival around a river in Ayutthaya. The purpose of Loy Krathong is to seek forgiveness from the Goddess of Water, so we shouldn't stop doing it. We'd better reduce waste and use krathong made from natural biodegradable materials. In Ayutthaya, people use krathong made of fish food and bread. Ice krathong are fine because they are biodegradable too. Instead of floating krathong on the internet, I think it is better to enjoy Loy Krathong in person. It is another family activity.

I won't go to Loy Krathong festival. Online krathong are more adorable and useful than floating a krathong on waterways. Since the purpose of Loy Krathong is to apologise to the Goddess of Water, we shouldn't create more waste. Ice krathong is still not a good idea because it includes incense and candles, which will end up as garbage. If anyone wants to float a krathong, they should go to celebrate festivals at parks or any man-made ponds, so officers can clean up the krathong easily the following day.

Research and development employee at a private company

I will go to Loy Krathong festival, but won't float a krathong. I may take photos there. We should change how we apologise or express our gratitude to the Goddess of Water by reducing waste on water, such as floating one krathong for one village or putting krathong on soil instead of water. Online krathong is another choice for people who are busy or who want to reduce garbage from releasing krathong.

Works at a private company

I won't participate in the festival because it will be crowded. Floating krathong increases waste in the environment. It is better to float krathong in places where they have waste management. If we float krathong in waterways, garbage will be left in nature. I saw people share a photo of pins from a krathong which was floated on the sea, and the pins were eventually left at a beach. That was dangerous.

On Loy Krathong, I'll work at the hotel, but I may float a krathong in the hotel's pool. I admit that the festival creates garbage in waterways, but instead of discontinuing the tradition, we should reduce garbage, such as using one krathong for one family. Local government organisations should come up with waste-management plans to handle krathong. As a person who works in the tourism industry, I think we should continue the festival because it can attract a lot of tourists, and tourism is a main source of the country's income. It is good for our economy. As for ice krathong, they are difficult to prepare, and lots of ice may affect the water temperature and fish. Online krathong is a fun activity, but we aren't going to feel that we've paid respect to the Goddess of Water, which is the main purpose of the festival.

I usually go to Loy Krathong festival with my friends and enjoy the fun atmosphere. I'll probably join the festival this year if I'm not busy. I disagree with the "No More Loy Krathong" campaign, because this tradition is part of Thailand's national identity. Loy Krathong happens only once a year. It isn't reasonable to stop Loy Krathong, but we should reduce waste. We can pray together by using one krathong for one family or for a group of friends. Reducing waste is a sustainable solution to the problem. People should float krathong on ponds in parks, so all the floats can be collected by officers.

I don't think the campaign to stop Loy Krathong works because not many people have heard about it. I live next to a park, so I go to Loy Krathong every year by myself. At the park, most people float krathong made of banana-tree trunk, flowers and bread. I just know that bread is bad because it will sink to the bottom of ponds before officers can clean them up. Online krathong is fun too, but it is different from going to the festival. I will be there to enjoy the atmosphere.

I haven't been at Loy Krathong for years and won't go there this year. I disagree with the Stop Loy Krathong campaign. Instead we should plan on how to get rid of garbage and continue celebrating the festivity. Online krathong is a good option for saving the environment.

In the past 15 years, I've gone to Loy Krathong and used only biodegrade krathong. This year, I would like to join the festival because we should continually celebrate Loy Krathong, but must have environmental responsibility. We should pay respect to natural resource by using natural and biodegradable krathong or just pray in the mind. For online krathong, I never opt for it. To say a prayer online is like to send out an encouragement. If people feel good about it, it is fine to do so.

I won't go to Loy Krathong festival. It is too crowded. I lived in Saraburi province and saw people float krathong made of natural materials, but the krathong were rotting on rivers. I think everyone should clean up their own krathong after floating them. As a cultural conservative, I don't want everyone to go floating krathong on the internet until one day we no longer have the festival. We should continue the festival, but we have to be responsible for our own wastes.

I'm not sure if I will go to Loy Krathong this year because there will be too many people. When Samak Sundaravej was the Bangkok governor, he said people should float krathong in parks, not on waterways, and should use styrofoam krathong because they were easy to clean up. I agreed with his ideas. The campaign to stop Loy Krathong may encourage some people to not go to the festival, but not everyone agrees with it. This movement won't make the tradition disappear. Loy Krathong also increases economic activity. In Chiang Mai, we have a walking street where people can go shopping or enjoying food. We don't have to go out only for floating a krathong. 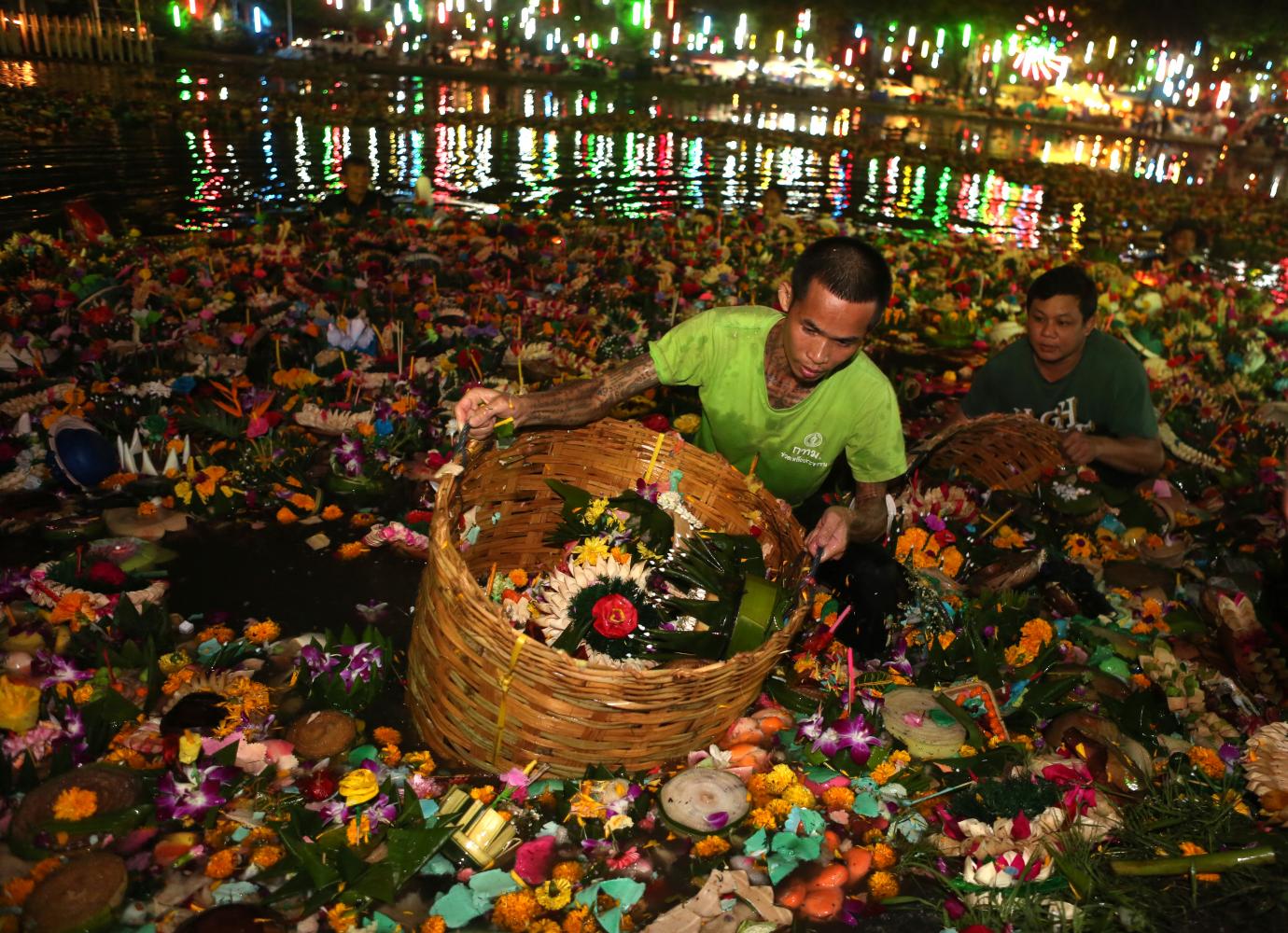