Christophe Bourrié had long been interested in luxury watches and jewellery as he did a thesis on this industry for a master's degree in corporate finance at Paris Dauphine University. 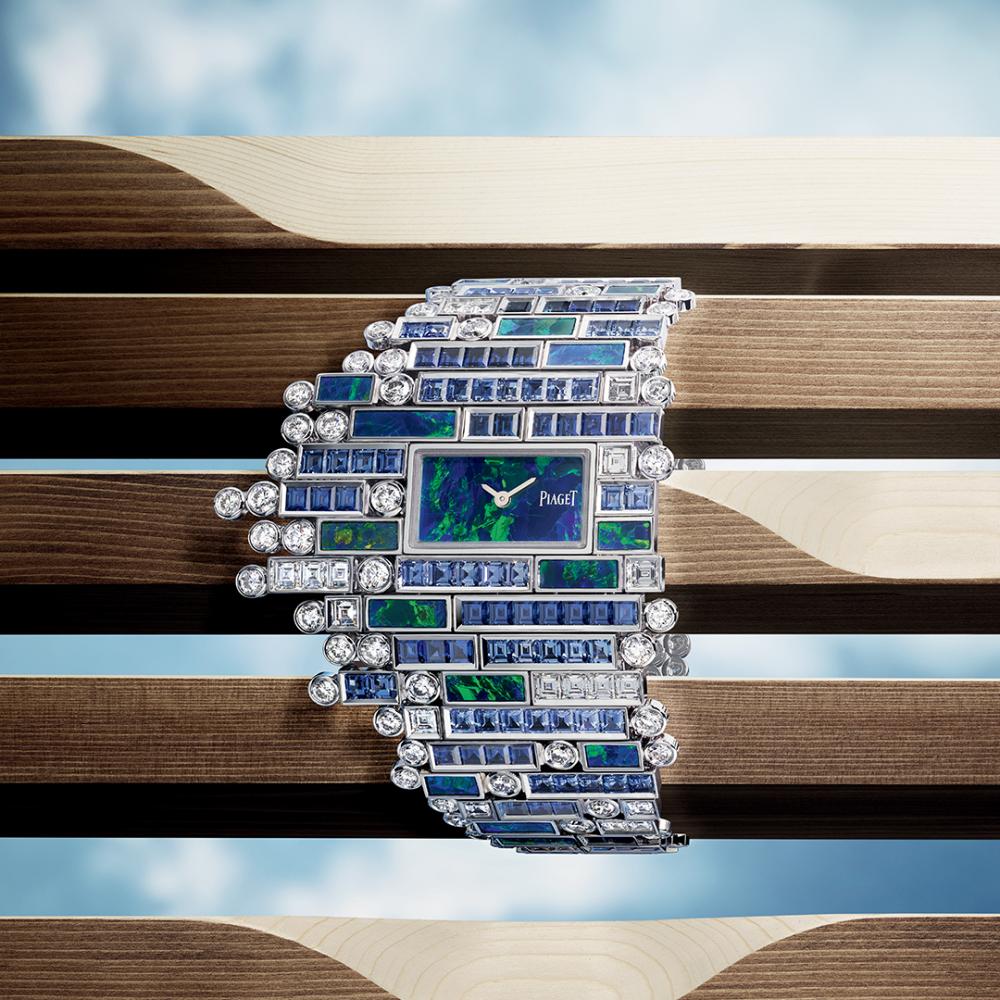 The white gold Secret Cenote cuff watch is set with diamonds and sapphires that echo the blues and greens of tropical vegetation.

Last summer, he eventually landed in the business at Piaget, where he's a member of its executive committee and global director for high-jewellery and exceptional creations.

Bourrié's previous experiences included working for his family's wine company and private banking. He's actually very familiar with the Asian market since he was based in China, Singapore and Hong Kong for nearly 15 years.

"Living in this part of the world changed me in many ways," said the Frenchman. "Asia is amazingly different from north to south and east to west. There are so many different cultures, religions and beliefs. My main takeaway would be the people and the way to interact with them, their generosity, friendship and trust are way beyond my expectations."

He noted that high jewellery and fine wine share the same profile of clients, who particularly like sophisticated products endowed with a strong heritage. 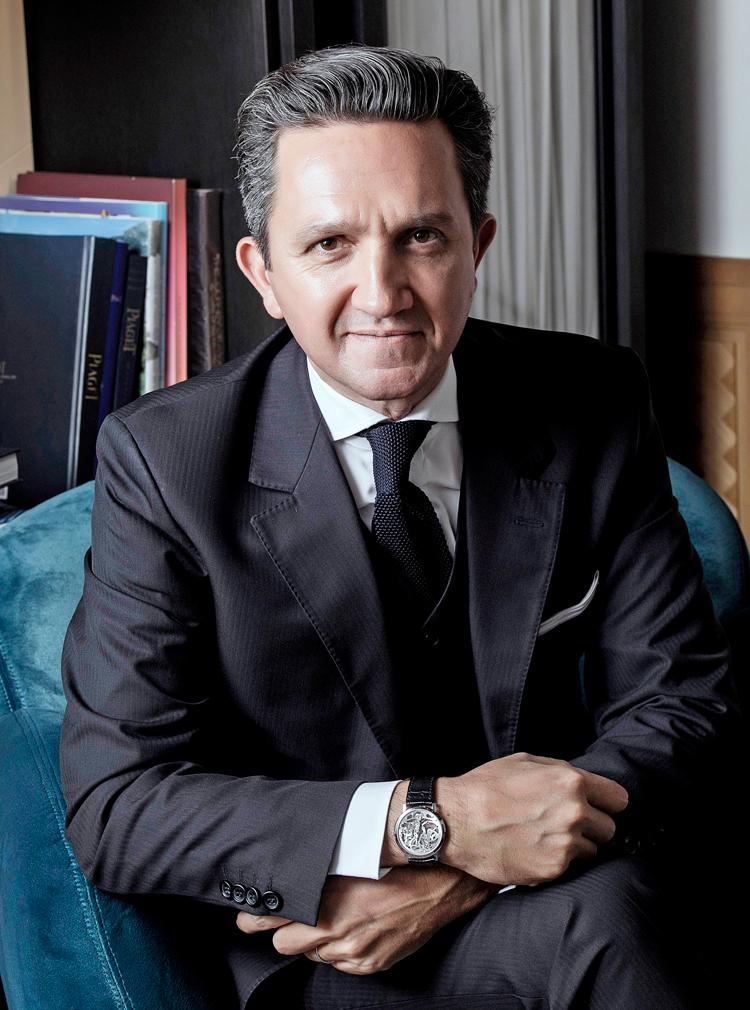 "There are other similarities. Firstly, the terroir -- both gemstones and grapes come from a very specific region of the world and can't be found elsewhere," he said. "Secondly, the scarcity -- we have to work with what Mother Nature gives us and not more, we can't reproduce it. Accordingly, jewellery and wine creations involve passion and craftsmanship in order to achieve the highest level of quality."

Piaget makes no compromise when it comes to gemology, he added, as the Swiss maison uses only non-treated, non-heated, no oil, natural gemstones.

Some very rare stones, such as a Paraiba tourmaline from Mozambique, a Ceylon sapphire from Sri Lanka, and red spinels from Tanzania, sparkle in the new high-jewellery Wings of Light collection, which was recently unveiled in a virtual presentation by Bourrié.

"Each gem tells us a different story and heritage, and some even have gone through time and history -- they are witness of the past and they carry hope of a better future," he said.

Wings of Light is a sequel to the Sunlight Journey, Sunlight Escape and Golden Oasis collections that capture the splendour of nature and the transition of the dazzling Sun. 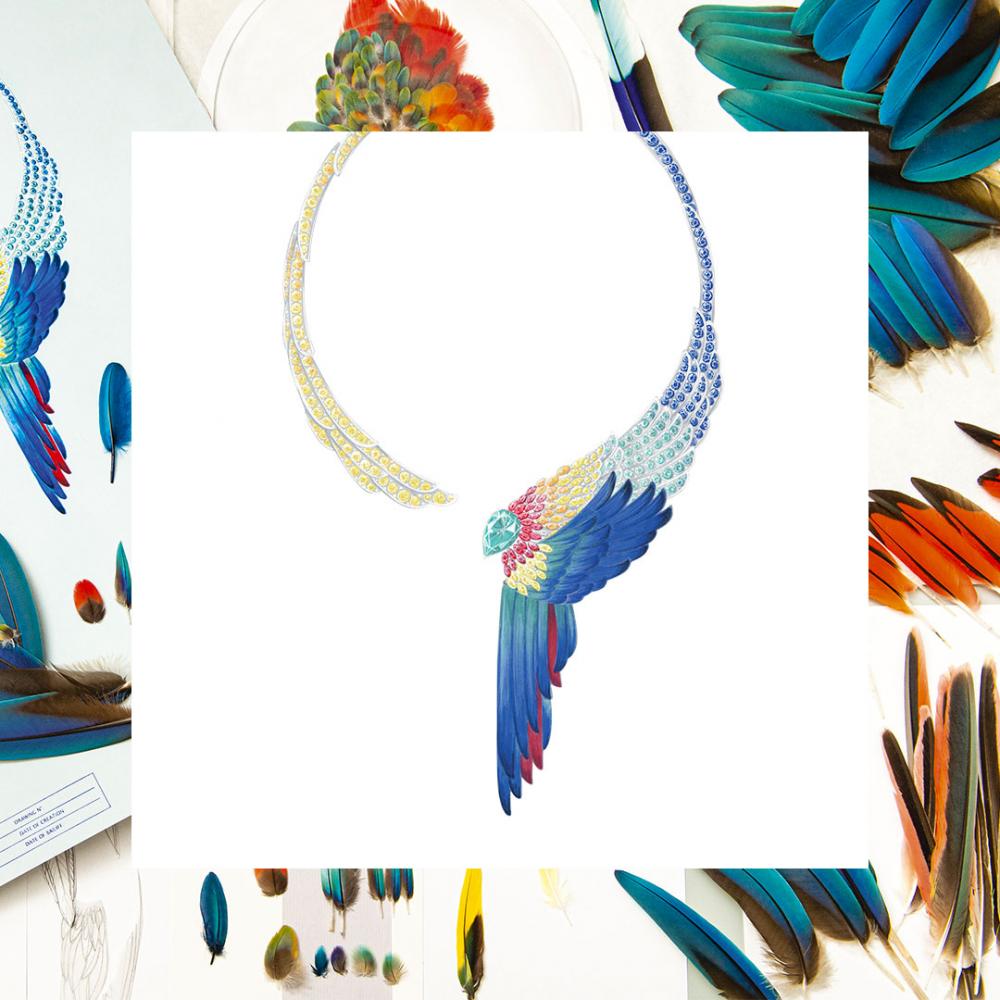 Last year, the Golden Oasis collection celebrated the beauty of the desert through three themes: Play of Lights, Desert Minerals and Native Bloom.

Following the call of the jungle, Piaget designers and artisans created Wings of Light to narrate a journey on an imaginative flight through the tropics to a tranquil oasis for a breathtaking view of the setting Sun.

"Piaget's high-jewellery collections have become a saga of thousands of stories. Nature has inspired our creations since the beginning and in a way, we are following the path of the Sun," he said. "For the Wings of Light collection, our bird is imaginary and our blooming flowers are reinterpreted in a creative and stylistic way." 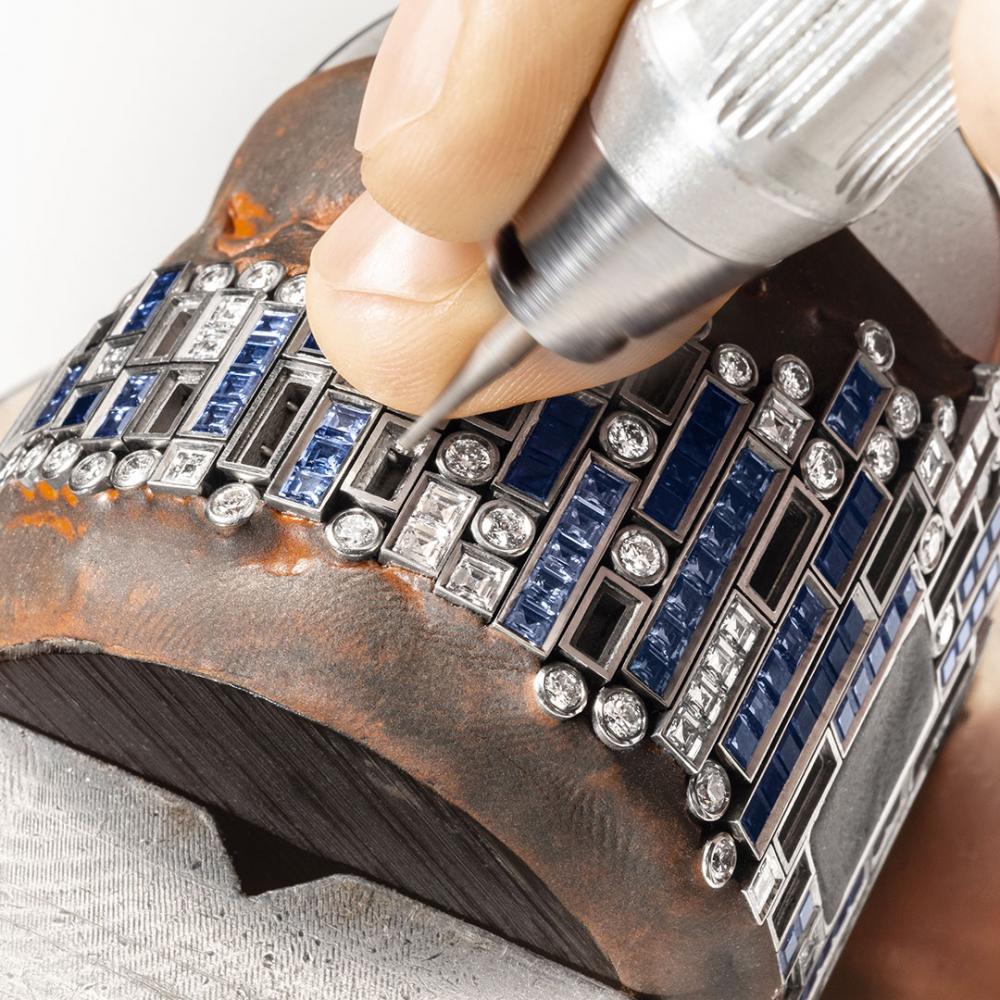 Precision gemsetting of baguette-cut sapphires as well as baguette- and brilliant-cut diamonds on the white gold Secret Cenote cuff watch.

The necklace can be worn with or without the feather marquetry element, which transforms into an ear cuff and can further be divided into two parts as earrings.

French artist Rose Saneuil reinvented marquetry as a combination of leather, wood and mother-of-pearl, featured in the rose gold Rainbow Light cuff bracelet with diamonds and a cushion-cut rubellite, and matching earrings set with diamonds, rubellites and pink tourmalines.

Reflecting the warm tones of the sunset, the rose gold boasts Palace Décor hand-engraved finish, which is one of Piaget's signature métiers d'or.

Its goldsmithing and jewellery workshops are located in Les Ateliers de l'Extraordinaire, at the manufacture in Plan-les-Ouates, on the outskirts of Geneva. The watchmaking and movement development still take place at its birthplace in La Côte-aux-Fées, in the Swiss Jura mountains, where Georges-Edouard Piaget founded the company in 1874. 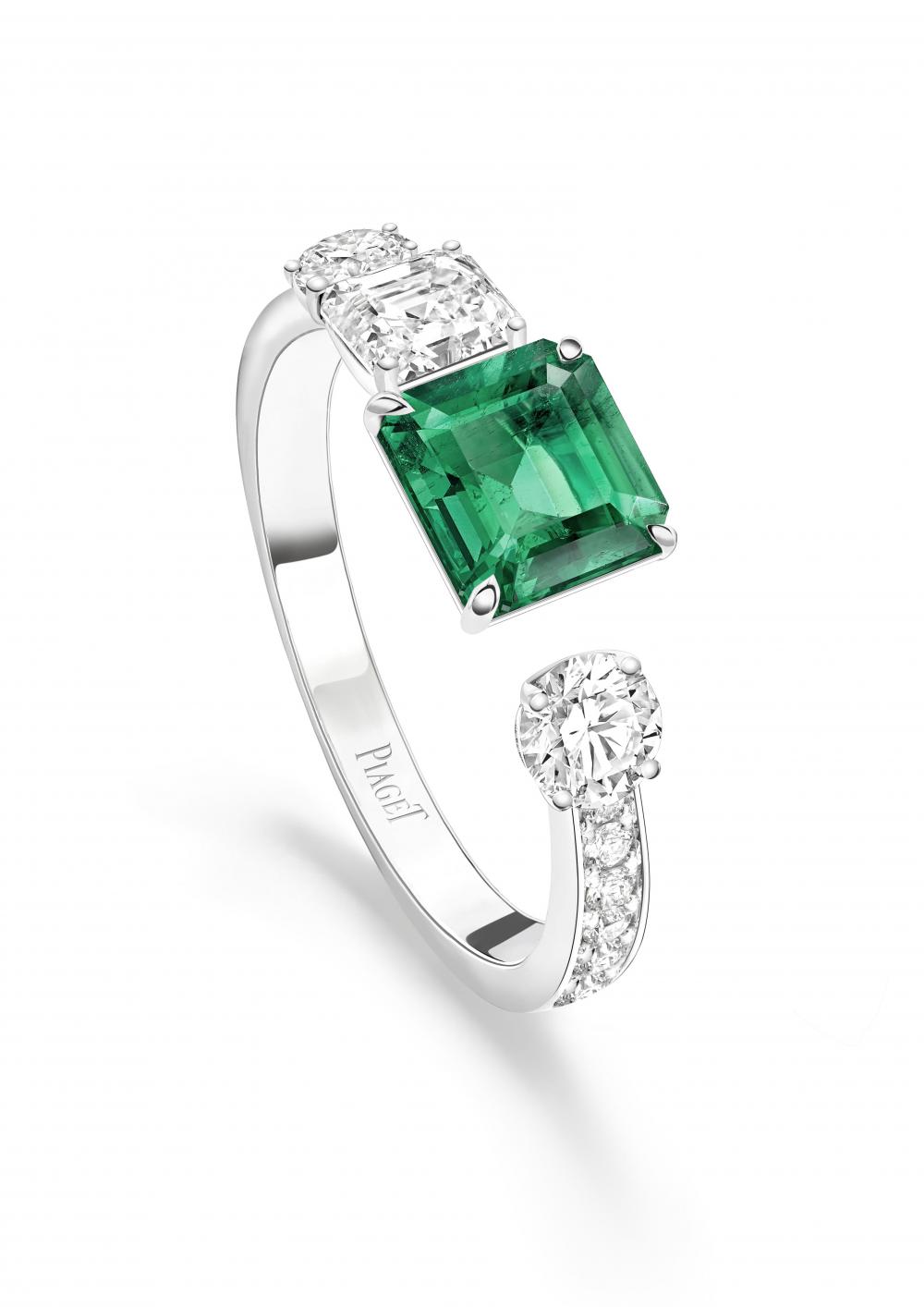 The gemsetting employs techniques that bring out the beauty of the precious stones that were slowly formed by nature over millions of years.

Meticulous and precision gemsetting is exemplified, for instance, by the asymmetric white gold Secret Cenote cuff watch with brilliant- and baguette-cut diamonds as well as baguette-cut sapphires that echo the blues and greens of tropical vegetation.

The precious high-jewellery, however, is not meant to be kept in a safe, as the creations are designed for wearability.

"Many of Piaget's exceptional creations offer transformability, which responds to clients' lifestyle. They will be able to wear our versatile high-jewellery in different ways, for a casual to a more formal look, for different occasions," Bourrié said. 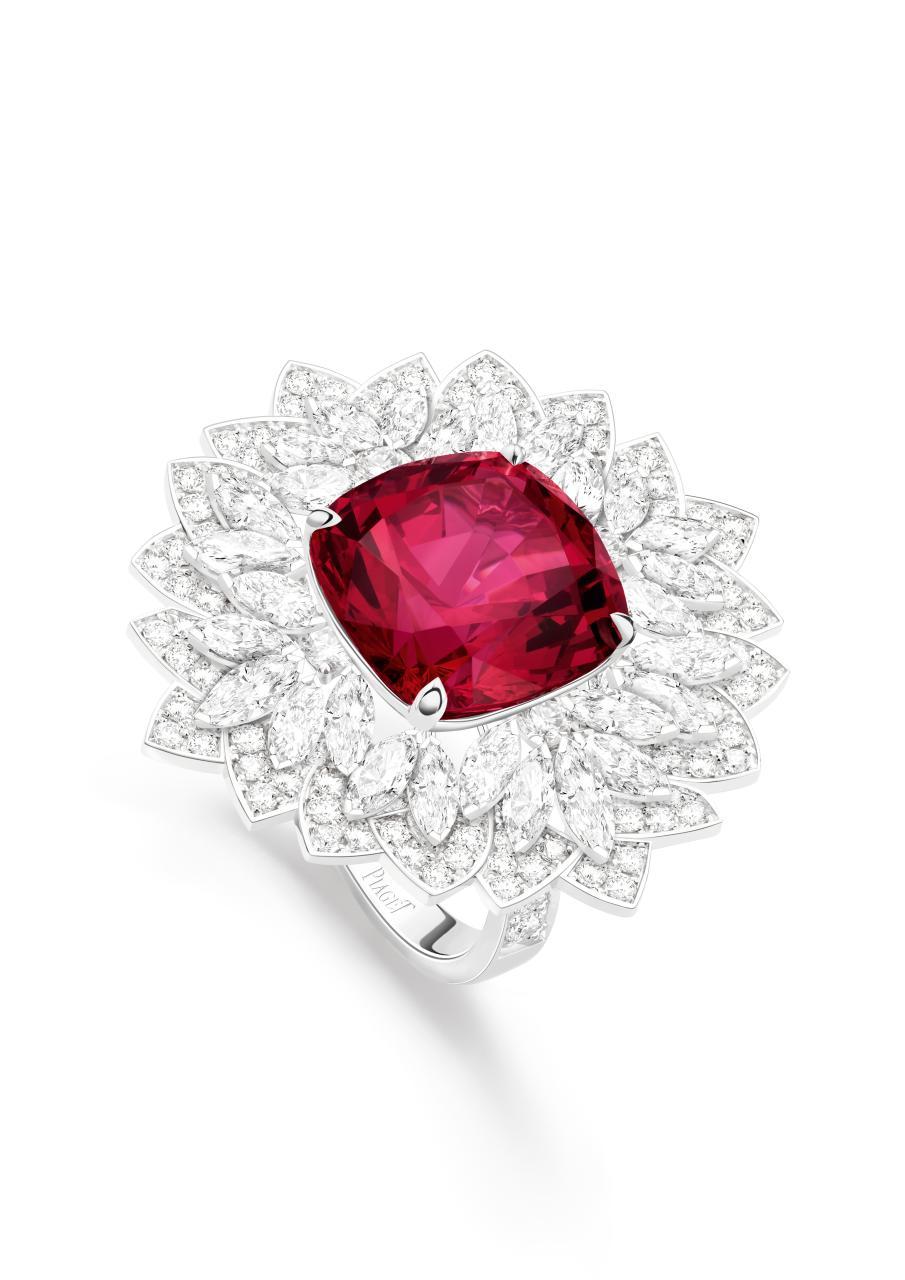 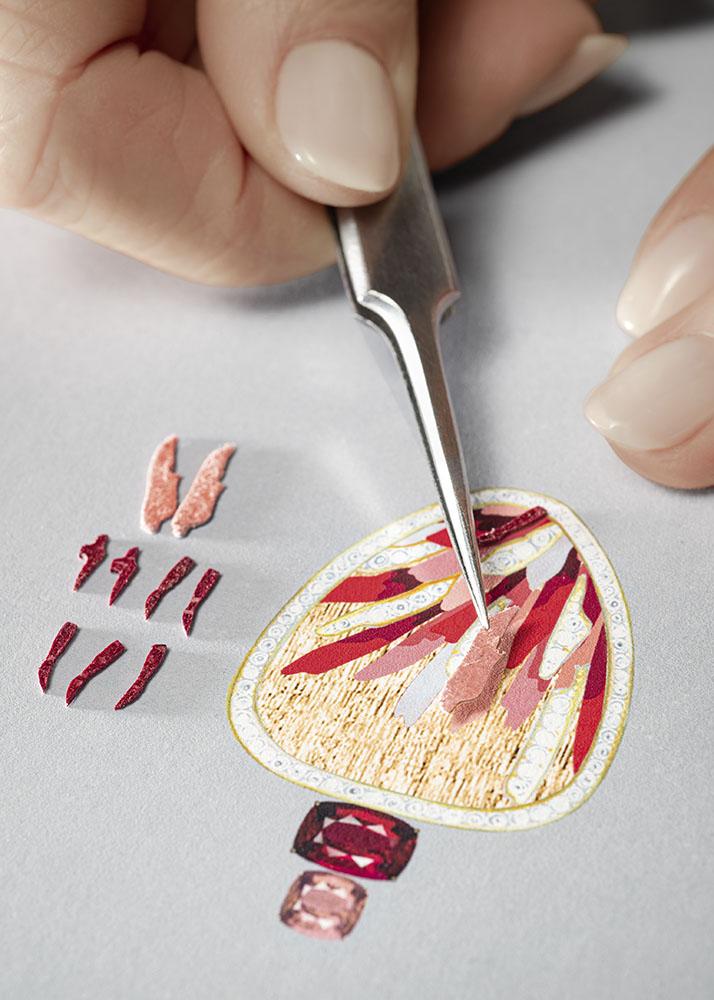 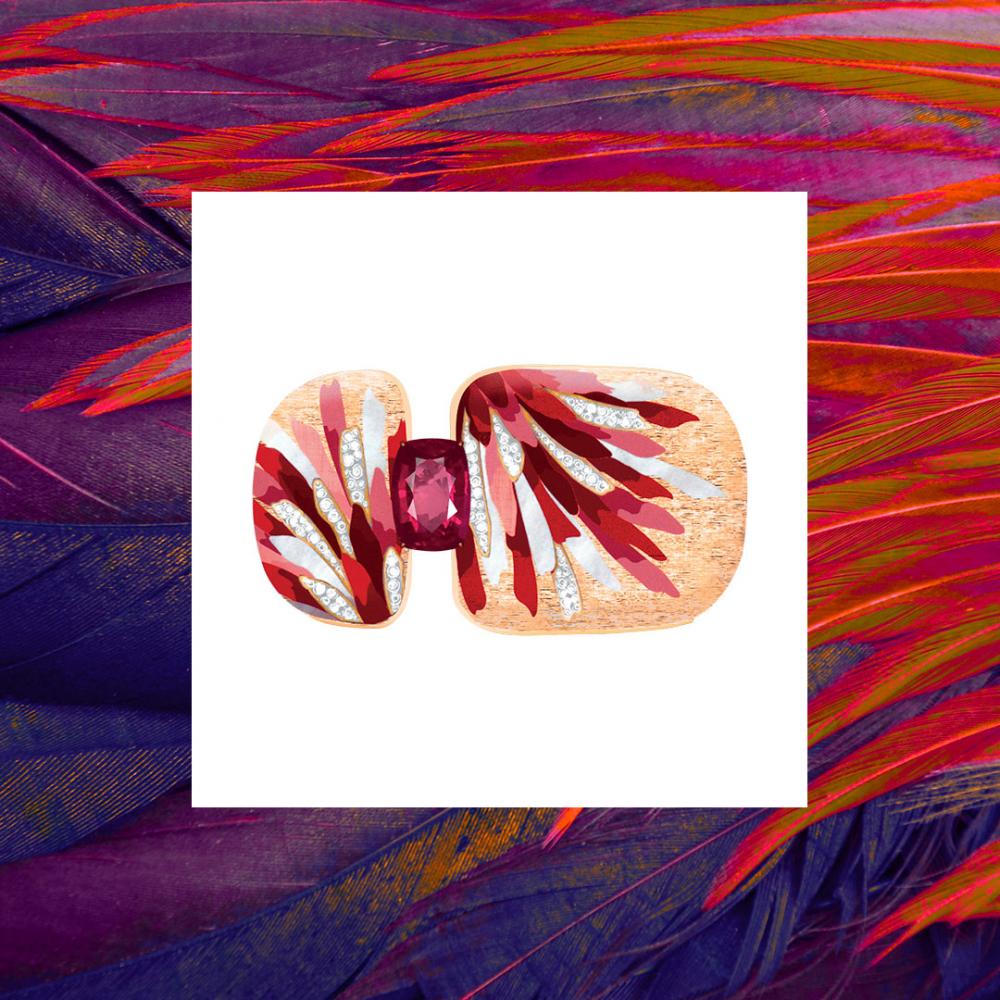 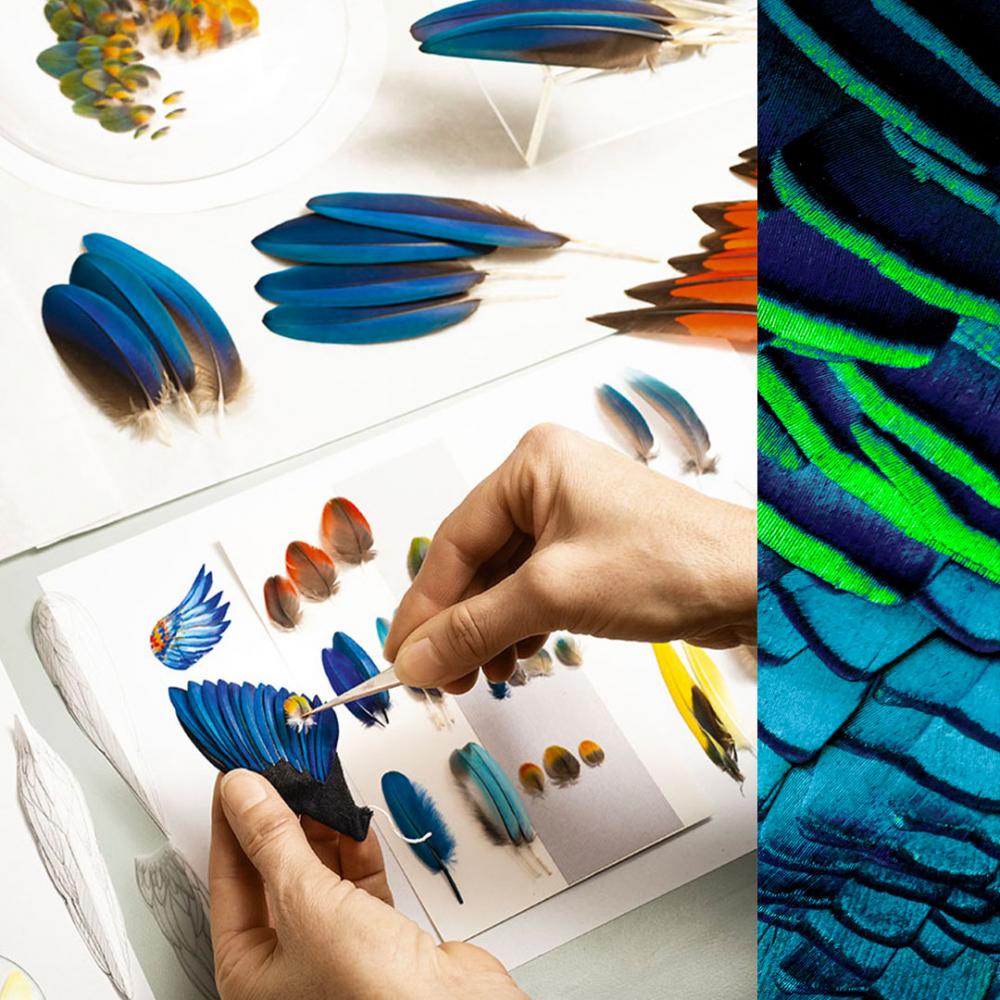