The age of magical capitalism

When ritual trumps belief, Thai religion can expand to embrace the modern world

At a press conference in 2016, Gen Prayut Chan-o-cha tugged open his shirt to reveal over a dozen amulets hanging on his chest, and explained these would give him moral support in negotiations with Russia's President Putin. The leader of globalised Thailand was vaunting the use in international diplomacy of devices made with arcane substances and blessed by monks with a reputation for expertise in magic. 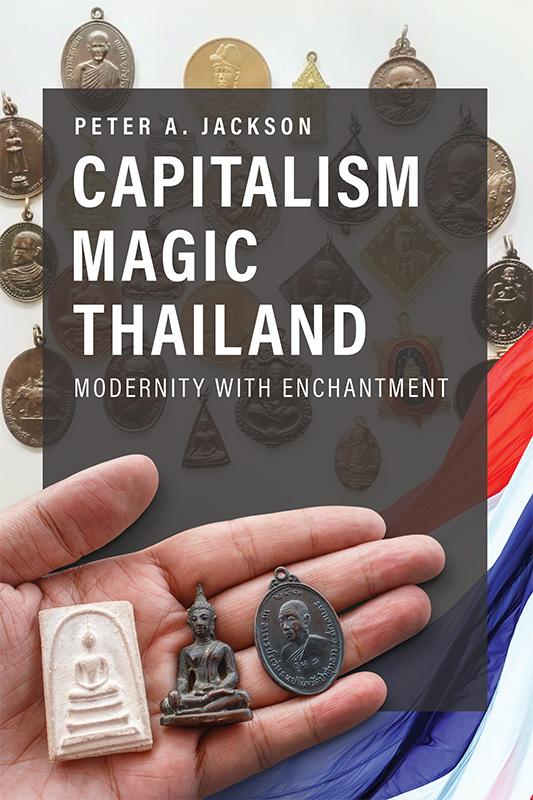 In the 1990s, Peter Jackson of the Australian National University and some others began to write about the "cults of wealth" that had mushroomed in Thailand in the prior few years. They tended to relate the growing enthusiasm for worshipping historic kings, buying amulets, consulting spirit mediums and patronising magic monks to the disorientation of the economic boom and bust of that time. But as the boom and bust have faded into the past, these practices have boomed. They have multiplied in scale and variety, spread via the Thai diaspora around the world, and moved from the fringes to the mainstream -- to the prime ministerial chest on public display. In this new book Capitalism Magic Thailand, Jackson explains how these practices are integral to Thailand's transition to an urbanised, globalised, capitalist society. This is the age of "magical capitalism".

Jackson focuses on four areas. The first is worship of gods and historical figures outside the scope of Buddhism. In 1956, the Erawan Hotel erected the Brahma shrine which was converted by worshippers into a second city pillar for the commercial quarter, and was soon joined by a whole pantheon of Hindu deities at other retail complexes. In the 1990s, the equestrian statue of King Chulalongkorn became the focus of daily worship. Soon after, the Mahayana bodhisattvas Kuan Im became popular and her image began to appear in Buddhist temples.

The second focus is on monks who have acquired a reputation for supernatural expertise as a result of ascetic practice. These included famous monks from the past, contemporary monks with auspicious names like money, silver or multiply, and especially Luang Phor Khoon, a local monk from rural Korat who became a global phenomenon.

The third focus is on amulets, often produced by these magic monks. Over the 20th century, they supplanted many earlier devices carried for protection because they were convenient for modern dress and lifestyle. They were first popularised among police and military, but then expanded into an enormous mass market.

The fourth focus is on spirit mediums who contact powerful figures from the past or from the divine world in order to give advice and assistance.

Jackson suggests that this explosion happened in part because the authorities overseeing Buddhism became less vigilant in the late 20th century, and because the monkhood was damaged by sexual and financial scandals. More important, though, was the rising demand for new forms of religious experience. Max Weber had argued that magic would give way to rationality in the modern world, but the modern world of global capitalism and geopolitics has turned out to be so complex, unfathomable and threatening that rationality is totally inadequate. Just as people once looked to supernatural forces to cope with the vagaries of disease and weather, they now seek similar assistance for coping with the market and everyday life. But with many differences.

In the past, people looked to gods, spirits and amulets primarily for protection. But now the single-minded goal is prosperity. Luang Phor Khoon promised his followers: "I will make you rich." Moreover, the development of the modern economy, consumerism and especially of media has totally changed the environment for all these practices. The image of King Chulalongkorn was no longer anchored to the Royal Plaza but could be reproduced in countless forms in countless media. Amulet markets moved from pavements outside temple gates into department stores. And once these practices became part of the marketplace, they had to respond to the market's constant demand for novelty. New monks are discovered. New figures are found to worship. Ganesh enjoyed a boom in the early 2000s, and a Burmese spirit in the last few years, along with several other figures drawn from history, literature and local folklore.

Since around 2000, these practices have not only become more common, but also more legitimate and mainstream. Spirit possession in particular used to have a somewhat shady reputation, but has now become respectable, particularly with the public support of the generals who have returned to prominence since 2006. Banks and major companies sponsor the production and distribution of amulets. Government agencies organise weekend tours to visit magic monks. The Thai postal service produces series of stamps on deities and monks, even claiming that some contain cabalistic writing in invisible ink. The business beside the overhead walkway through Ratchaprasong invite people to sample the shrines and stores with the classic slogan: "Eat Pray Shop."

While these practices mushroomed bottom-up by popular demand, Jackson argues that they are now sustained by commercial patronage, political protection and elite endorsement. Even Abhisit Vejjajiva (educated at Eton and Oxford) has publicised his amulet collection. The Buddhist establishment has quietly tolerated these new practices. Perhaps the most important mainstreaming force has been the support from military and monarchy. Jackson promises a second book which will deal with that aspect in more detail.

Among academics there has been a long-running debate on how to characterise these new practices and explain how they relate to Buddhism. Jackson avoids any simple summary. He argues that "modernity makes magic"; that a Thai emphasis on ritual rather than belief makes it possible to expand the religious repertoire ad infinitum; and that Buddhism has retained its superior status within Thailand's religious complex by subtly embracing these new practices rather than opposing them. The religious marketplace is destined to expand. Peter Jackson has given us a fascinating guide to Thailand's distinctive embrace of the modern world.