Harrowing tale of a disappeared

Silencing Of A Laotian Son – The Life, Work And Enforced Disappearance Of Sombath Somphone is a call for action against enforced disappearances. The book not only speaks of the life and work of abducted Lao activist Sombath Somphone in 2012, but it is also a record of his kidnapping and struggles against injustice that Ng Shui Meng -- his Singaporean wife -- had experienced. 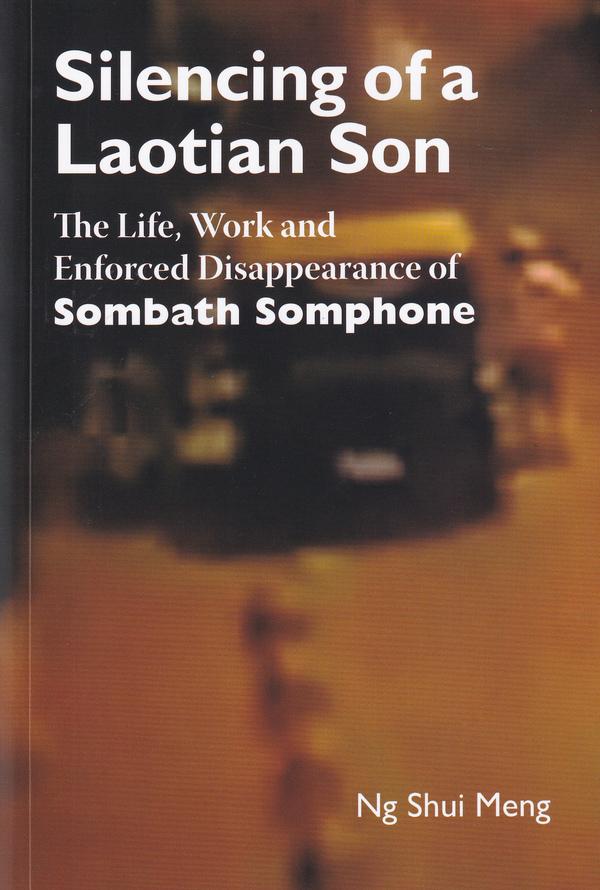 Opening with the abduction in Chapter 1, the section Caught On Camera, details how his disappearance transpired. Sombath was stopped by the police at their post on Thadeua Road in the Lao capital Vientiane, he got out of his jeep and then walked into the post. No more than a minute later, a man in dark clothing was spotted arriving at the police post and driving Sombath's jeep away. Minutes later, a white truck arrives, Sombath is moved hurriedly into it, and is driven away.

We now know of this because junior officers at a local police station, probably naively, allowed Shui Meng to view the CCTV footage. We learn later in the book that Shui Meng recorded the footage on her phone, making it a crucial piece of evidence that otherwise would make the abduction unprovable.

So why was Sombath abducted? Chapters 3-10 hold the key. In these chapters, a US-educated Sombath, while mild-mannered, is presented as an independent person with a strong sense of justice. His work, narrated across the chapters, shows that he had been working to develop bottom-up approaches for rural communities in Laos to self-sustain. This was a strong antithesis to the top-down approach of Laos's incumbent political culture.

His appointment as the co-chair of the National Organising Committee for the Asia-Europe People's Forum in 2011 appears to be the final rub. In order to balance the sensitivities of the Lao government with the competing interests of civil society groups and the International Organising Committee, Sombath remained independent. But that wouldn't have sat well as in a top-down society -- being independent still means you are against the grain.

In Chapter 11, it is clear that Shui Meng's strategic phone recording of the CCTV footage continues to be the crucial evidence of the abduction. Offers of technical assistance by the governments of Germany, Singapore and the United States to examine the CVTV were rejected by the police. But even with the footage, the government still issued an official report saying that there was no involvement of the state or police, rather, that Sombath could have been abducted because of a personal or business conflict.

In the same chapter, we learn that Shui Meng tries to leverage the years of connections built within the Lao government and Party officialdom to seek answers. She took out a missing person notice in English newspapers and sought help from the local communities. She also appealed to the diplomatic community in Laos, met with the Asean and Europe parliamentary delegations and sought further support from international organisations. But all of this was to no avail.

Silencing Of A Laotian Son offers an insight into yet another case study of enforced disappearance.

First, it points to a need to disseminate knowledge about enforced disappearances. As Shui Meng's account shows, those who had loved ones and colleagues abducted and disappeared have little knowledge about such acts and need to learn a lot about their political, social, economic, psychological and emotional impacts.

Second, this case demonstrates that at the end of the day, the networks one builds among political party members, government officials and the diplomatic community within a country are not effective. Under autocratic regimes, activists, civil society members, families of victims, media workers and others cannot solely rely on these connections to deliver justice. Self-preservation, profit and political access to those in power remain the priorities and the interlocutors often counsel the families of the victims to let it go and move on.

Third, the book highlights the struggles of women after their loved ones have been forcibly disappeared. Often the disappeared is a male and breadwinner, leaving the woman with the financial fallout and family obligations, and at the same time the distress and stress to seek answers to the abductions. Writing a memoir about a loved one lost by enforced disappearance was not easy work, Shui Meng recounts in the book. It had been an emotional and psychological journey for her to finish it.

Recording the story of the disappeared remains one of the best ways to remember them. However, the book proves yet again how prevalent abductions are, especially in Southeast Asia, and the unimaginable fate that victims face. It signals that actions are needed to prevent enforced disappearances, to hold the perpetrators to account, and to seek justice for the victims and families.