The world on your wrist
Life
Social & Lifestyle

The world on your wrist

A world timer would have been a useful travel companion for Edouard Bovet, who left London on April 20, 1818, aboard the Orwell, a ship of the Compagnie des Indes, to China. On Aug 16, he arrived in Canton, where he quickly sold four timepieces.

The Bovet brothers registered their family business on May 1, 1822, with Edouard residing in Canton, while Alphonse and Frederic were in London, and Gustave was managing the workshops in Fleurier.

The 200th anniversary of Bovet 1822 is marked by the Orbis Mundi, with an ingenious world time function. Since Pascal Raffy took over the company in 2001, the Maison has developed double, triple, and world-time watches that have been successful among collectors.

Bovet 1822 took multiple time zone displays a step further by incorporating a dome with the names of 24 cities into the Récital 26 Brainstorm Chapter Two, which received the Mechanical Exception Watch Prize at the GPHG 2020.

"The Orbis Mundi came as an idea when fine-tuning all the mechanical details of the Récital 26 Brainstorm Chapter Two, whose dome, located at 3 o'clock, allows a very intuitive way to choose and read the selected time zone. Likewise, the Orbis Mundi displays the 24 time zones in a unique way," said Raffy. 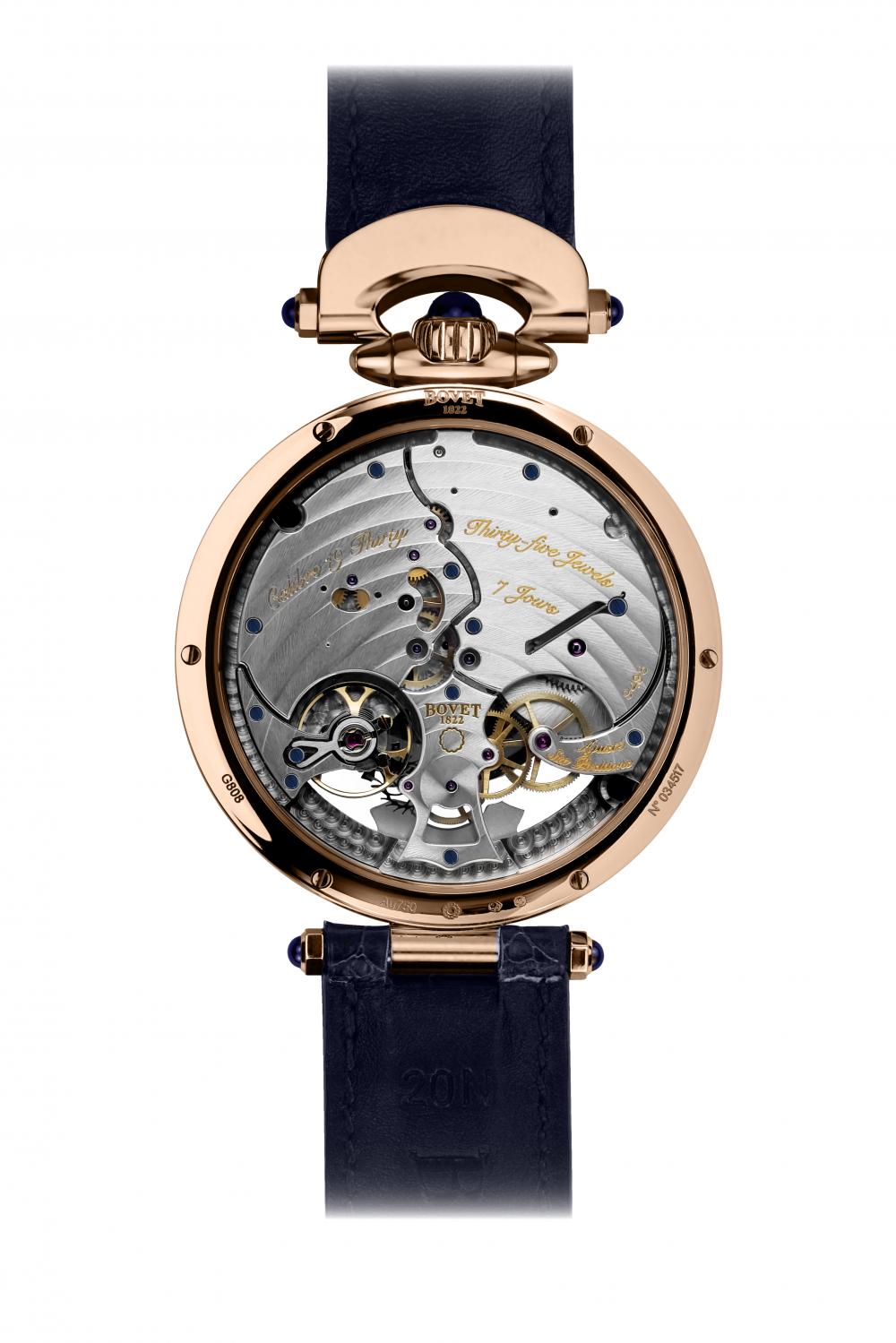 The world time display is crafted in aventurine glass, with the name of cities in yellow. As the cities radiate from the top of the globe, they can be viewed easily at a glance and reading the time in all 24 zones becomes intuitive and simple.

"As you can imagine, I travel quite a lot as head of Bovet 1822, and deal with people in many different time zones," said Raffy. "I wanted an elegant timepiece that would make it easy to set and tell the time anywhere in the world.''

All functions are set using merely the crown. Turning the crown counter-clockwise allows for setting the hours and minutes, and clockwise to set the 24 world time display.

Aventurine glass is also used for the 20-second indicator located at 6 o'clock, where the three-arm second hand rotates above the exposed balance wheel and regulating organ.

The 42mm Orbis Mundi is housed in an emblematic Fleurier case, in grade 5 titanium or red gold, with a Bovet bow at 12 o'clock. 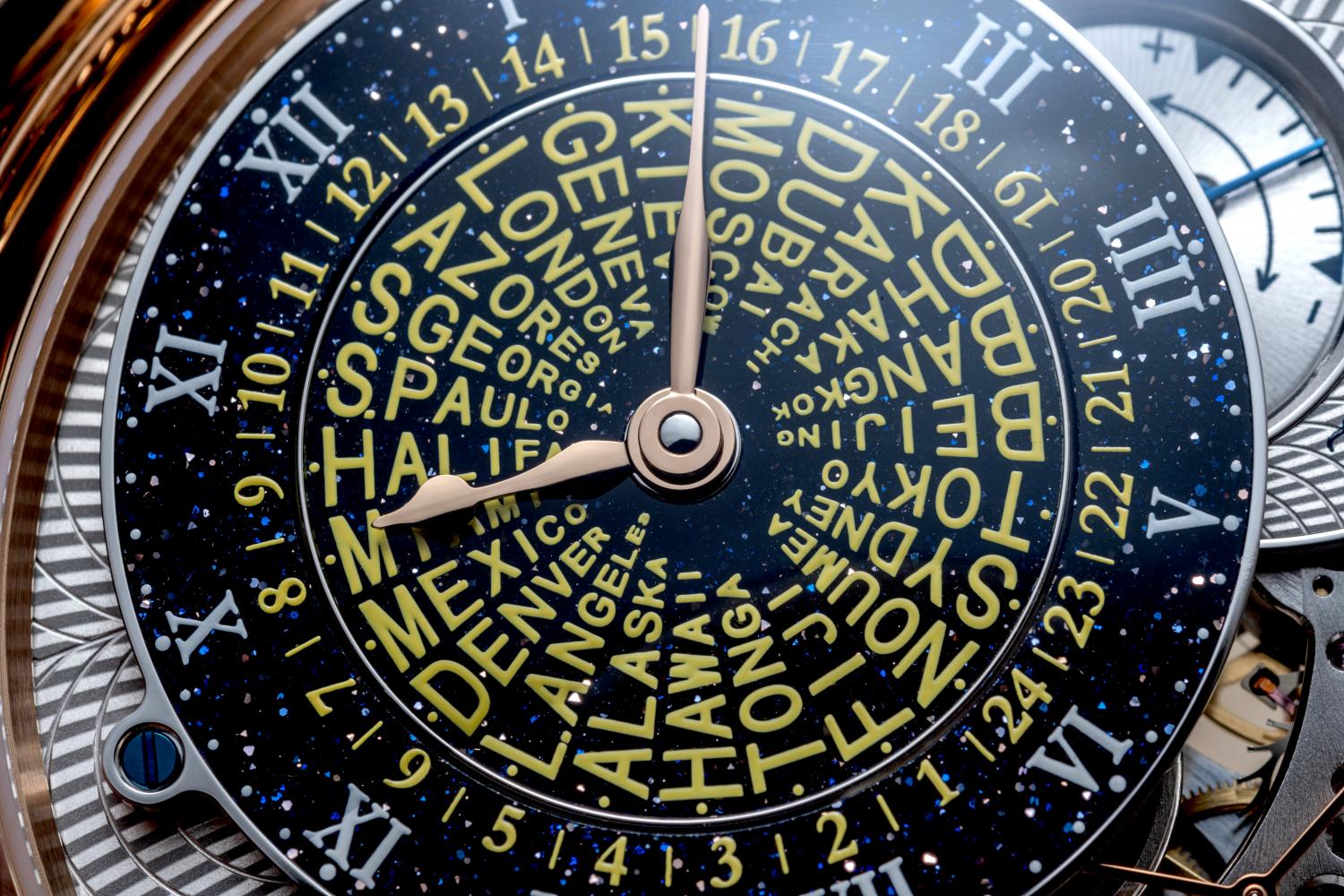 Cities radiate from the top of the globe so they can be viewed easily.

On the case back, the sapphire glass reveals details of the finely finished manual-winding movement, providing a power reserve of seven days via a single barrel, with the indicator positioned on the right of the world-time dial on the face of the watch.

Bovet 1822 is one of the few completely integrated manufactures in the watchmaking industry. It produces 95% of the components and uses the term "Swiss Handcrafted" instead of "Swiss Made''.

"Our cases, dials, hands, movements, up to the hairspring, are 100% made in house. We take care of all details when decorating every single component of our timepieces," said Raffy. "The Orbis Mundi is beautifully seated on the wrist. You will enjoy discovering a new detail, depending on the light, and the ease of adjusting the universal time simply with the crown." 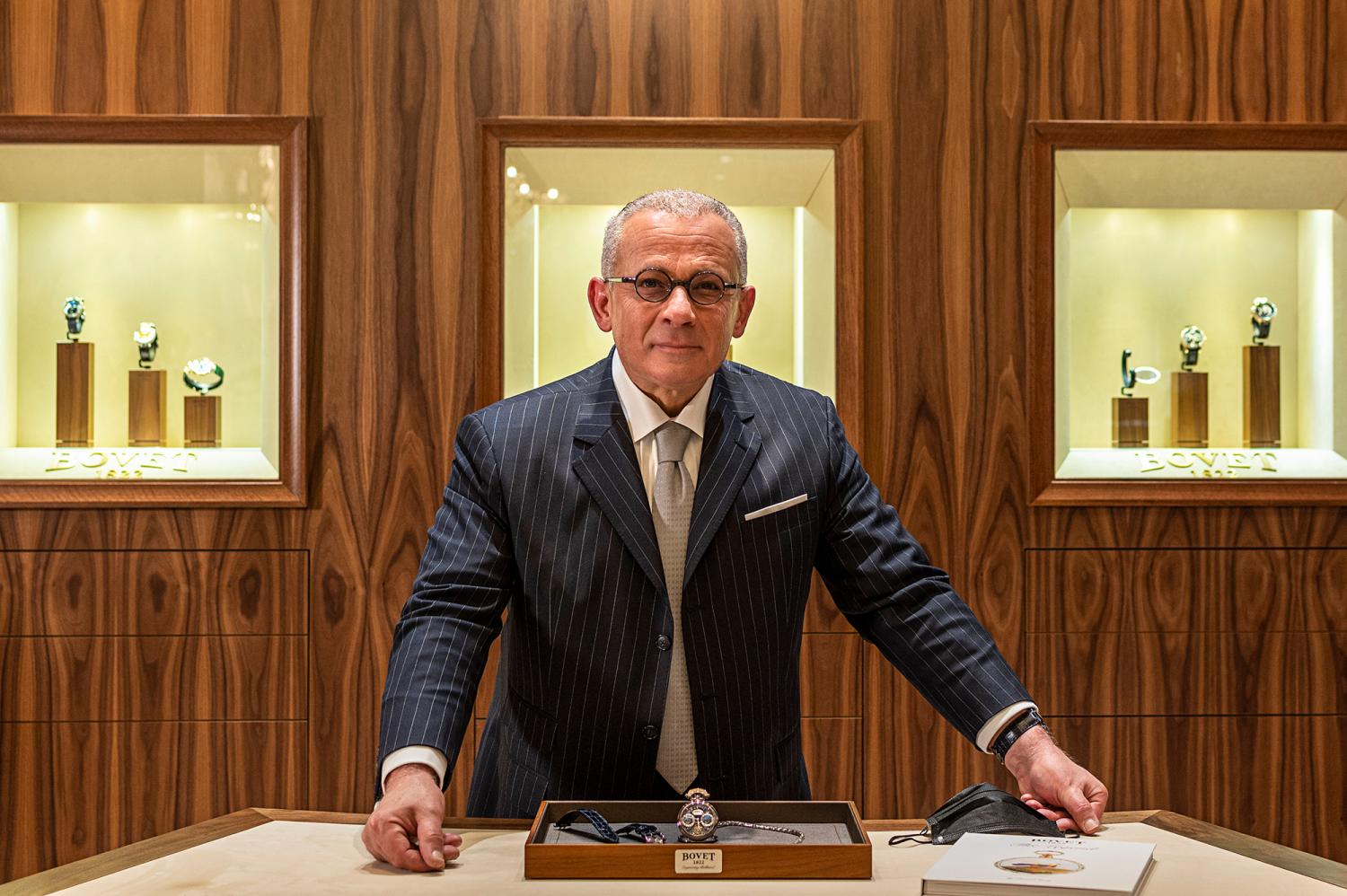