An open conversation about 'Thainess'

We live in Thailand. We speak Thai. We eat Thai food. We have Thai manners. But do we know what so-called Thainess is? And can we see how "Thainess" has evolved over time? 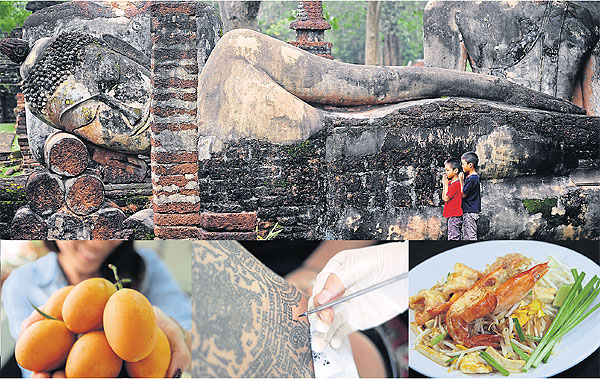 This is a perennial problem that marks a battleground for competing definitions and ideologies. Last week the Foreign Correspondents' Club of Thailand hosted a panel discussion with five speakers engaged in this familiar yet ambiguous topic: What is Thainess? The five speakers presented contemporary as well as official views surrounding Thai culture, politics and identity. The speakers were Darunee Thamapodol from the Ministry of Culture; Chattan Kunjara Na Ayutthaya from the Tourism Authority of Thailand (TAT); Philip Cornwel-Smith, a long-time Bangkok resident; Somtow Sucharitkul, the Thai novelist and composer who likes to place Thai elements into Western art forms; and political science lecturer Pitch Pongsawat from Chulalongkorn University.

The TAT earlier this year launched the "Discover Thainess" campaign to promote tourism, with an emphasis on the traditional aspects of what Thailand is. Chattan, TAT's executive director of Advertising and Public Relations said: "Thainess is a distinctive characteristic that lies at the heart of the national and cultural identity of Thai people. To convey Thainess, especially to foreigners, is a challenging task, so we have defined seven areas that we are promoting to the foreign target market: Thai food, Thai arts, Thai ways of life, Thai wisdom, Thai wellness, Thai festivity and Thai fun. This, in a nutshell, is how the TAT has defined Thainess. Next year, we are going to delve deeper, with stories that play on Thai words; for instance, is it a 'good plate of phad thai' you are having, or is it a 'yum'? There's a funny and interesting story behind everything."

'Thainess is the way we explain ourselves. It's the issue of identity. The way people try to present themselves as being normal in a situation where they are not very normal is also very Thai. You can learn the way Thai people keep the meanings and the way they tell you the things they are not allowed to say."

On the other hand, Somtow gave a totally different opinion on the meaning of Thainess. He explained the ideology of Thainess through Thai food. "Everything that is Thai can be summed up in a simple plate of yum — a Thai salad. The most important thing about Thai salad is that each ingredient maintains its individuality. Some ingredients are crispy. Some are mushy and they are all together — on the same plate — at the same time. When you eat it, you enjoy every single flavour simultaneously even when they may contradict each other. Many cuisines are all about blending everything beautifully into a smooth sauce, but Thai cuisine is about co-existing and being together, despite differences."

The concept of Thainess seems to be tangled with other ideas, such as nationalism and stereotypes. Cornwel-Smith, author of the book Very Thai, which explores the meaning of Thai culture through small everyday elements, commented on how the stereotypical idea of Thainess is overstated. Some parts of the culture that Thais claim to be rare and unique, he said, are actually shared with many other cultures. "When I went to Bali, I saw people sawadee and do the wai when they greet. There's nothing unique about that whole thing, yet Thai people present it at the airport and tourist brochures as something specifically Thai."

Somtow added: "Everybody in my mother's generation said saying sawadee was very lower class and the older Thais tend to not say it; instead we should really wai. Actually, the word sawadee was invented by the government because it was thought to be something cool. How could something become so Thai in only three generations?"

Is Thainess something fixed in time or evolutionary? The panellists agreed that they noticed a huge change in Thainess over time. Cornwel-Smith noticed that there are more Thai girls and boys today who are intimate in public — something that used to be a social taboo.

He also noticed that the changes sometimes occurred through necessity and a growing relationship between Thailand and the world.

He raised the case of Thai herbs as an example: "When I came to Thailand, all the talk surrounding herbalism highlighted that it was under mortal threat. Then along came the economic crash in 1997, and the country could no longer afford foreign things. It was the best thing that could have happened as the crash made Thailand reassess its own internal assets and resources to come up with ideas. Now herbalism has become an integral part of the spa industry in Thailand."

Pitch pointed out the changes within Thainess in terms of Thai food: "When you question what has actually changed in the past twenty years, I think the Thai food culture has changed a lot. Now, If I really want to have Thai food, I have to go to Thai town in LA. It's the taste that I'm familiar with from 20 years ago. The Thai food in LA is more authentic than the Thai food on Sukhumvit.

"Thai food is undergoing many changes, and the authenticity of Thai food outside Thailand has been better preserved."

Somtow pinpointed a disconnect with the past as being a reason that leads Thai society to undergo changes every two decades: "Kids have no idea what happened 20 years ago. My students don't even know who Hitler was. And I think that in order to solve all problems that we talked about, we must reconnect with our past."

But perhaps most importantly, Pitch explained that the key that will lead Thai people to unity is being ready to accept different ideas on Thainess.

"You can do whatever you like, and claim that it's Thai. You just have to justify it. I have enjoyed witnessing how Lin Ping, the first giant panda born in Thailand in 2007 has now become a part of the local craft of Chiang Mai and is claimed as one of its greatest attractions," he said.

"I think we should open the space — not only the physical space that people can try something, but also in terms of having an open conversation about Thainess. It should be okay to say this is Thai, and this is also Thai." 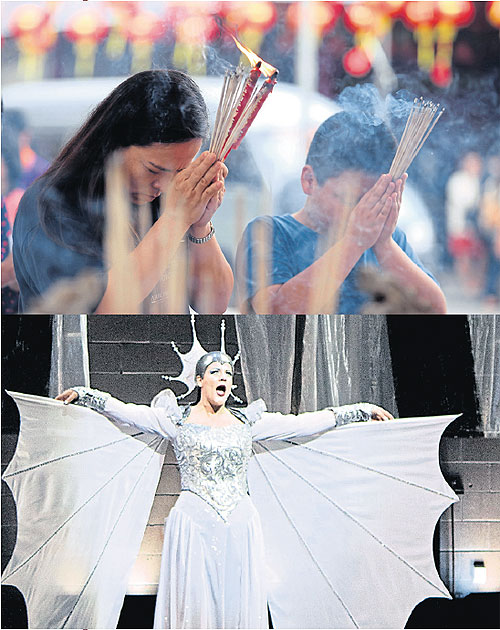 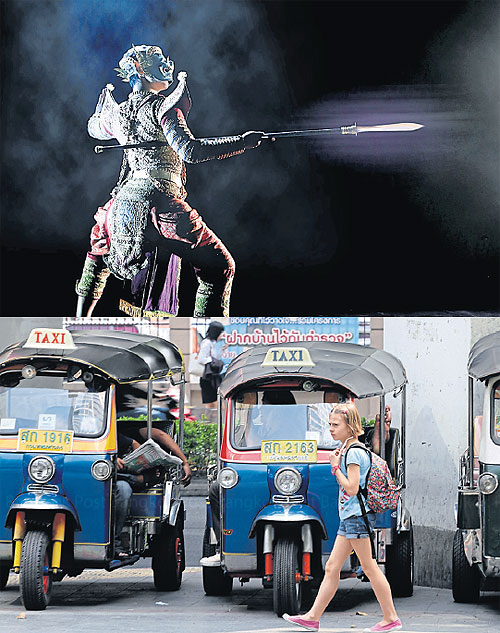