Have you ever stumbled upon a long-lost object that suddenly brought back forgotten moments, maybe a childhood toy or a postcard from someone special? What if you find yourself in a place full of such items? I don't know about you but the other day when I made my very first visit to the House of Museums I was bombarded by constant flashbacks. 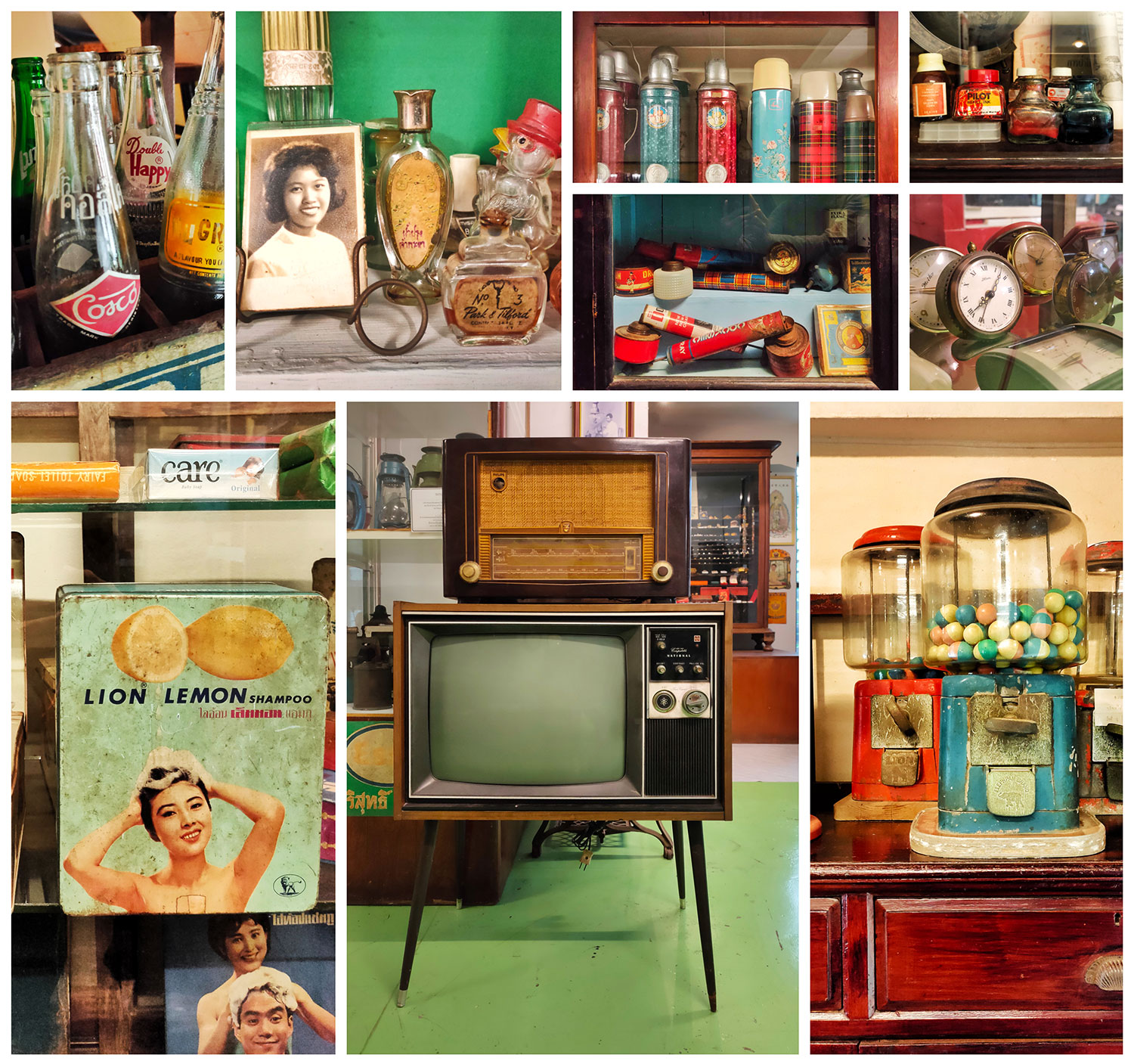 Although each of the everyday items on display at the House of Museums may not have much to say about themselves, they seem to possess the power to make viewers recall many personal stories from yesteryear.

The private museum is full of memory-evoking stuff. Among them were vintage TVs that reminded me of how children in my old neighbourhood off South Sathon Road would gather at my grandmother's house on Saturday and Sunday mornings to watch our favourite cartoons and Japanese superhero series. Back then not everybody owned the device, and children, at least in that part of Bangkok, were allowed to run in and out of friends' homes at will. I also remember when we had to randomly move the TV antennae in an effort to improve picture quality.

Also coming to mind was a commercial for a brand of bottled soft drink that kids of my generation were not so fond of because every time it appeared it meant the programne has come to an end. Oh, and I still remember how excited I was when I watched a colour TV for the first time. Years later, I was also amazed by a new invention, the VHS player, which meant we could watch a movie anytime we wished.

Just the black and white TVs alone made me recall so many things. In the House of Museums, there are numerous other items that used to be a part of everyday life for people living in urban areas from the 50s to the 90s, from the packaging of soaps, shampoos, perfumes and various kinds of appliances and utensils to old pictures, stationery, books, old documents and a lot more. Some of these objects were of little value decades ago when they were common. But these days they are priceless to many people.

The House of Museums opened in 2002 with an aim to encourage the public to see the hidden value of everyday items. All staff members are volunteers. Most of the exhibits, and even the piece of land on which it is situated, are from donations. A big problem the museum has been facing the past several years is that there is not enough space to display its growing collections of donated and purchased artefacts that are now stored at different sites. A solution to the problem is to open a similar museum. For this purpose, a plot of land has been prepared in Ngui Rai of Nakhon Pathom's Nakhon Chai Si district. However, funding is still needed to make it happen.

Let's hope the project can be completed soon so that the stored items can be properly kept and numerous more memories will be relived. 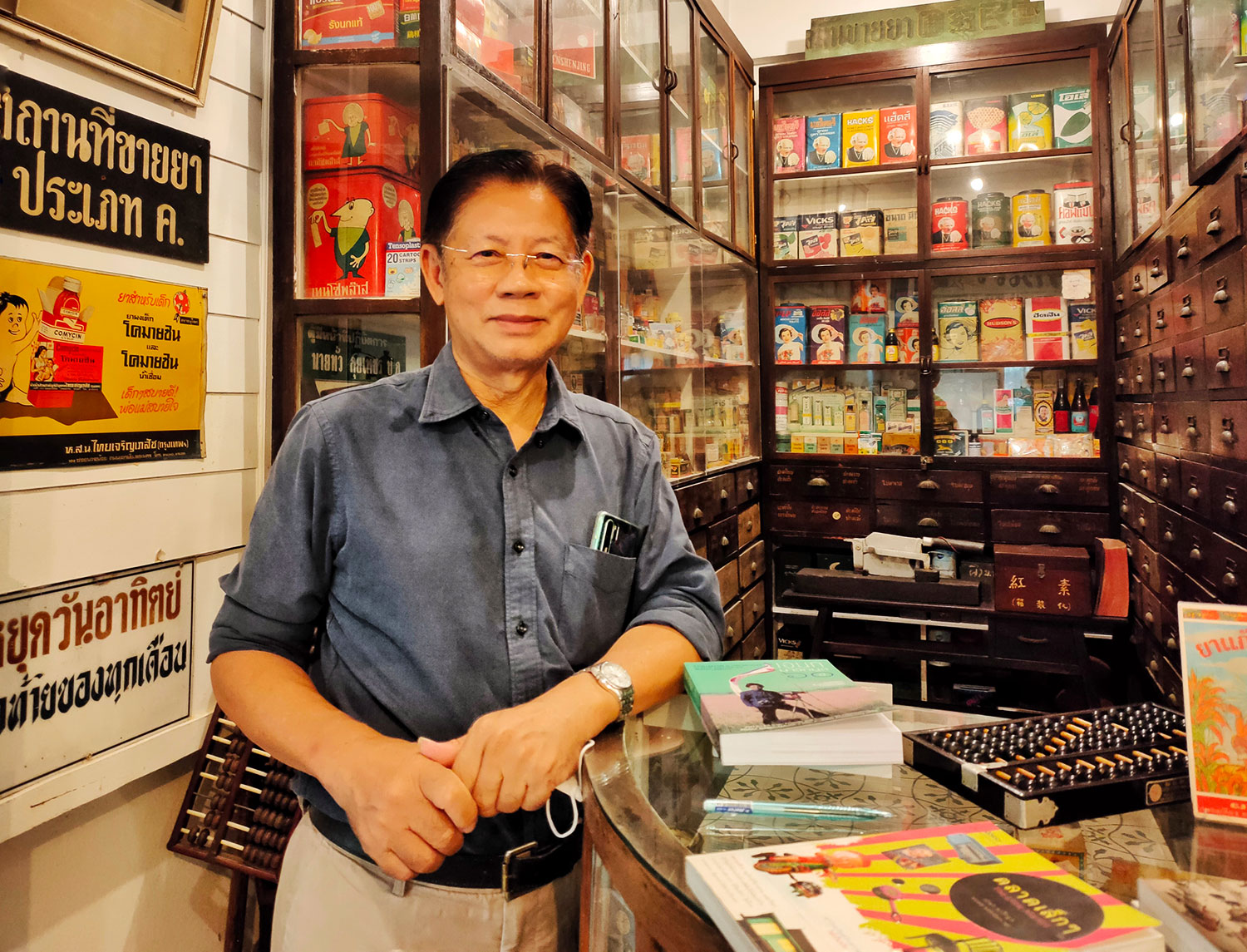 Anake Nawigamune is a respected scholar with extensive knowledge about the Thai ways of life and an author of numerous books. He is also one of the founders of the House of Museums and a core member of the Cultural Affairs Association that operates the site. In this picture, Anake poses in one of the museum’s many rooms, which is a replica of an old-style pharmacy. 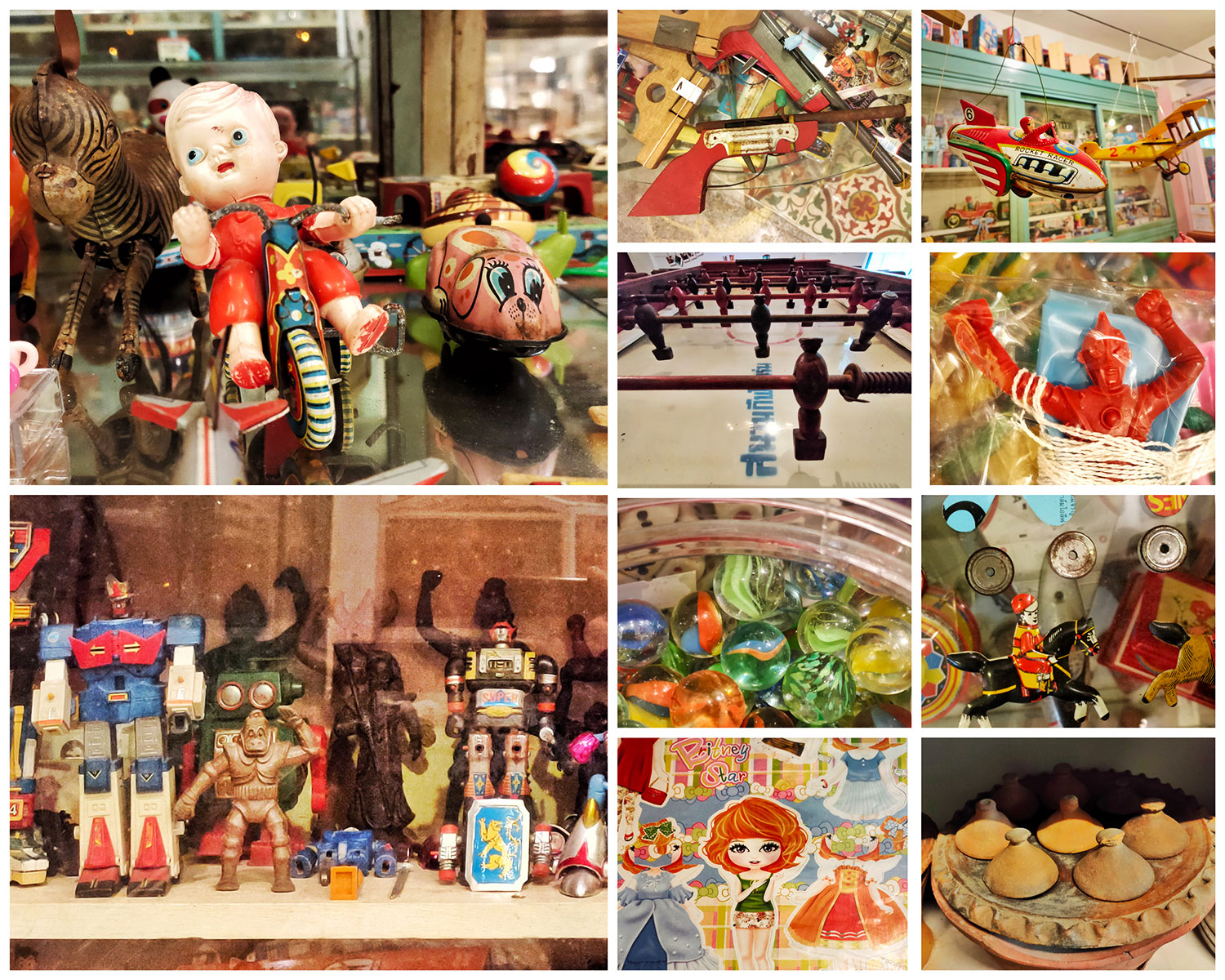 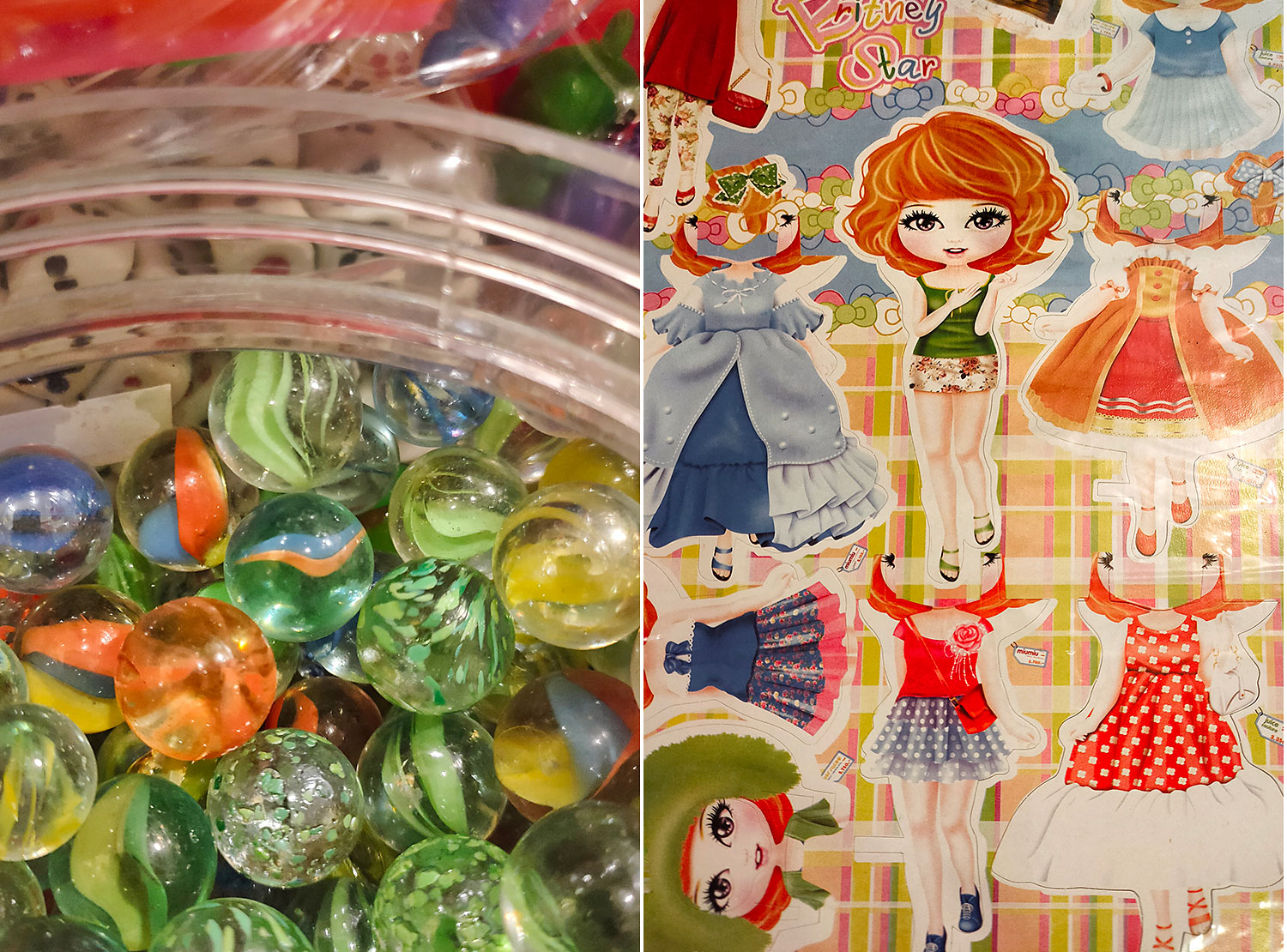 When I was young I liked to ride my bicycle to areas surrounding my neighbourhood. One of the places I visited most often was a toy shop almost 2km from home. I wasn’t there to buy anything but just to feast my eyes on the amazing items on display in the showcases. That was already enough for me to ride back home with happiness. Looking back over 40 years later, I couldn’t help but feel proud that boy was me for his nature to enjoy things just by their existence without the desire to own them, a trait that continued into adulthood. The picture of that young me flashed in my mind as I stepped into this room on the ground floor of the House of Museums, which is decorated like a toy shop from decades ago. It is full of playthings of various kinds. Some of them — like the tiny solid plastic dolls, each of which came with a parachute — made me feel like meeting long-lost friends. 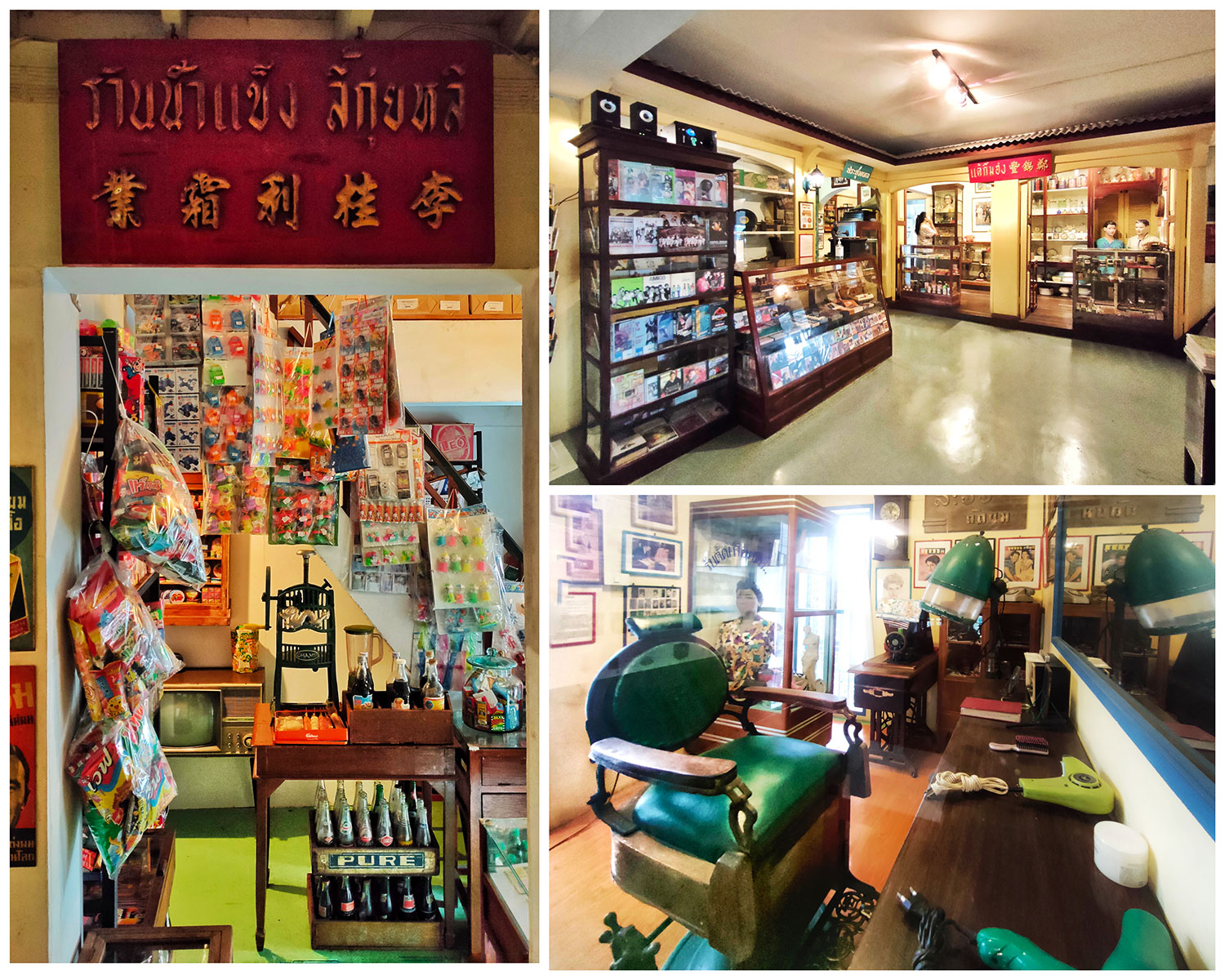 The space in the museum’s three-storey main building is divided into rooms designed to represent various businesses, from toy and grocery shops to a barbershop, a photo studio, an electrical appliance store and many more. The furniture and items found in each room came from various places both in and outside Bangkok. The barbershop chair in one of the pictures reminded me of my youth. I was too small and wasn’t allowed to sit on the cushion like the grownups. The barber put a plank of wood on the armrests for me to sit on instead. This way, my head was well above the backrest and the barber could do his job. 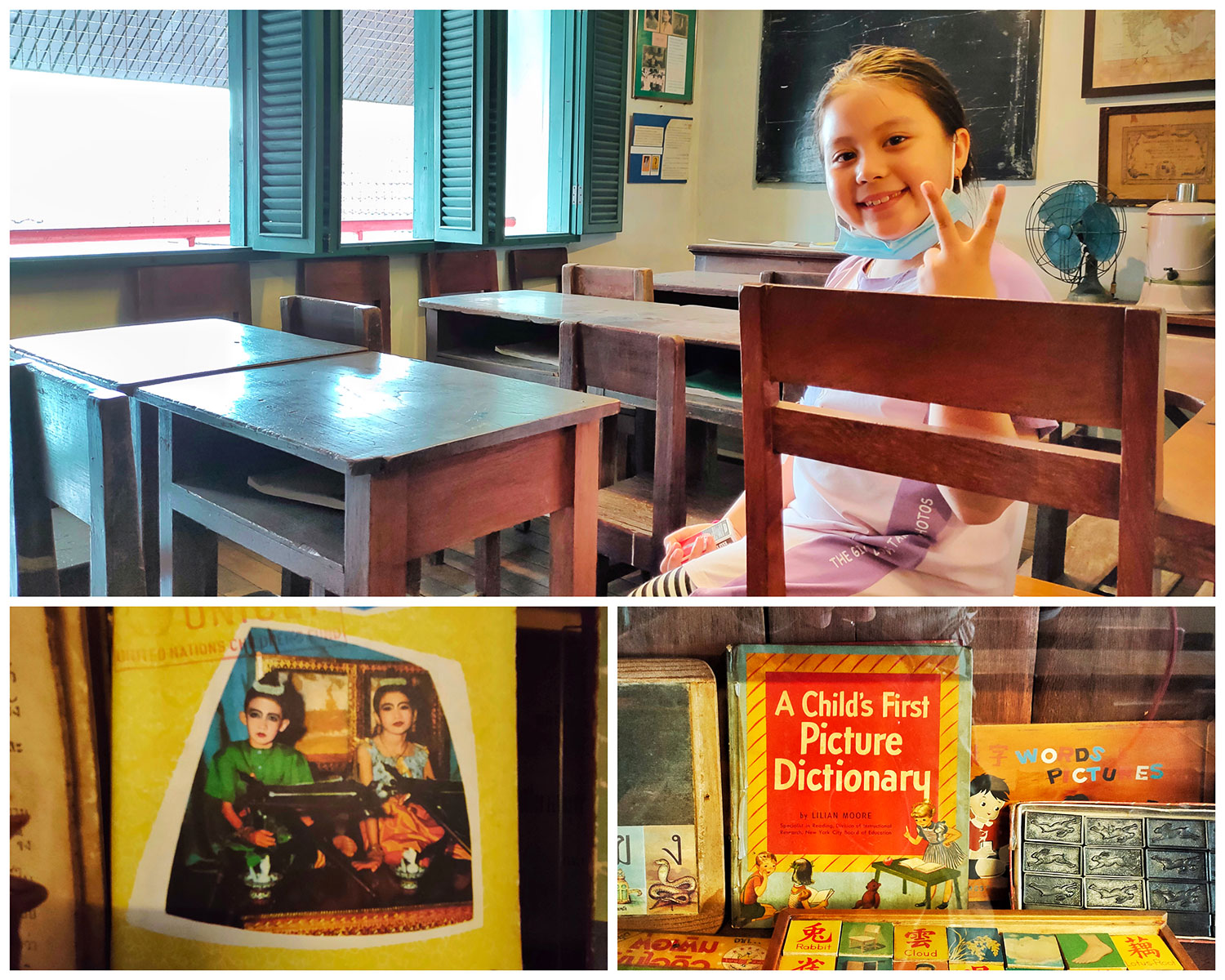 In a corner on the 3rd floor of the museum, you’ll find a classroom, with student desks and chairs from now-defunct Talaphat Suksa School on Phraeng Nara Road. I’m sure a lot of people of Generation X and those older are familiar with these wooden desks that were common in schools decades ago. If you’re one of them, perhaps you too have some memories about these classroom fitments. In the back of this model classroom, there are a number of old books on display, including some titles that helped me learn to read and write. I must admit I can’t recall the names of the teachers but I can never forget the covers of these books or even the text and illustrations on some of its pages. 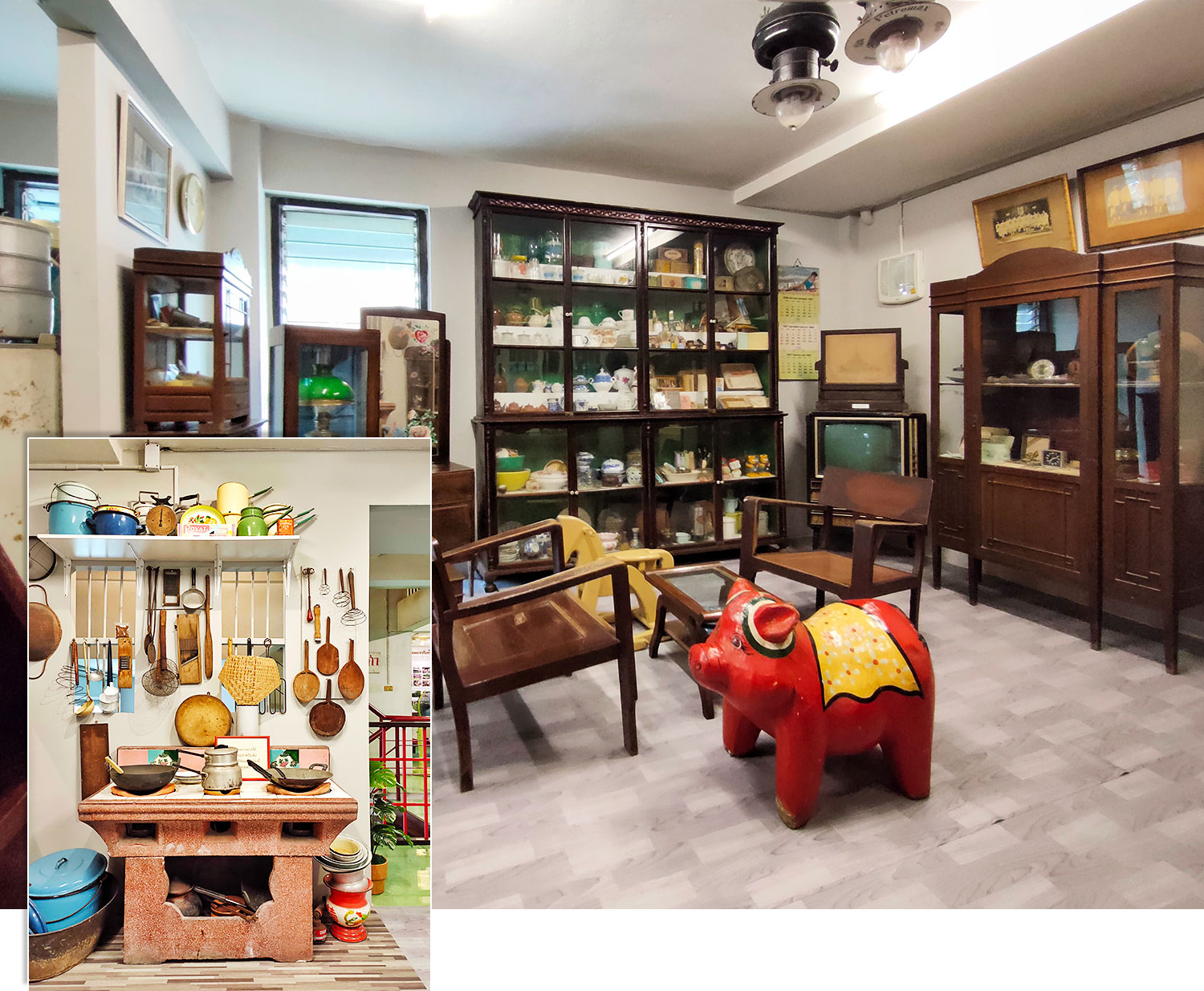 These rooms show what a typical home of middle-class Bangkokians looked like. Many items shown here, like the red papier-mâché pig and the Chinese-style brazier, were once common. Nowadays, they are rarely found in households. 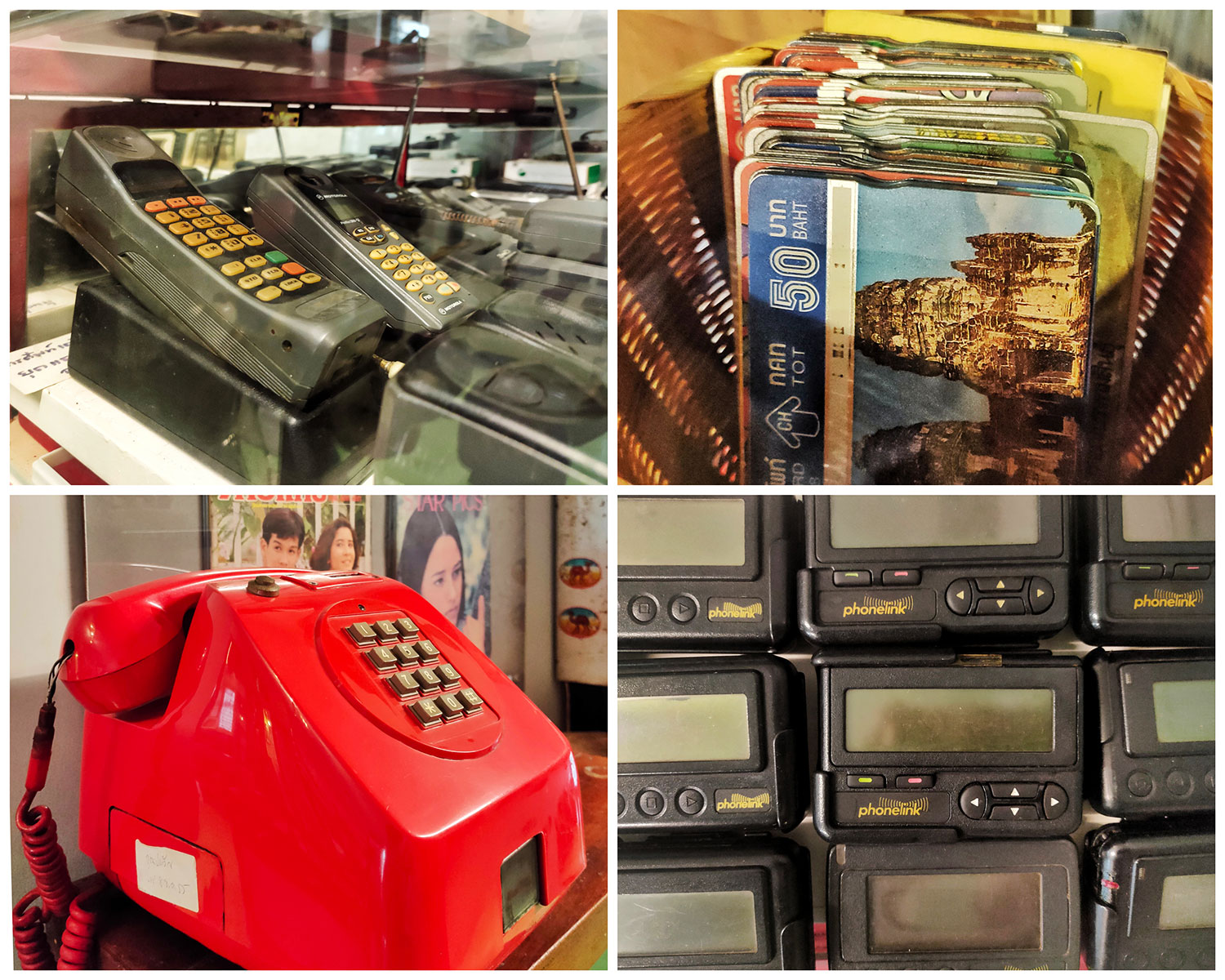 With the advent of the digital age, communication technologies get outdated ridiculously fast. Remember these items? Have you ever owned one? Do you think they now look funny? 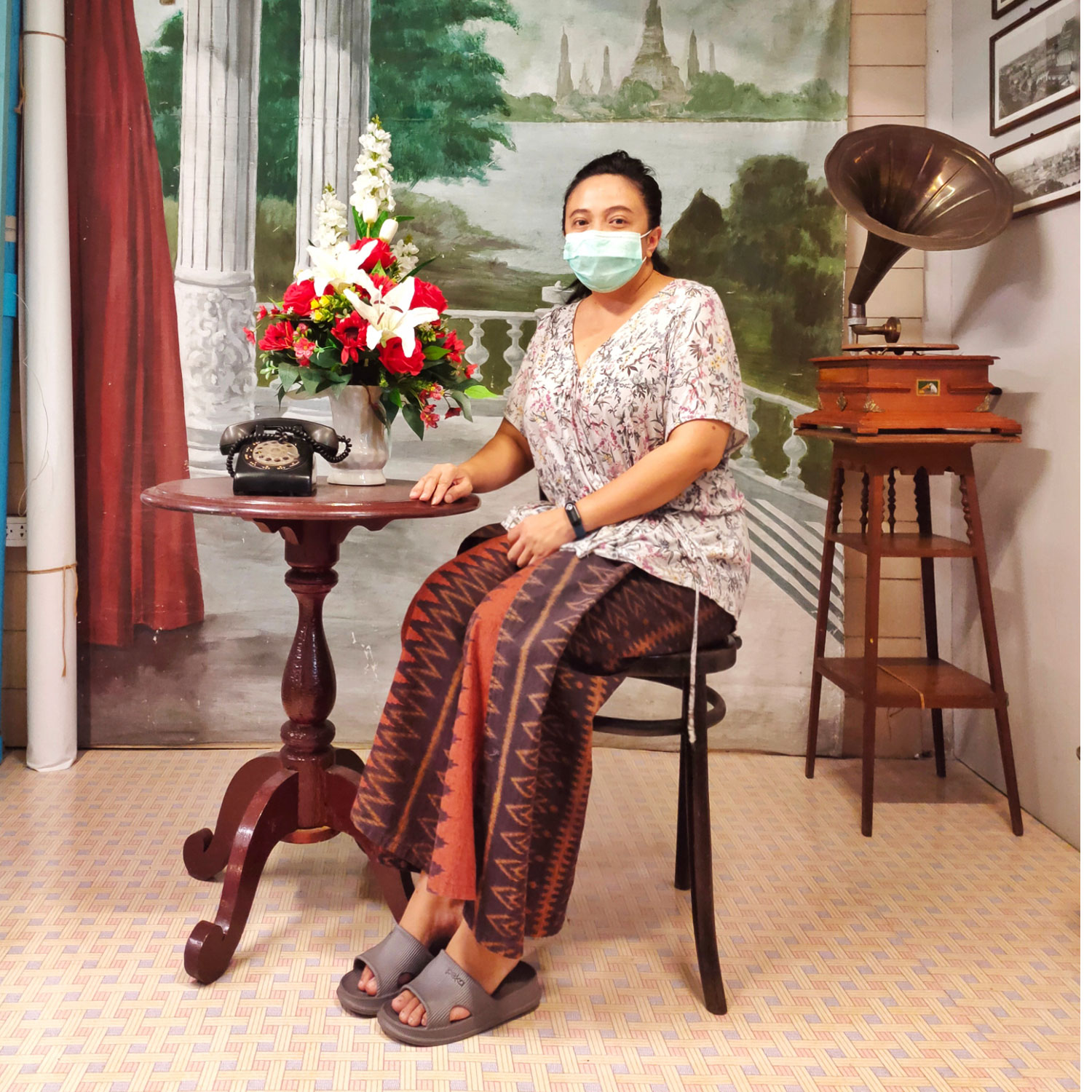 In the photo studio, you will find a collection of film cameras and other photographic equipment from yesteryear. You also can have your picture taken in front of a vintage-style backdrop. 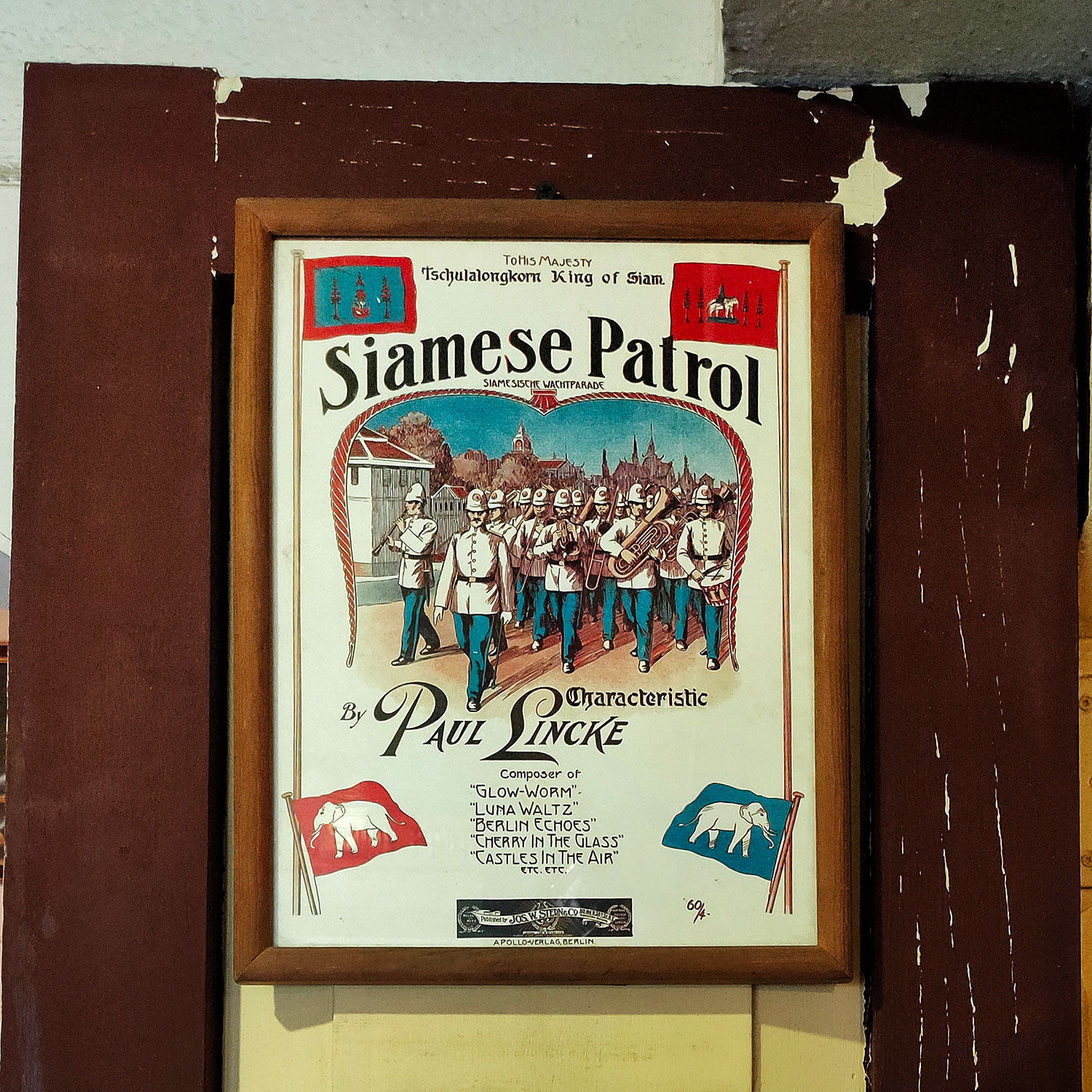 On a wall of the gramophone shop, I spotted this. Siamese Patrol is a marching band song written in 1907 by German composer Paul Lincke in honour of King Chulalongkorn (Rama V) of Siam. I had never heard of this particular song before and wondered if I could find it on the internet. Guess what? YouTube has it. By the way, if you wish to know more about Paul Lincke, just Google his name. 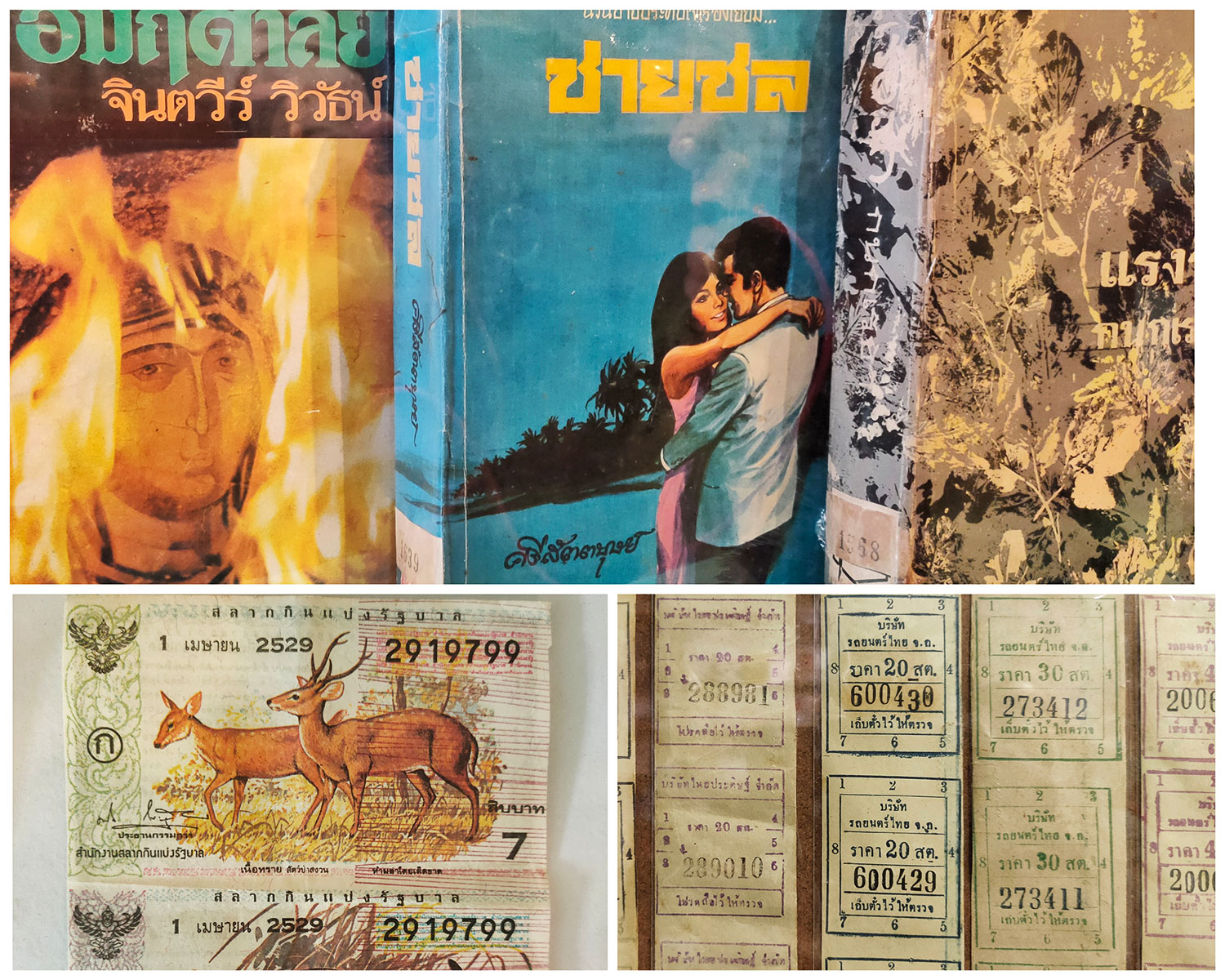 Paper and printing have long been a common part of people’s lives. But, as we all know, things have greatly changed. However, while books, magazines and newspapers have lost their popularity, certain forms of paper are still enjoying good business — lottery tickets, for example. At the House of Museums, there are various kinds of old printed materials on exhibit. Look at the prices shown on the lottery tickets from 1986 and the bus tickets from an unknown year. The first cost 10 baht (spelled in Thai) and the latter only 20-40 satang. 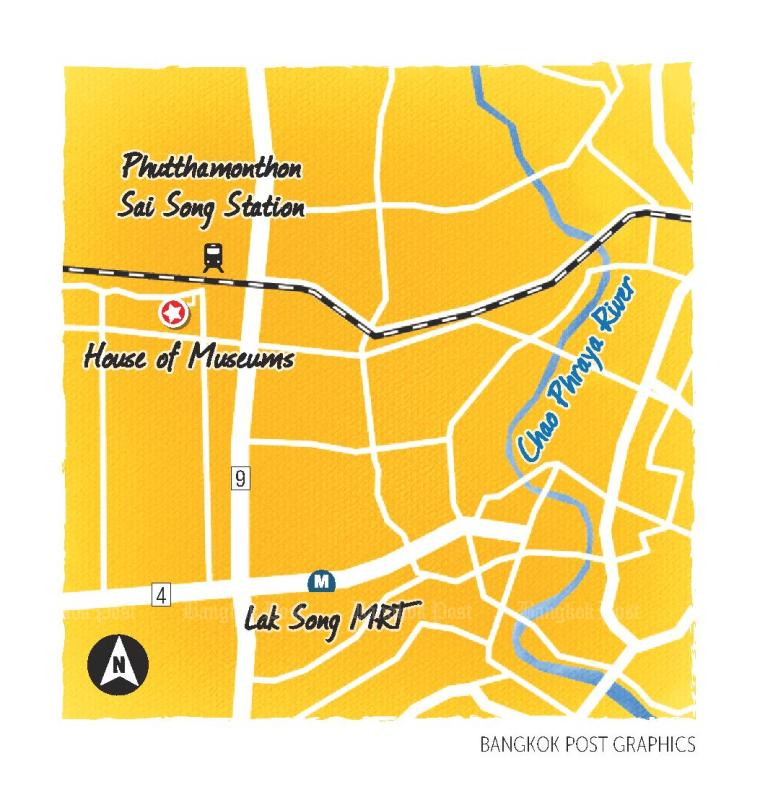