Watch or don't watch? The choice is yours
Life
Arts & Entertainment

Watch or don't watch? The choice is yours

With You Vs. Wild following on from the success of Bandersnatch, interactive television is here to stay

When the Black Mirror episode Bandersnatch aired last year, it attracted widespread attention and much discussion from audiences and media worldwide. Bandersnatch was significant for many reasons: it was a much-awaited feature-length stand-alone episode in the hit sci-fi anthology series. More importantly, it was interactive, allowing the audience to create their own adventure.

Bandersnatch, which is set in 1984, tells the story of Stefan, a computer programmer who develops a game based on a book which allows readers to take part in the story by making choices. The more Stefan works on the game, the more his own life reflects it, with choices being made that are out of his control. As the story goes along, viewers are asked to make choices for Stefan, allowing for countless variations of the story.

While Bandersnatch was undoubtedly innovative, people were divided over how well it worked. Some hailed it as visionary, others were left a little cold. Regardless, interactive TV is now a thing. Netflix has recently added the survival show You Vs. Wild to its growing collection of interactive programming, inviting viewers to make decisions helping Bear Grylls navigate some of the world's harshest environments.

But the question remains: is interactivity the future of storytelling or is it just hype?

"[Bandersnatch] was a huge hit around the world," said Todd Yellin, Netflix vice-president of Product Innovation. "We realised interactive storytelling was something we want to bet more on."

While Bandersnatch and You Vs. Wild represent a brave new world of interactive programming, the format predates these shows by several years. And the type of shows that first used this method were a far cry from the dark satire of Black Mirror and the brutal nature of You Vs. Wild.

In 2015, when Netflix and DreamWorks expanded their partnership to include original interactive content, they decided to trial it in children's programming. 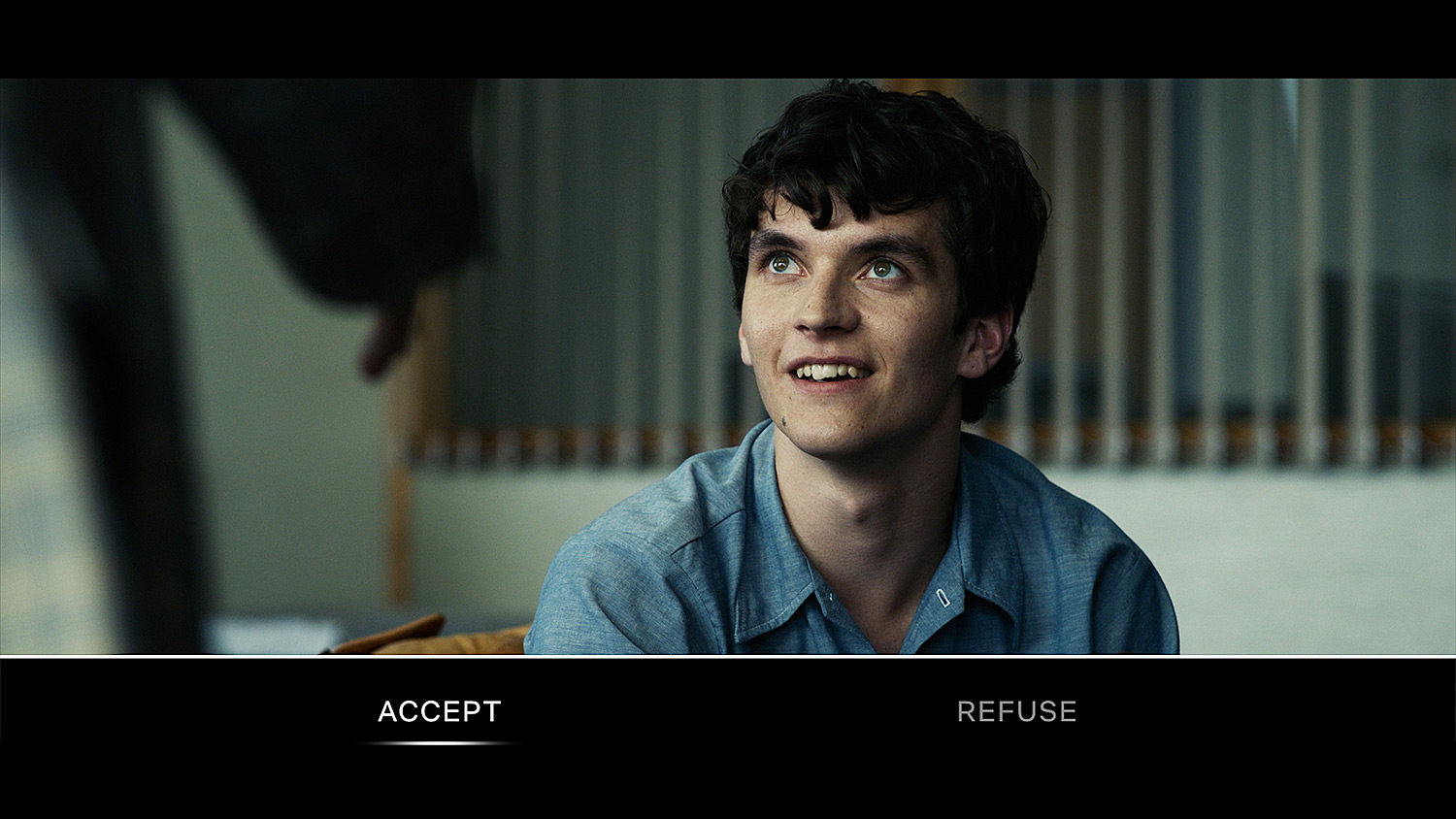 It worked. "Not only do [kids] want to get involved with characters, but they want to dive in and be with the characters," said Yellin.

They started with Puss In Book: Trapped In An Epic Tale, a series based around the popular Shrek character. Then came Buddy Thunderstruck: The Maybe Pile, an adventure about a truck-racing dog. More recently, there was Minecraft: Story Mode, following a character called Jesse and his attempts to save the world.

By the end of 2017, Netflix were confident enough to go ahead with creating interactive content for adults. Soon came Bandersnatch, and, more, recently You Vs. Wild.

Consisting of eight episodes, You Vs. Wild follows the famous survivalist Bear Grylls, who takes viewers to remote locations around the world. The audience is invited to help him by making decisions about how he should deal with various dangerous situations -- often presented as life or death scenarios.

In the social media age, an era when audiences demand interactivity, people love to feel like they're a part of the story. People connect with their favourite stories and storytellers by expressing their feelings on Facebook and Twitter feeds, and supporting Instagram posts. Many fans go into meltdown if their favourite shows don't go the way they want them to. (See Game Of Thrones.) So it's understandable that studios regard interactive shows as such an opportunity.

"With the key feature of a branching narrative with multiple choices within the episode, a user may direct the course of the story," said Yellin. "Each viewer will make different decisions, and millions of different story permutations are possible."

However, as interactive technology evolves and improves, there are many who remain sceptical. Some doubt whether interactive shows can ever really take the place of a complete, well-made piece of television; some dismiss it as a short-lived marketing experiment.

Regardless of what the future holds, Paween Purijitpanya, screenwriter and director at GDH, believes that interactive content like Bandersnatch has more pros than cons.

"This kind of content won't replace the old formats of storytelling, but it's definitely more than just a gimmick. It's a real breakthrough in terms of technology," he said.

"Of course, there's been some talk at GDH about making similar content. But without the financial and up-to-standard technical support, the results could come out poorly."

Paween pointed out that this kind of entertainment has been around for quite some time. Choose-your-own-adventure gamebooks and video games were hugely popular in the 80s and 90s. Bandersnatch is on another level, however.

"I think what's different here is that Bandersnatch is a movie first and foremost," he explained. "Some of its elements are game-like, but they approached it as though they were writing a film. This sort of thing would have not have been possible through traditional linear TV. It needed an online platform like Netflix, allowing for much more satisfying outcomes in real time."

Ultimately, it will be up to consumers to decide if the format sticks around. But, according to Yellin, Bandersnatch and You Vs. Wild won't be the last Netflix titles to apply this storytelling method.

"We're doubling down on that. So expect over the next year or two to see more of interactive storytelling," said Yellin. "And it won't necessarily be science fiction; it won't necessarily be dark. It could be a wacky comedy. It could be a romance, where the audience gets to choose -- should she go out with him? Bandersnatch has flung open the door for more opportunities and we're excited about what's next."