Hollywood gasped with embarrassment and sudden realisation when Bong Joon-ho, the director of Parasite, said in his acceptance speech at the Golden Globes: "Once you overcome the one-inch-tall barrier of subtitles, you will be introduced to many more amazing films."

As it turns out, Parasite, a South Korean black satire about class and wealth, has stormed Hollywood and shaken up its awards season with unexpected vigour. After its Globes triumph -- actually after it won the Palme d'Or at Cannes Film Festival last May -- the film has won a dozen or so other prizes and is now up for six Oscar nominations, for Best Picture, Best Director, Best Original Screenplay, Best Editing, Best Production Design, and Best International Feature Film.

Bong's mention of the importance of subtitles applies best to his own film: Parasite's English subtitles are intrinsic to its crossover appeal and its ability to convey not just dialogue and narrative but also a sense of humour and cultural particulars. From the digs at North Korea to the revelation on that eccentric recipe called "ram-don", the "one-inch subtitles" of Parasite have contributed to the film's enthusiastic reception in the US and also in most international markets.

The person who translated Parasite's original dialogue into English is Darcy Paquet, an American who has lived in South Korea since the late 1990s and is now a professor at Busan Film School. Paquet's knowledge of Korean cinema is well-respected, and he has translated subtitles for a number of Korean films in the past 20 years.

In the lead up to the Oscars, I've reached out to Paquet. Here's an excerpt of his answers to my questions about language, translation and his collaboration with director Bong Joon-ho. 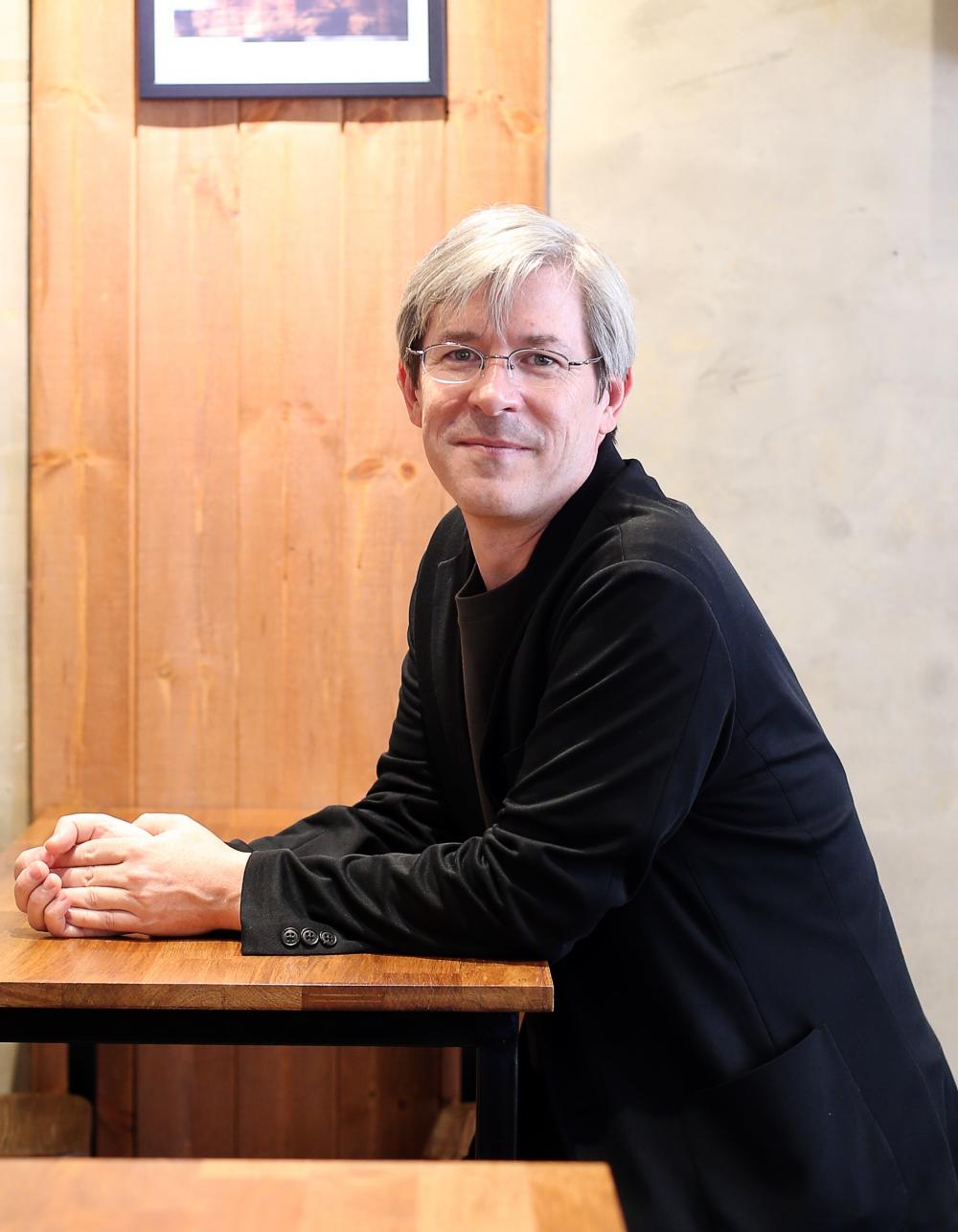 I believe that the hardest part in translating subtitles is the joke, the gags, the wordplay, the puns. What was the biggest challenge in translating Parasite?

Korean speakers very rarely use puns, actually. But of course there are other kinds of wordplay. Actually, the most difficult task was to translate words that evoke certain memories in the Korean audience, but which don't have the same associations for international viewers. For example, the reference to Taiwanese castella cake shops. These became a sudden trend in Korea in 2017, with a huge number of shops opening all at once. Then a rather clumsily-produced TV exposé claimed that the shops were using cheap ingredients and all of a sudden, people stopped buying the cakes and many stores went out of business. But how do you explain all that in a subtitle that flashes on the screen for less than three seconds? In this case, I just had to admit defeat.

Did you have to "clarify" certain dialogue or sentences in the subtitles?

An example of this is when one character mimics the voice of a famous North Korean news anchor. The Korean audience will recognise this immediately, simply from the particular intonation and accent used by the speaker. But to make this clear to the international audience, I changed the line, 'You're the best at North Korean gags!', to 'Nobody can imitate North Korean news anchors like you!'.

One key moment in the film concerns a dish called 'jjapaguri', which you translated on screen as 'ram-don'? What was all that?

'Jjapaguri' is an improvised dish made by combining two popular brands of instant noodles: Jjapaghetti and Noguri. It became popular after a celebrity on a TV show talked about how great they tasted together. In the film, the rich family asks the housekeeper to prepare this dish, but she has never heard of it. I considered simply writing 'jjapaguri' in the subtitles, but since this word has no meaning for international viewers, in the end I decided to make a new word 'ram-don' by combining ramen and udon. Then when the noodle packages appear on the screen, we wrote 'ramen' and 'udon' above each package. I did get some hate mail about this, for changing the Korean noodles into Japanese noodles.

How often did you consult Bong Joon-ho while doing the subtitles?

Before I even started the translation, I received a long email with several pages of notes from the director. In some cases he pointed out words that are repeated throughout the film (eg, 'metaphorical' or 'vigour'), and he requested that I translate them the same way each time, and to use words that draw attention to themselves.

He also suggested that we change the name of the character Min-hyuk [the friend of the poor family], because although he only appears briefly in the early part of the film, his name is mentioned in the dialogue later, and the audience needs to remember who he is. So I shortened his name to Min -- he is the only character with a one-syllable name. Later, after my translation was done, we spent two days watching the film and going over the subtitles line by line, together with the producer and four people from CJ Entertainment, who all contributed their thoughts.

Parasite is praised for its universal theme, about inequality and class tension. It's all in the script, but I suspect the subtitles might have a lot to do with bringing out that theme.

The more I watch the films of Bong Joon-ho, the more I'm convinced that there is something deeply universal about his approach to storytelling. I think the main themes of the story can be appreciated even if you watch the film with no subtitles at all.

Is there any particular feature in the Korean language that you find difficult or impossible to capture in English?

In Korean, there are several registers of speech, ranging from formal to very informal. When a character switches suddenly from polite to informal speech, it hits the listener almost like a slap in the face. But this is extremely difficult to express in English. You can try to capture some of it by what characters call each other (e.g. having them switch to a first-name basis), or by the tone of the dialogue, but you'll never get the same effect as in Korean.

The line I really like in the film is said by the mother of the poor family, referring to the rich madame, 'She's rich and also nice'. To which the speaker is immediately corrected by her daughter, 'She's nice because she's rich'. Are these lines exactly the same in Korean?

It's pretty much a direct translation, but it sounds a bit more elegant in Korean!

The 'one-inch barrier of subtitles' comment made by Bong at the Golden Globes struck a lot of people as revealing. As an American, what's your view on this?

With that comment, Bong touched on a fundamental aspect of the American viewing public. As for me, I can't understand it. People spend all day reading text on their phones, and then they say that it's too uncomfortable to read text on a movie screen? I think it's more of an image problem. When people hear the words 'subtitled movie', they assume it's going to be difficult, or boring. I hope that Parasite can change those preconceptions for at least some viewers.

Subtitling is close-reading, since you have to watch every frame, every gesture, every expression, very closely. Would you comment on that observation?

There are two aspects to this. First, you have to be aware of how each detail relates to the rest of the film. So if some detail reappears or is echoed later in the story, you need to make sure that this connection is preserved in the translation. But the other thing I watch very closely is the acting. When the audience watches the film, so much emotion is communicated through the actor's tone of voice, facial expressions, gestures etc. You can't ignore that when translating the dialogue: you have to make sure that the subtitles complement the emotions on the screen.

What do Parasite's Oscar nominations mean to the Korean film industry, and Korea in general, in your opinion?

To be honest, the six nominations for Parasite is something that nobody could have even dreamed of a year ago. I don't think it will change the Korean film industry in any fundamental way, but Korean filmmakers have been doing extraordinary things for so long, it's good to see at least one Korean film receive top-level recognition around the world.

What are some of your favourite subtitling experience?

I started proofreading subtitles about 20 years ago, and then for a number of years I did co-translation with a friend of mine. For the past five years I've been translating about 10-12 films a year on my own. Working on Park Chan-wook's The Handmaiden was particularly exciting, and also very challenging. But I most enjoy translating the sparse, evocative dialogue of independent films like Kim Jong-kwan's The Table.