The man, myth and legend

Thai movie fans remember Oct 8 every year as the day beloved actor Mitr Chaibancha tragically died in 1970 after falling from a ladder hanging from a helicopter over a Pattaya beach while shooting a stunt scene for the iconic film Insee Thong (Golden Eagle).

To mark the 50th anniversary of his death, the Thai Film Archive organised the "Mitr-Mythology" exhibition, which will display movie memorabilia and screen some of Mitr's classic and hard-to-find films in 16mm format. The exhibition kicks off tomorrow and runs until the end of January.

Apart from information about his tragic death, the exhibition will also examine what made the late 36-year-old star the face of the golden age of Thai cinema and the influence he continues to have, even a half-century after his death.

"Many of us may have heard Mitr's name before, that he was one of the biggest stars from the past, but only a very few people actually know his story outside his films. And now it may sound very distant, especially if one didn't grow up in the 60s," said Thai Film Archive director Chalida Uabumrungjit. 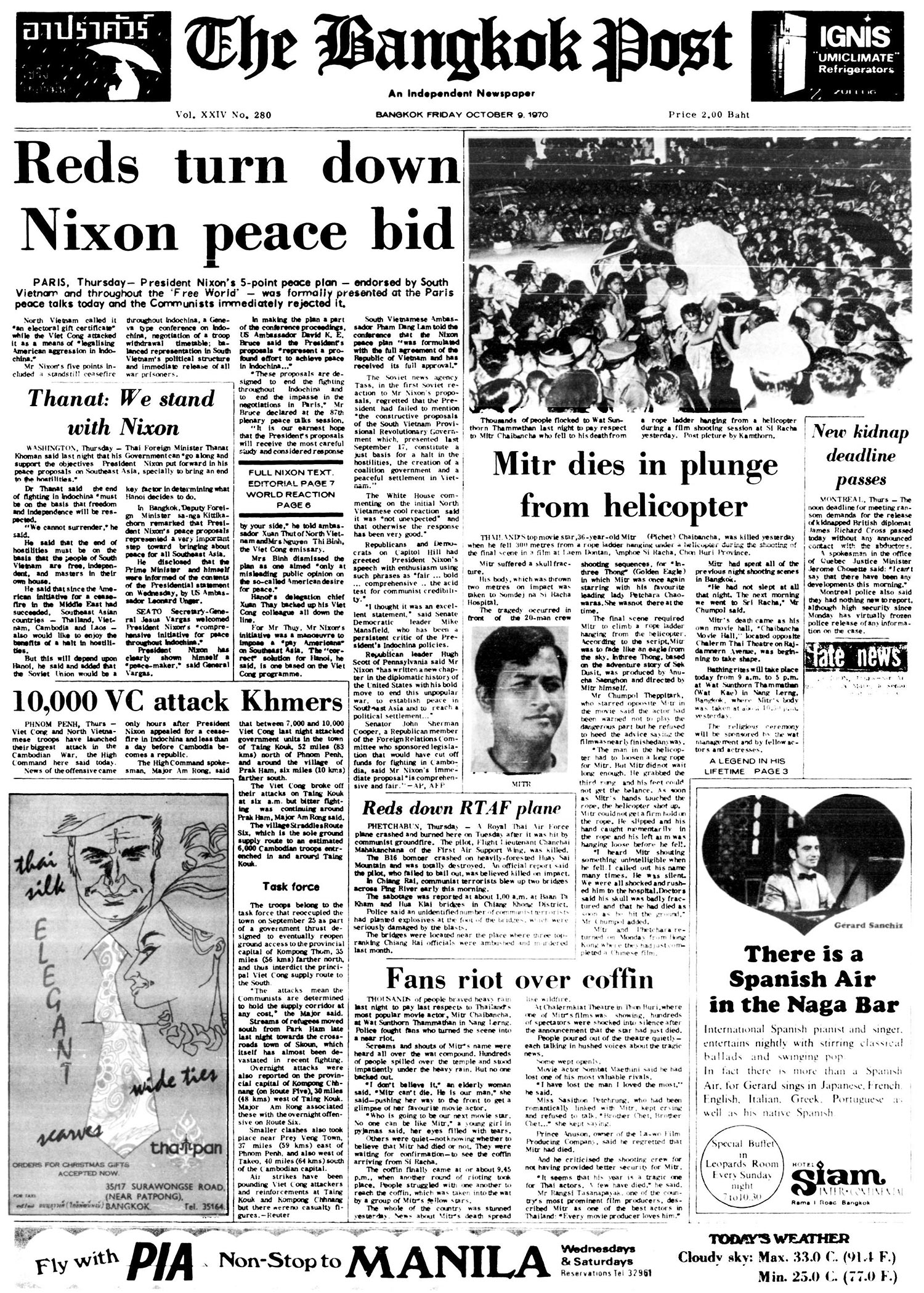 The tragic death of Mitr Chaibancha made the front page of the Bangkok Post on Oct 9, 1970.

"There's also information and stories about him that are told from time to time until it looks almost like a myth. And there are stories that could be distorted from the facts. And that's the origin of our exhibition title 'Mitr-Mythology', where we have gathered information and the history of Mitr."

"Mitr-Mythology" displays the timeline of Mitr's life, starting with his death and working back. See front-page articles from Thai- and English-language newspapers, as well as rare photos and video footage of Mitr's funeral at Wat Sunthorn Thammathan (Wat Khae Nang Loeng) and his cremation at Wat Thepsirin, attended by throngs of fans, celebrities and movie stars.

"We have lots of footage from the news and from the funeral, but we probably won't show them all at the exhibition because I believe Mitr's tragic death has been too much exploited in the media over the years, and we just don't want to repeat that again on this 50th anniversary," said Chalida. "We want to show that it was such a phenomenal event in Thai history and how the tragedy had a psychological effect on society as a whole." 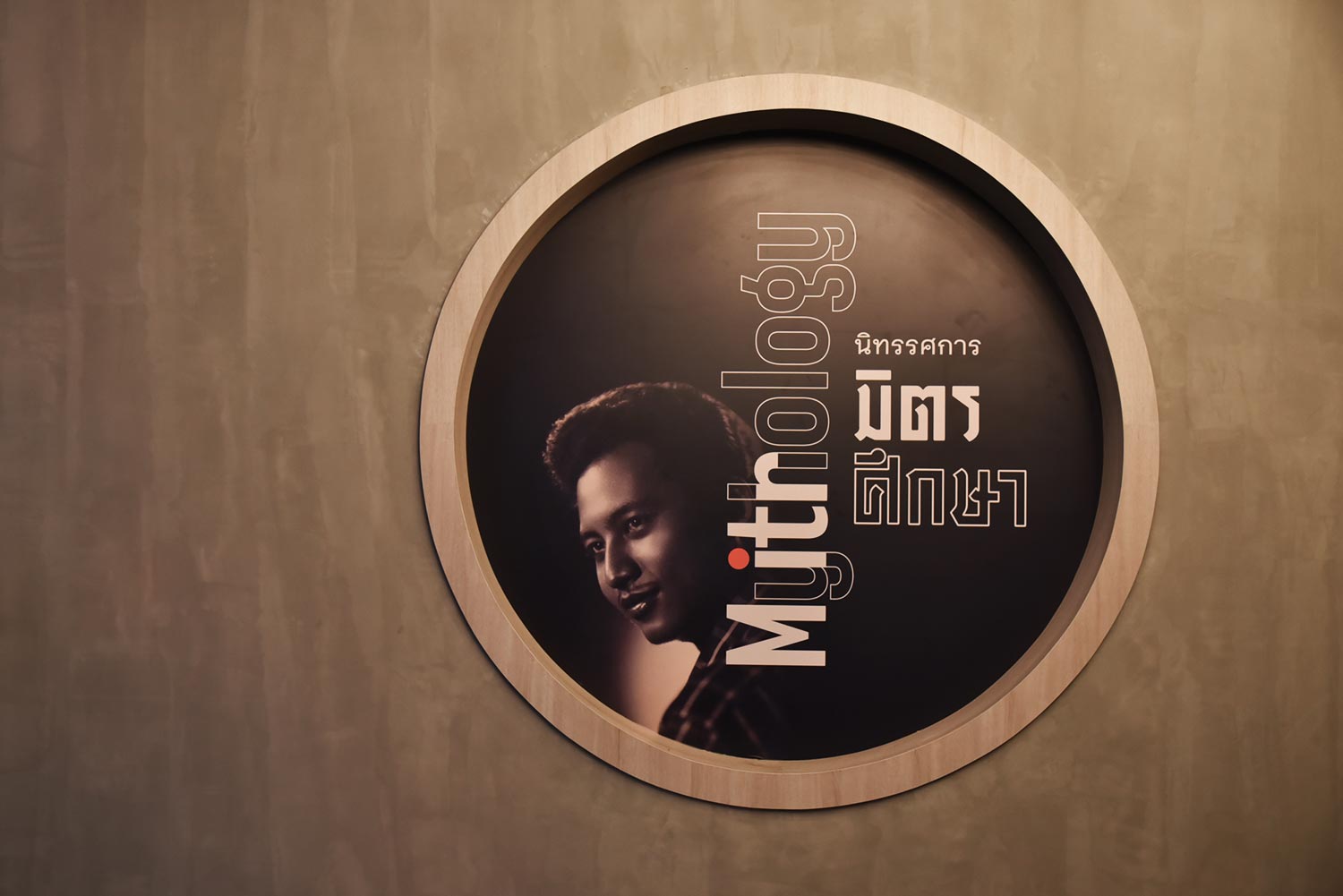 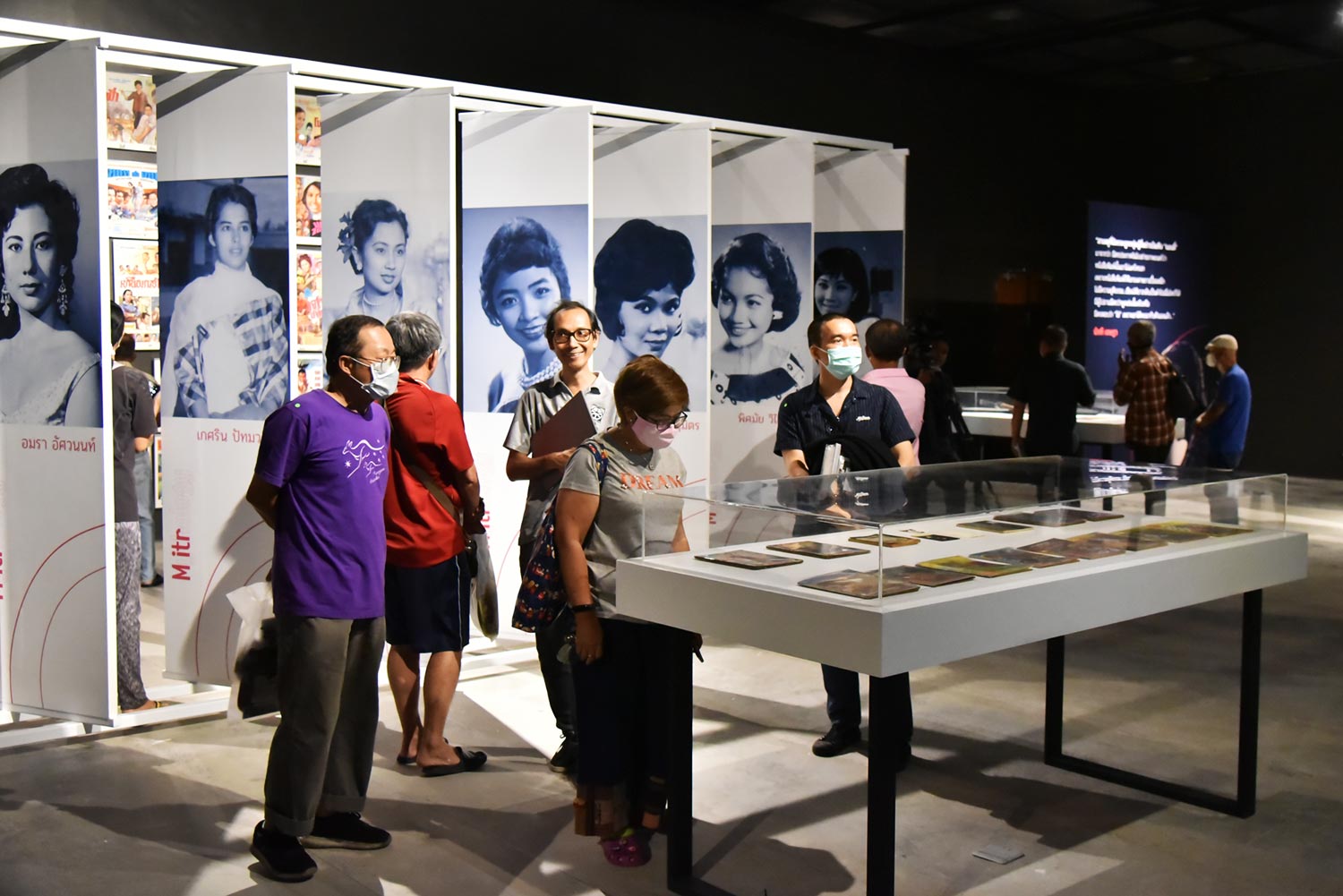 The exhibition displays Mitr’s old photos and movie memorabilia among other rare items.

"Mitr-Mythology" will display all aspects of Mitr's life and career. Once such focus is on his female co-stars, not just Petchara Chaowarat, who with Mitr formed one of the most celebrated hero-heroine partnerships in Thai cinematic history, making about 165 films together.

"Before Petchara, actresses such as Amara Asavananda, Rattanaporn Inthornkamhaeng or Rewadee Siriwila were the ones who played a crucial role in shaping Mitr's image as the hero. They were not just supporting acts, they each had their unique charms that captured the audience and made each film successful."

The exhibition also references the unfulfilled dream of the star outside of acting. Mitr wished to take part in politics, unsuccessfully running for election for the municipal council in 1968 and for the House of Representatives the following year. He also intended to build a Thai film-only movie theatre, with the hopes of further developing the local industry. Unfortunately, this dream collapsed due to his untimely death.

Mitr was born on Jan 28, 1934, in Phetchaburi province. A former boxing champion and air force officer, he made his film debut in late 1956. Although he appeared in many romances, comedies and musicals, it was as an action-adventure star that Mitr became a household name. Along with his striking good looks, a height of 1.85m, and the strong heroic charisma unlike nobody else in show business at the time, Mitr dominated the local movie industry with many hit movies. He starred in more than 300 movies from 1957-1970, the peak period for 16mm films. According to Chalida, 266 movies were released and most of them were in 16mm format, but with no saved negatives. So many of Mitr's films simply disappeared through time. 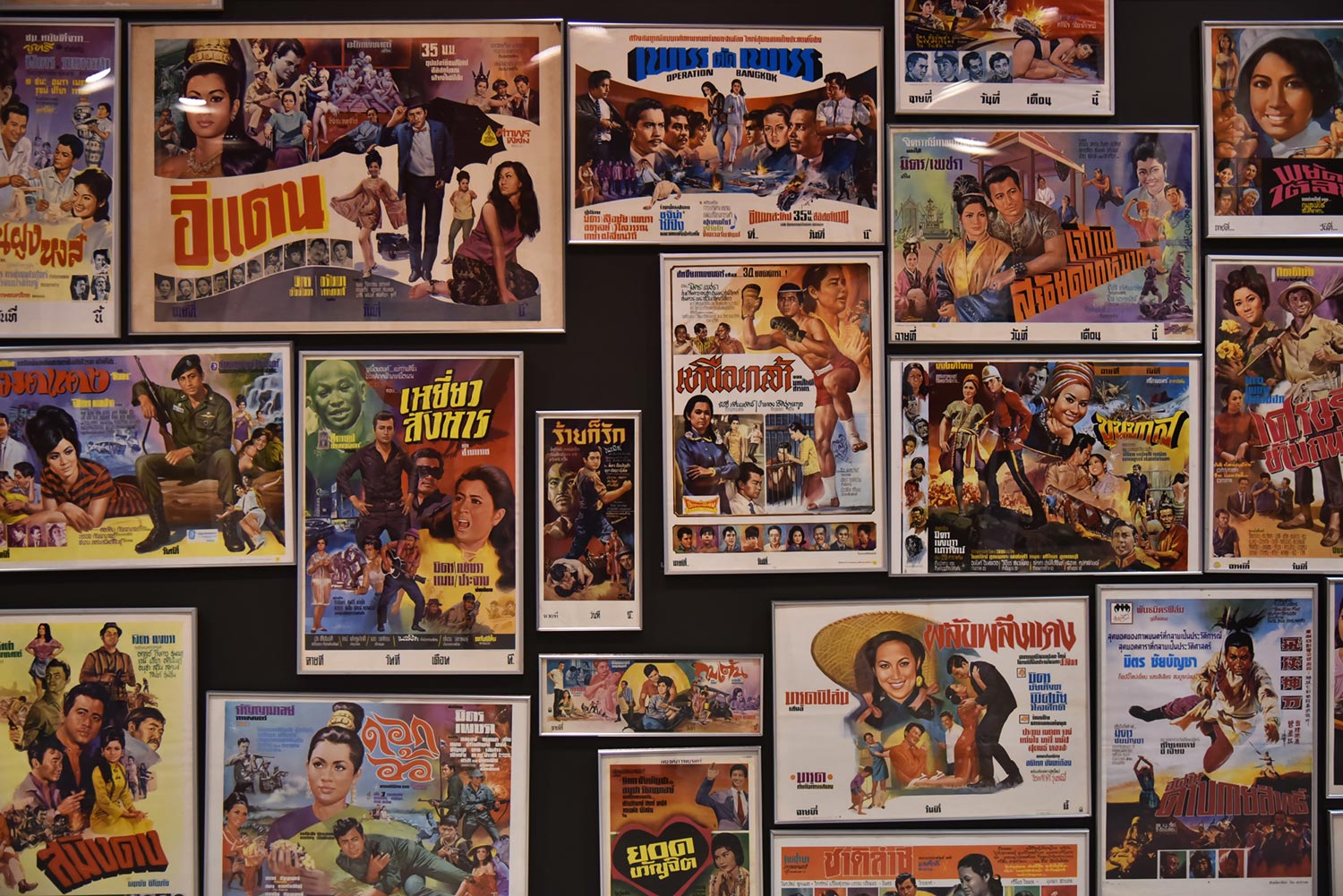 On Thursday, Saturday and Monday, the Thai Film Archive will be screening some of Mitr's rare 16mm films such as Saming Baan Rai (1964) and Saen Rak (1967). Another highlight includes Golden Eagle (1970), the hit action/hero film that Mitr produced himself, and which featured the return of his most iconic character, the masked crime fighter, Insee Daeng (Red Eagle), the secret alter ego of detective Rom Rittikrai.

"We picked films like Saming Baan Rai and Saen Rak because we believe they should satisfy many of Mitr's fans because they are films that have been rarely seen before. And the special part is both of these films will be screening with live dubbing, just like in the old days," said Chalida.

"We hope that 'Mitr-Mythology' can attract a new generation of fans, as well as older generations to rediscover and appreciate the charm of Mitr. The exhibition may not answer every question one might have about Mitr, but we hope it to be the starting point for education and further research on Mitr, and the history of Thai cinema in the academic practice."

All the film screenings are free and will be showing at Sala Cinema, 6th Floor, Sambassatra Suphakit, a multimedia building at the Thai Film Archive, Salaya, Phutthamonthon district. For more information on schedules and to reserve seats call 02-482-2013-14 or 02-482-1087-88.