Life talks with author Avi Jorisch about his new book Thou Shalt Innovate: How Israeli Ingenuity Repairs The World, recently translated into Thai

Jewish author Avi Jorisch's book Thou Shalt Innovate: How Israeli Ingenuity Repairs The World was born in the summer of 2014. 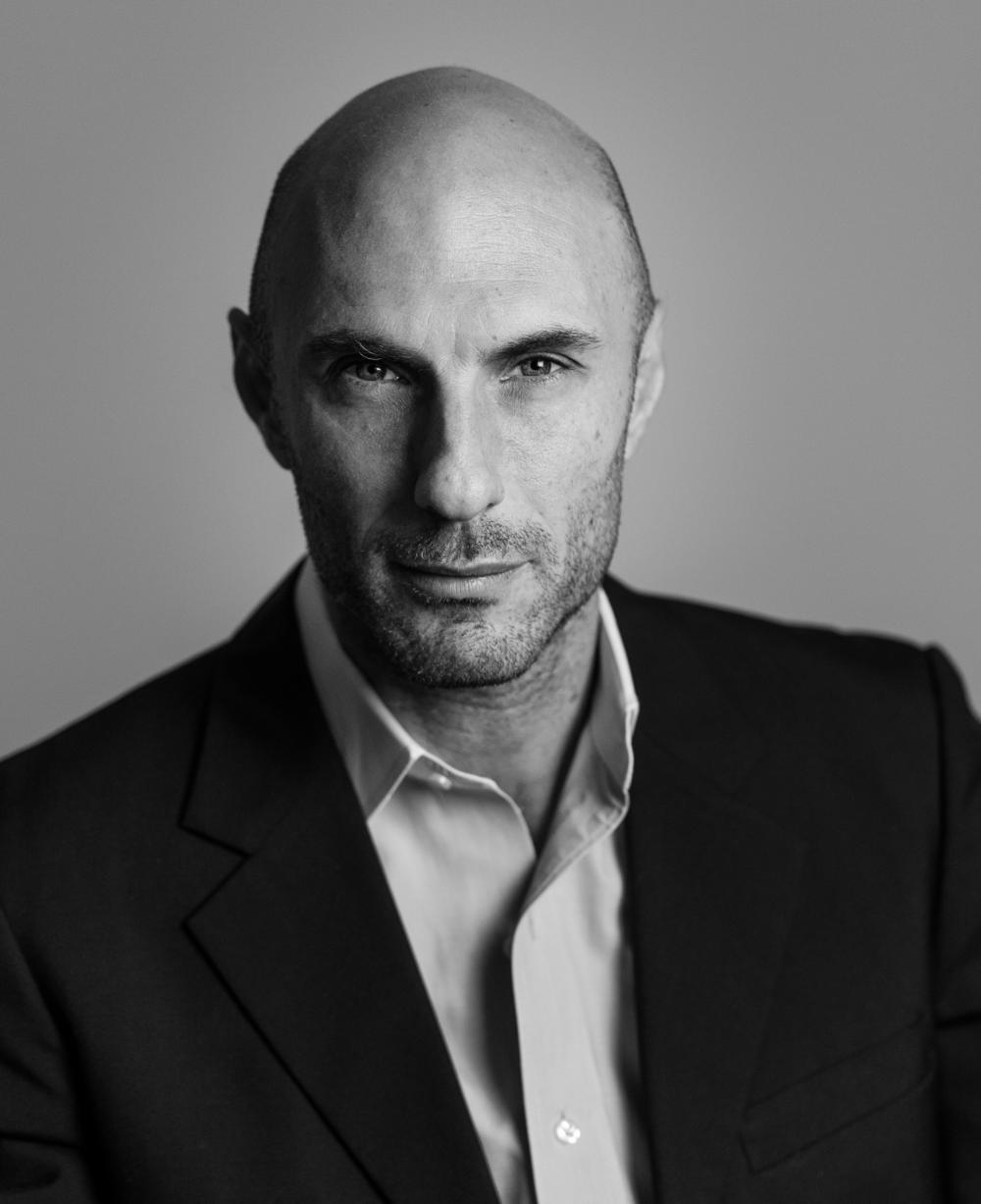 It was during Operation Protective Edge and Israel was fighting Hamas in Gaza when the writer had a personal encounter with one of the country's most sophisticated innovations, the multi-mission mobile air defence system called the Iron Dome. The incident occurred just when the missile-defence system was intercepting missiles and he was carrying his young son to a shelter.

This innovation made quite the impact on Jorisch, a seasoned Middle East analyst, who then went on to pen 15 uplifting profiles on some of the most brilliant Israeli innovators, all contributing to Israel's success as a light unto other nations.

The profiles include those of people involved in technological innovations from a broad spectrum of fields, some of which include solar power, defence, pharmaceuticals and more.

"My family, like the rest of the country, has taken great comfort in the Iron Dome. What I learned that day was that this wasn't the only life-saving innovation that Israel has built, and so I knew I needed to write about the numerous others that are positively impacting the daily lives of people, not just in Israel, but around the world," he said through a phone interview.

Jorisch's latest book has been translated into over 30 languages, the most recent of which was Thai.

He said much of Israel's success in innovations through the centuries has been due to its commitment to tikkun olam, or repairing the world, which is a characteristic found in Judaism's spiritual DNA.

During the interview, Jorisch shared his take on a number of issues, including why he believes Thou Shalt Innovate is a timely book on Israel.

"Israel has achieved remarkable, exponential growth over the last 72 years, and that is a testament to the country's grit, determination and chutzpah. Even with all the challenges it has faced, the Jewish state has made amazing strides since 1948, not only in developing its sparse natural resources, but also in innovations that have benefitted its people and others around the globe," he noted.

"Entire industries and countries are looking to Israel to help them solve their challenges. Israel has over 300 research and development centres owned by multinational companies in various fields, including Apple, Amazon, Facebook, Google, Intel and Microsoft. China, India and the United States now look to Israel to help solve their emerging water needs. Universities around the world are forging strong partnerships and creating joint innovation centres with Israel's best and brightest institutions so as to work together in fields including engineering, biology, physics and chemistry. Also, hospitals, pharmaceutical companies and agriculture ventures are reaching out to Israel to help them cure the sick and feed the needy. The country is a beacon of hope, and its citizens are ready to help solve local and global challenges." 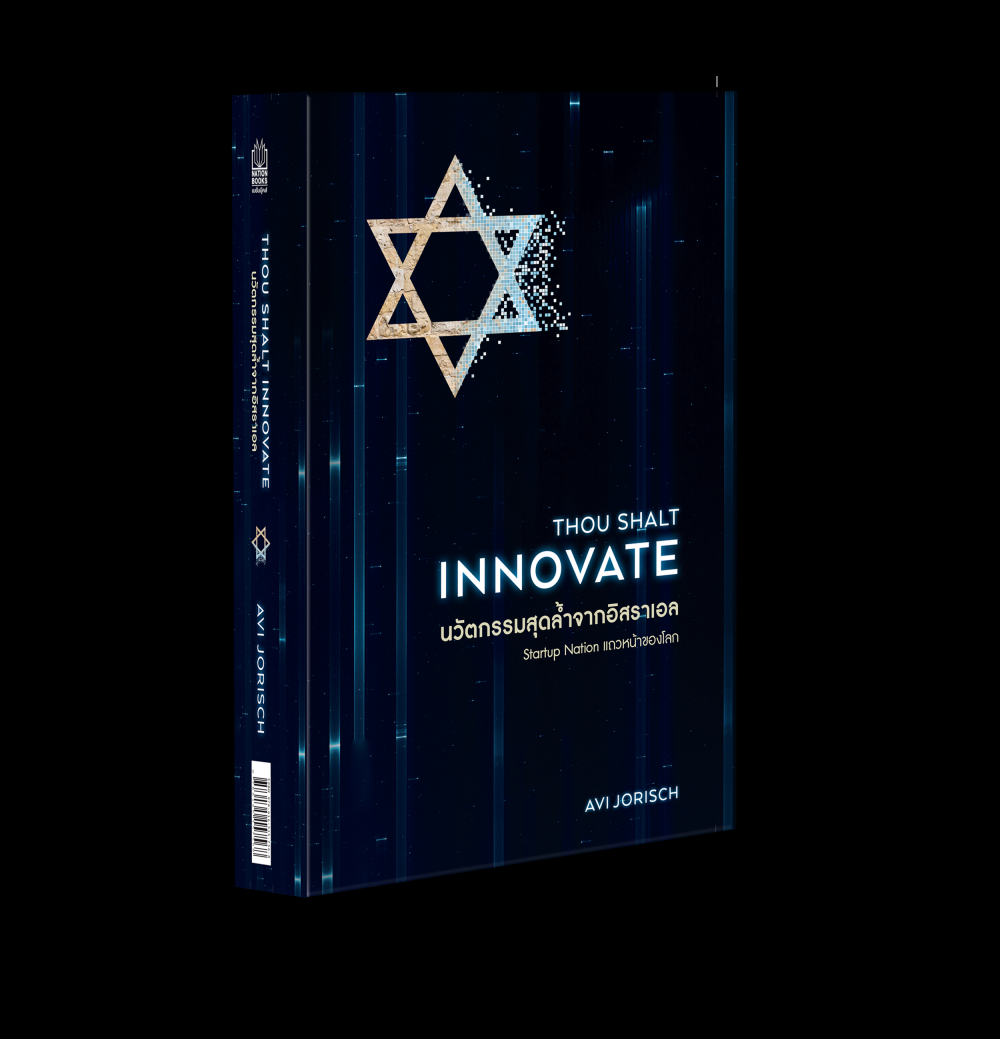 Nevertheless, Jorisch remarked that Israel by no means has a monopoly on good ideas or proper execution.

While elaborating on this, he continued: "All countries, including Thailand, would benefit from tapping into their own cultures in order to apply their own lessons to the industries and professions they have excelled in for centuries. With this said, the Jewish state's achievements that benefit mankind should be celebrated and emulated by the global community."

He expects Israel's global impact to continue into the future, saying: "The innovators featured in my book, along with others, will continue to forge ahead and do their part to make the country -- and the world -- a better place."

When asked how Thai readers could benefit from the stories of the people who have contributed richly to the development of his country, Jorisch said: "I hope that readers will be inspired by the Thai language version of Thou Shalt Innovate: How Israeli Ingenuity Repairs The World. This book not only includes heartwarming stories that underscore the ancient roots of Israel's innovative spirit, but also shows that we are all capable of making the world a better place on both a small and a massive scale. This book strives to provide a blueprint so that entrepreneurs, business leaders, policymakers and government officials can understand both the DNA of innovation and how to put it into practice. The technologies featured in this book are proof-positive that we can leverage humanity's greatest assets to improve the lives of billions of people: we can feed the hungry, we can cure the sick, and yes, we can help the needy.

"We are living in exciting and tumultuous times. In the coming decades, we will witness massive changes in the world, and every aspect of our lives will be deeply affected. Thailand has an important role to play in influencing the global economy and solving the massive problems facing humanity. Echoing the sentiments of Israel's first prime minister, David Ben Gurion, I strongly believe that we all have the privilege and the obligation to tackle some of the gravest challenges of the 21st century."

Jorisch is confident that the ideas that are introduced in this book will help open the minds of Thais to the endless possibilities that are out there to help remedy some of the most pressing issues they face today under the coronavirus.

Much like the innovators in Thou Shalt Innovate, he said, they could improve the lives of a great many Thais, and propel the drive for social change in Thailand and globally.

"The world needs more light than ever, and for the sake of future generations, I implore readers to go out and make it a better place. This book will show you how -- and hopefully inspire you to dream big."

While walking us through the challenges of bringing this book together, Jorisch shared about how he was born into a family of Holocaust survivors and raised primarily in New York City, and also about how he has resided in Israel for long stretches of his childhood, through to his teenage years and into adulthood, because his family's cultural, historical and religious ties were still there.

Sharing his thoughts on Israel, Jorisch said that despite its faults and blemishes, it is a country with miraculous promise and remarkable achievements.

Going back to how it all began for him, Jorisch said: "My interest in Israeli technology was kindled during the summer of 2014, when my family and I lived through Operation Protective Edge, in large part going in and out of bomb shelters. My family, like the rest of Israel, found comfort in the Iron Dome. I marvelled at this invention. It kept Israel from descending into the chaos and carnage that was engulfing the rest of the Middle East.

"Yet something else happened in the summer of 2014. I realised that the Iron Dome was not the only Israeli innovation saving lives. Almost by chance, I began to notice the other innovations around me that were making a real difference in fostering a kinder, gentler world. After every crisis -- whether it was a rocket that came crashing down, a traffic accident, or a random heart attack -- almost immediately an emergency responder appeared riding on a kind of half ambulance, half motorcycle -- an 'ambucycle' -- which was dispatched using an Uber-like smartphone app. My Jerusalem gardener pointed out that he used a special dripper, which I soon learned was being used by farmers all over the world to conserve one of our most important resources -- water -- and feed our growing world population. One of my colleagues was diagnosed with Parkinson's and began undergoing deep brain stimulation to help with his symptoms. I learned that the device being used had been designed by Imad and Reem Younis, an Arab couple from Nazareth. Their innovation has revolutionised brain surgery through a GPS-like system that allows surgeons to treat all kinds of movement and psychiatric disorders by inserting an electrode into the exact part of the brain requiring stimulation."

Jorisch said these stories for him are like small pockets of hope cutting through the darkness that he felt were overtaking the region.

"I wanted to connect with this inspirational side of Israel. I began to deliberately seek out social innovators who were working on challenges -- small and large -- and were making life better for millions, if not billions, of people around the world."

Jorisch said that like many others, he was aware of Israel's incredible record of innovation. But what he hadn't perceived was the extent to which Israel's innovative spirit was having an impact far beyond Israel, addressing some of the world's most pressing social problems.

"It quickly became clear to me that Israel was much more than the start-up nation. It was playing a disproportionate role in helping solve some of the world's biggest challenges."